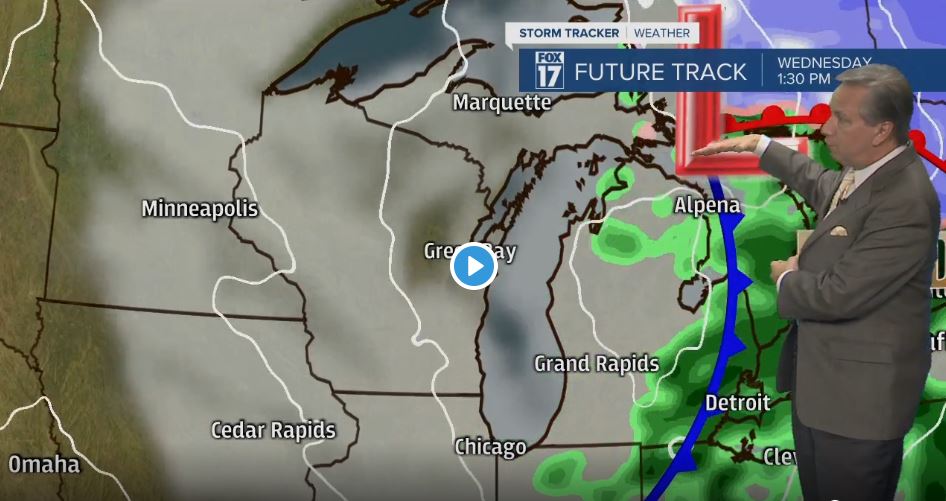 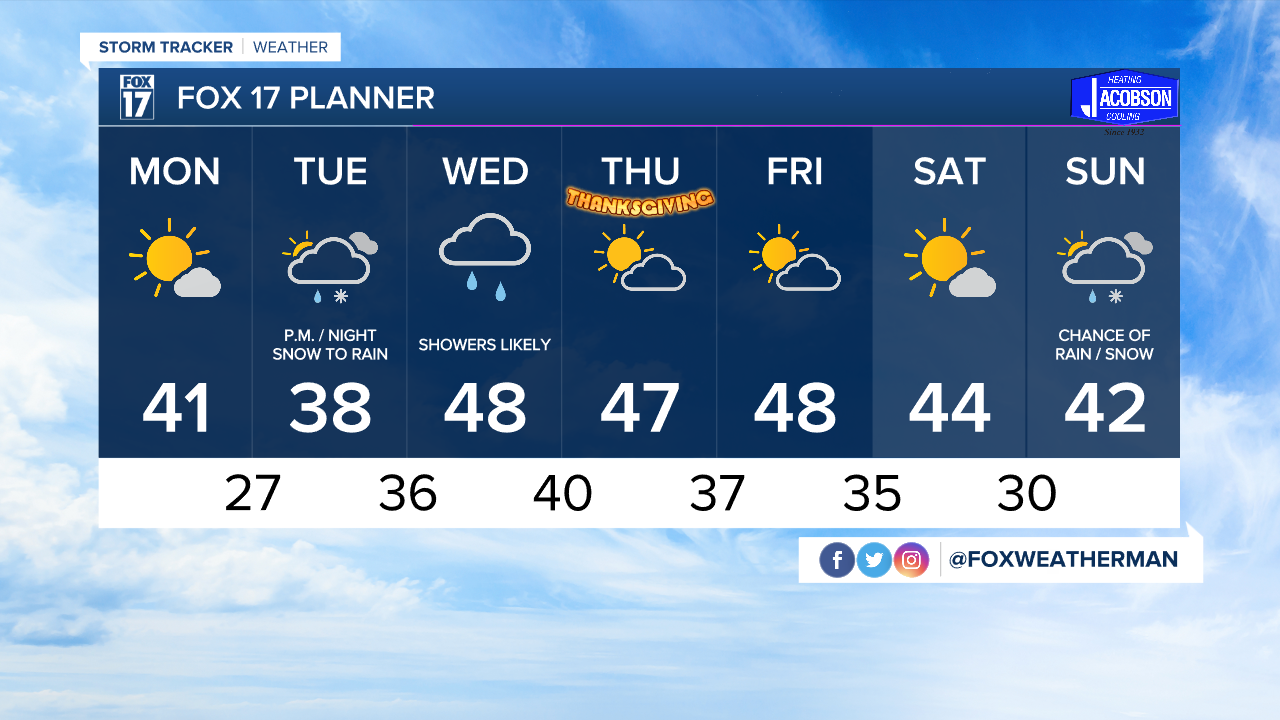 WEST MICHIGAN — The forecast from FOX 17 Chief Meteorologist Kevin Craig: It's possible we pick up a drop or flake overnight, but anything we see would be on the light side. Other than clouds and a few flurries in the morning on Monday, we expect sunshine by the afternoon with highs only in the lower 40s. More snow chances arrive Tuesday afternoon and evening.

TONIGHT: Mostly cloudy with a light rain/snow shower, perhaps even a light dusting on some grassy areas. Lows in the low/middle 30s. Winds southwest/west at 6 to 12 mph.

MONDAY: Morning clouds, perhaps a few flurries, otherwise becoming mostly sunny in the afternoon with highs only in the lower 40s. Winds west-northwest at 7 to 14 mph.

TUESDAY: Some early morning sunshine is possible, otherwise becoming cloudy with a chance of light snow in the afternoon and evening. It's possible we may see an inch or two of accumulation in some areas before mixing with/changing to rain showers in the late evening/overnight. Daytime highs in the upper 30s to near 40. Winds southeast at 10 to 15 mph.

WEDNESDAY: Off/on rain showers likely all day. Warmer too, with highs in the upper 40s.