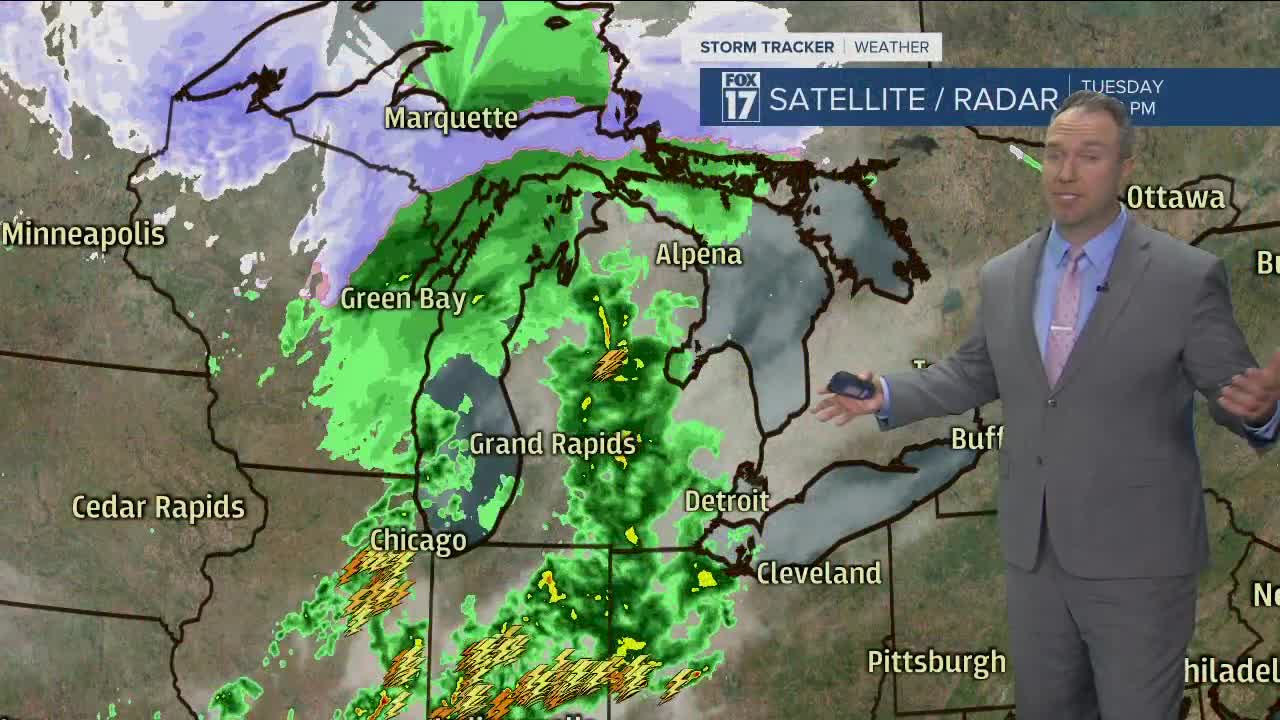 Rainy stretch of weather ahead 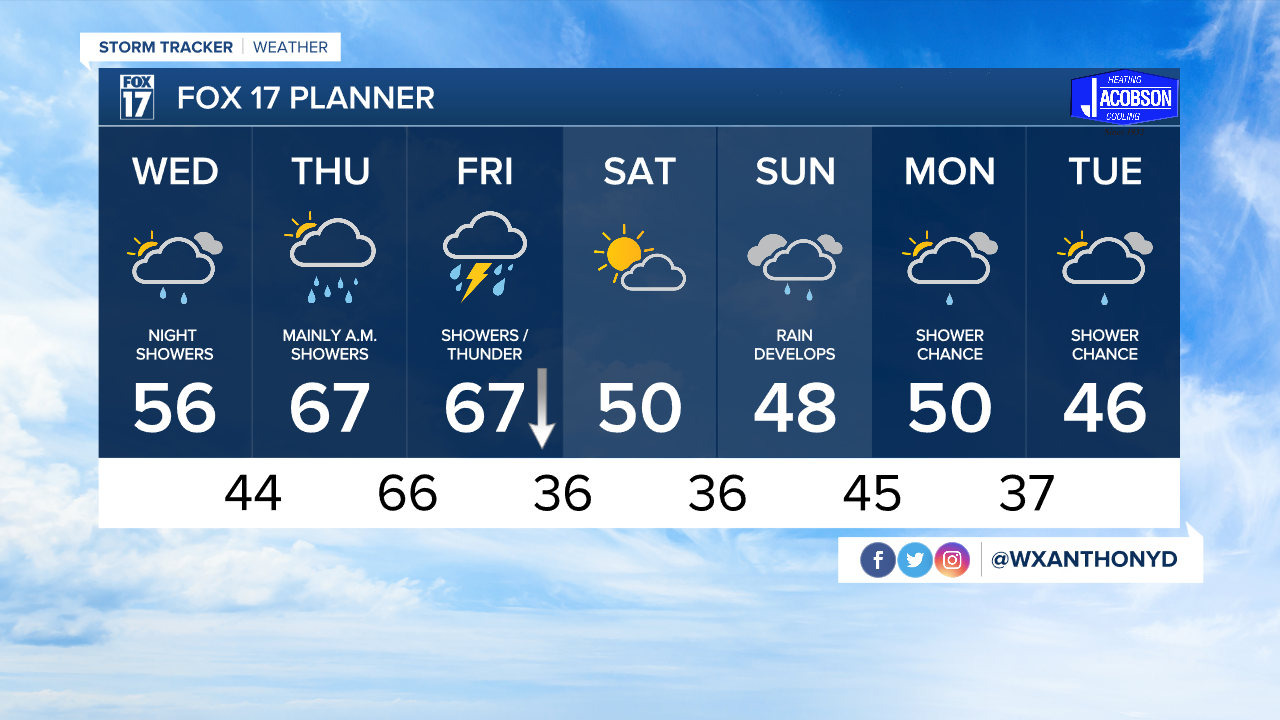 WEST MICHIGAN — WEST MICHIGAN - The forecast from FOX 17 Meteorologist Anthony Domol: Expect showers to develop later this evening and into the early morning hours of Wednesday. Most of Wednesday will be dry with even some afternoon sunshine, but another round of showers and perhaps a thundershower or two arrives late Wednesday night into Thursday morning as a warm front lifts northward into the state. A brief warm-up and drier weather is expected for Thursday afternoon and the first half of Friday with temperatures above average in the mid to upper 60s. Temps will drop off noticeably Friday afternoon as a cold front slides through with more showers and storms setting the stage for a much cooler Saturday and Sunday. Yet another system brings more rain back to West Michigan for the back half of the weekend.

TONIGHT: Thickening clouds with showers developing mid-late evening. Lows in the mid 40s, may rise a bit overnight. Southeast winds turn southwest at 10 to 15 mph with some higher gusts at times.

TOMORROW/WEDNESDAY: Early morning showers depart. Clouds linger in the morning, but some sunshine returns for the afternoon. Highs in the mid to upper 50s. West winds at 10 to 15 mph.

THURSDAY: Early morning showers (perhaps a thundershower) exit by early afternoon as a warm front lifts north. Becoming partly sunny with warmer temps for the afternoon. Highs eventually in the mid to upper 60s during the evening. East winds shift to the southeast and eventually south at 10-15 mph.

FRIDAY: Mostly cloudy with showers and thundershowers likely with a cold frontal passage. Still mild with highs in the mid/upper 60s in the morning, but temps fall during the afternoon behind the front.