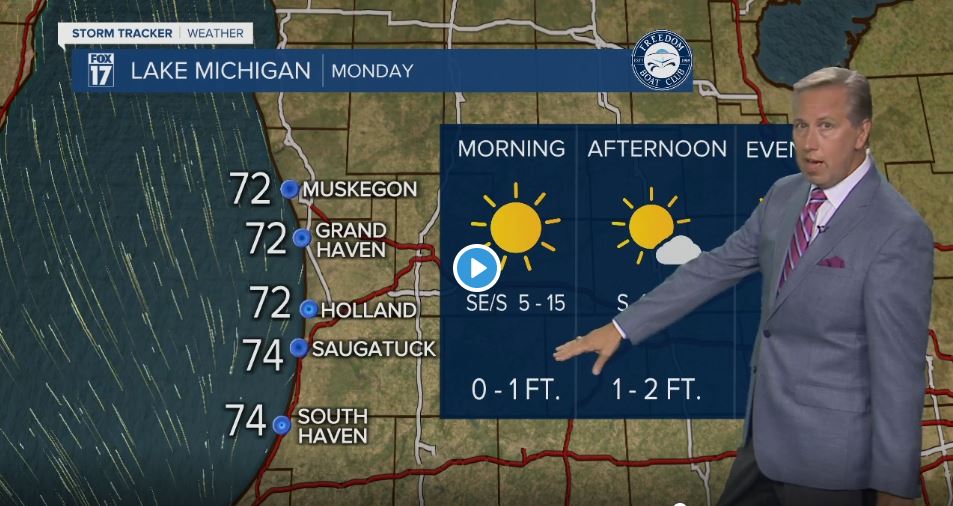 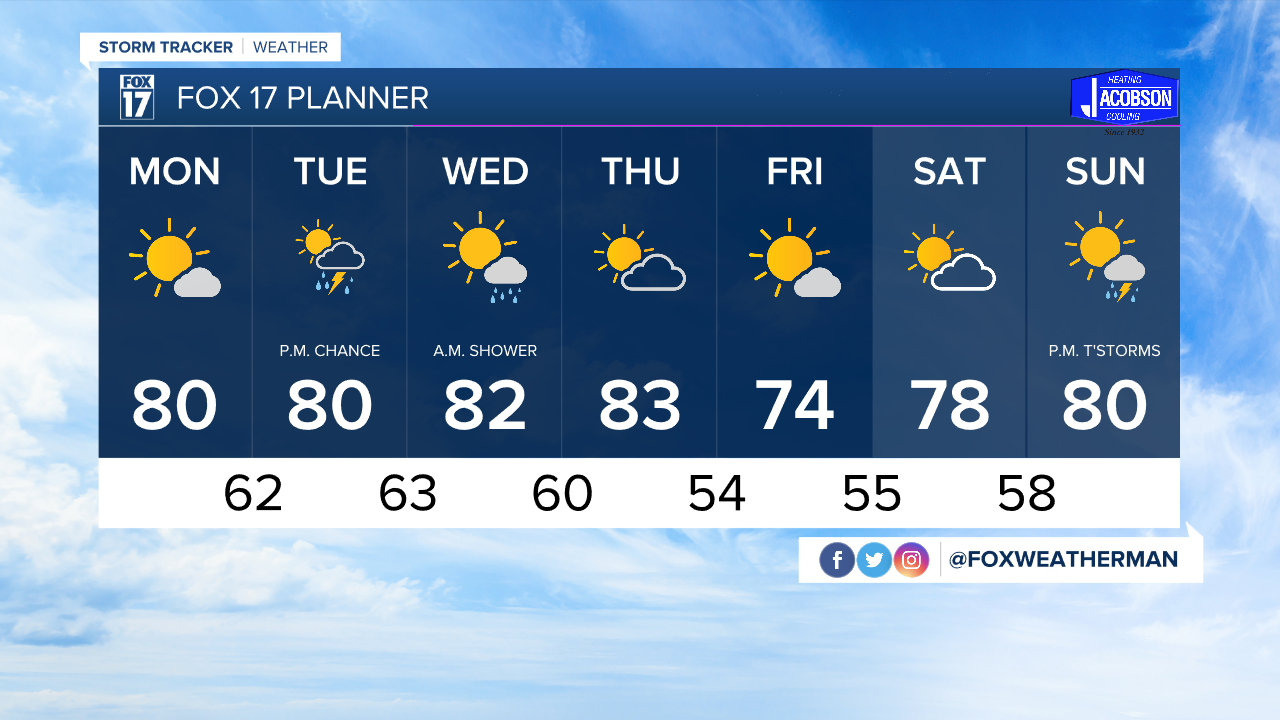 GRAND RAPIDS — The forecast from FOX 17 Chief Meteorologist Kevin Craig: We expect fairly comfortable temperatures this week as we make the transition from August to September. Look for average highs in the upper 70s to around 80, with low humidity levels. Our next rain chance arrives Monday night into Tuesday as a cold front slides through the state. Those chances will linger into early Wednesday morning as a low pressure system rides up the front, but much of the remainder of the week looks dry. In fact, temperatures as we head into the long holiday weekend for the start of Labor Day look to be only in the low/mid 70s! Enjoy. Have a pleasant week.

TONIGHT: Mostly clear to partly cloudy. Lows in the mid 50s. Winds east/southeast at 5 to 10 mph.

MONDAY: Mostly sunny to partly cloudy. a bit warmer. Highs around 80. Winds southeast/south at 6 to 12 mph.

MONDAY NIGHT: Variably cloudy. Slight chance of a shower. Lows in the lower 60s. Winds south/southwest at 5 to 10 mph.

TUESDAY: Partly sunny with an afternoon and evening chance of showers and t'storms. Highs around 80. Winds variable at 5 to 10 mph.