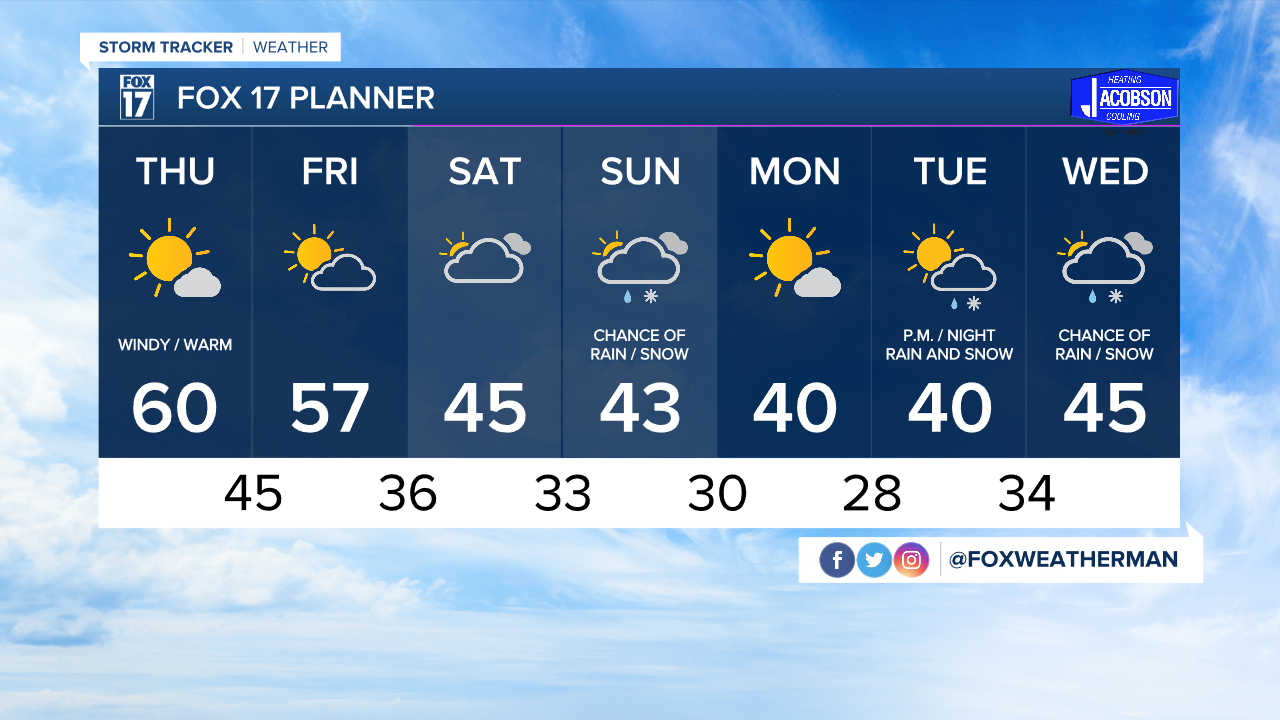 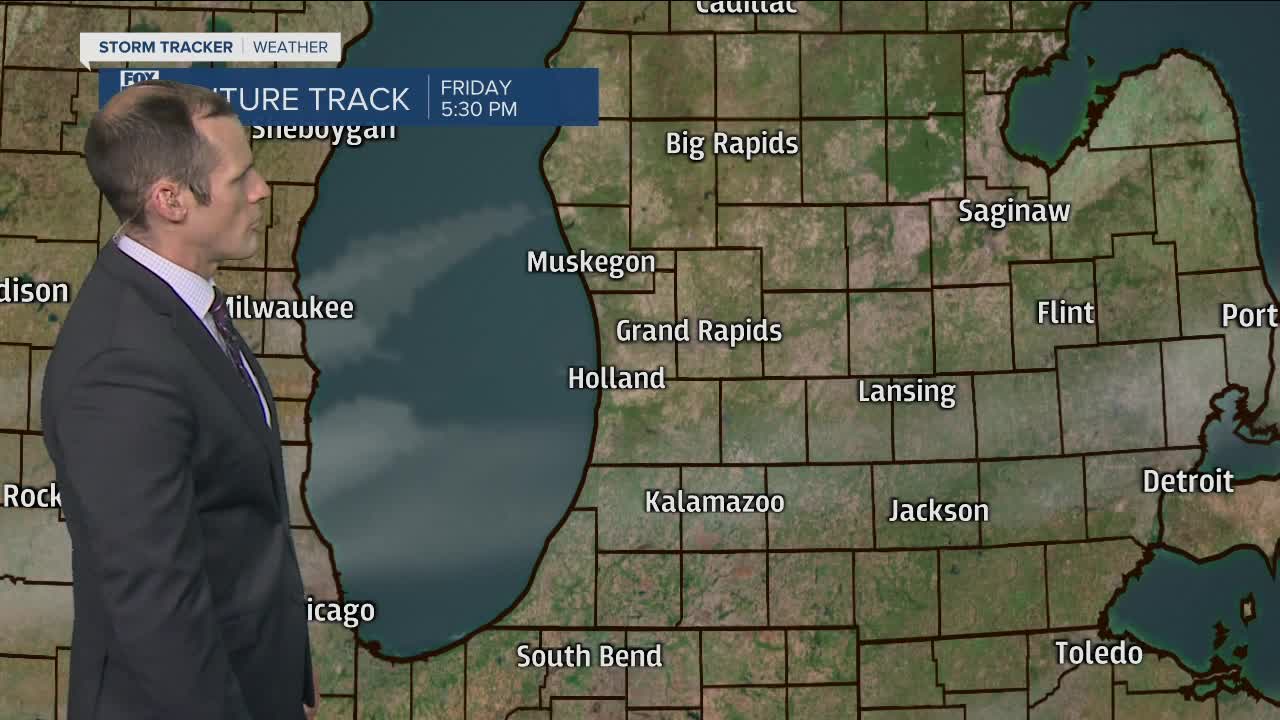 WEST MICHIGAN — The forecast from FOX 17 Meteorologist Ty Shesky: Look for the winds to continue increasing as we head through Wednesday evening and overnight. Temperatures may actually rise a few degrees overnight, and the strong winds will likely drive our high temperatures on Thursday to around 60 degrees from Grand Rapids southward. We expect the winds to remain strong at least through Thursday morning, and breezy during the afternoon and evening. Our next rain chance arrives on Sunday, mainly from Grand Rapids to the south/east. In fact, it may be cool enough to see a rain/snow mix in these areas. There could be an inch or two of accumulation on grassy areas. A better chance of more rain and perhaps some accumulating snow arrives Tuesday afternoon/evening/night as temperatures struggle to reach 40 degrees.

TONIGHT: Mostly clear to partly cloudy and windy. Lows in the upper 30s early, but slowly rising into the low/mid 40s by daybreak. Southwest winds at 15 to 25 mph. Gusts to 40/45 mph.

THURSDAY NIGHT: Partly cloudy, breezy, and mild with lows only in the mid 40s. Winds southwest at 10 to 20 mph.

FRIDAY: Partly cloudy to partly sunny and still mild. Highs in the mid/upper 50s. Winds southwest/west at 10 to 15 mph.

SATURDAY: Some morning sunshine, otherwise the clouds will gradually thicken. Cooler too. Highs only in the middle 40s.