More bouts of rain in the 7-day 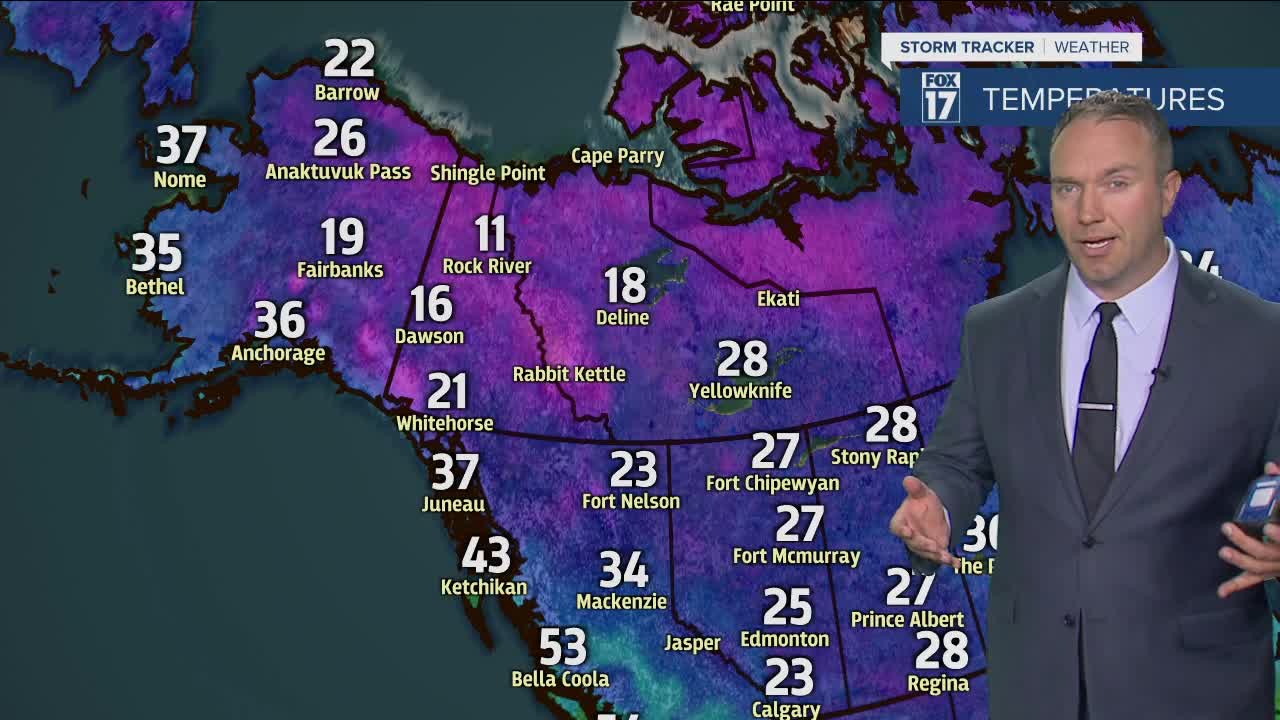 More showers in the 7-day GRAND RAPIDS — WEST MICHIGAN - The forecast from FOX 17 Meteorologist Anthony Domol: After a dry day on Tuesday, look for another round of showers later Tuesday evening into the early morning hours of Wednesday, and then again late Wednesday evening/night. A brief warm-up is expected for Thursday and Friday with temperatures above average in the upper 60s. The warming will end on Friday as a cold front slides through with more showers and storms setting the stage for a much cooler phase for next weekend.

TUESDAY: Partly sunny to mostly cloudy and dry. Highs in the low 50s. East winds at 7 to 14 mph.

TUESDAY NIGHT: Cloudy with showers developing. Lows in the upper 40s. Southeast winds turn to the west at 10-15 mph with some higher gusts at times.

THURSDAY: Early morning showers exit throughout the morning as a warm front lifts north. Partly cloudy skies with warmer air for the afternoon. Highs in the upper 60s.