East of US-131 will see clearing skies and frost 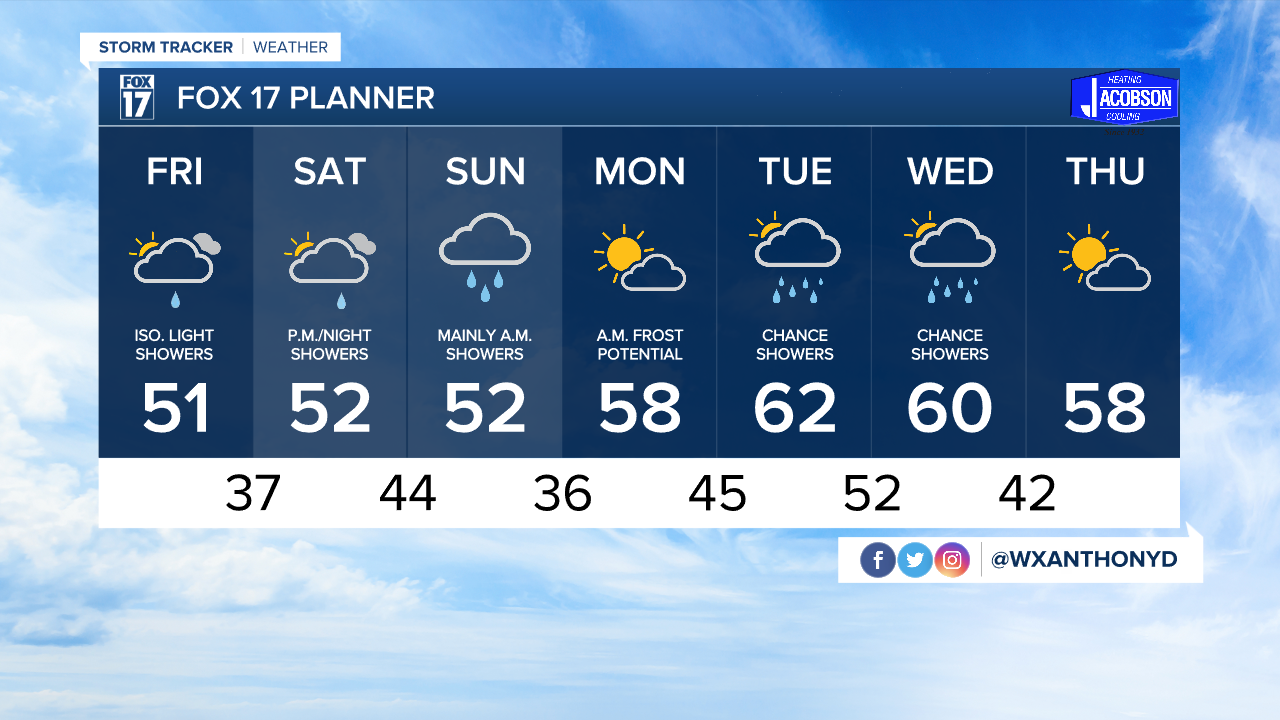 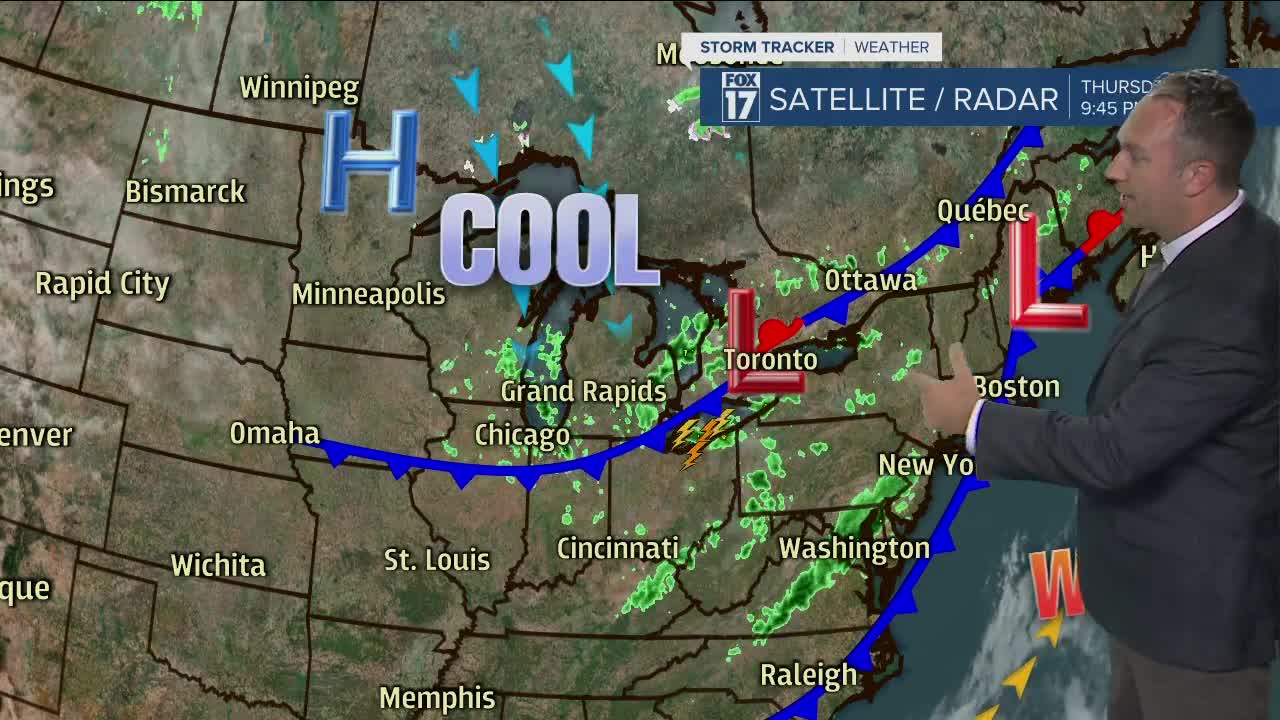 WEST MICHIGAN — The forecast from FOX 17 Meteorologist Anthony Domol: Another day, another cold front. This one is to bring in the coldest air we will experience in the extended forecast, with both highs and lows more to early November standards through Sunday. The cold front will also shift our wind to the north tonight. Once the clouds and rain fade after sunset, the northerly wind will clear out the inland counties and push any lake-effect rain and cloud cover to the immediate lakeshore. This will lead to frost developing for locations along and east of US-131 by Friday morning. The winds shift back to the west late Friday morning, meaning all the clouds will funnel back into the area off of the lake, leading to a partly sunny to mostly cloudy day to wrap up the week. There could also be a few spotty ight showers tomorrow, too, thanks to Lake Michigan.

OVERNIGHT: A few lingering showers and mostly cloudy skies along the lakeshore. Mostly clear skies along and east of US-131 with frost likely by Friday morning. Lows in the mid 30s. Winds north to northwest at 5 to 10 mph.

FRIDAY: Some sunshine in the morning but clouds will build again for the afternoon and evening. A few light showers possible with the cloudier skies. Highs struggle, topping out around 50°. Lows in the 30s overnight will once again bring the chance of frost.

SATURDAY: Becoming mostly cloudy. A slight chance for an afternoon/evening shower. Remaining chilly with afternoon highs in the lower 50s.