Pattern remains rather cool through the 7-day 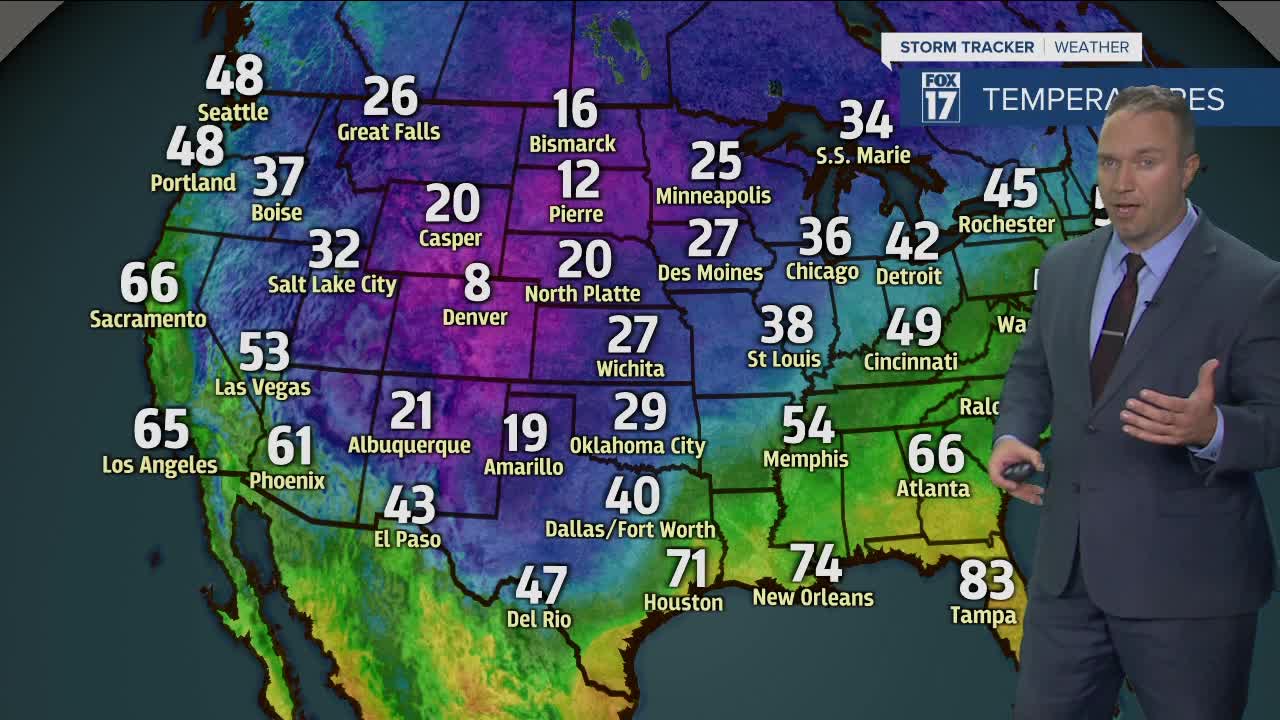 Cool pattern in control thru weekend 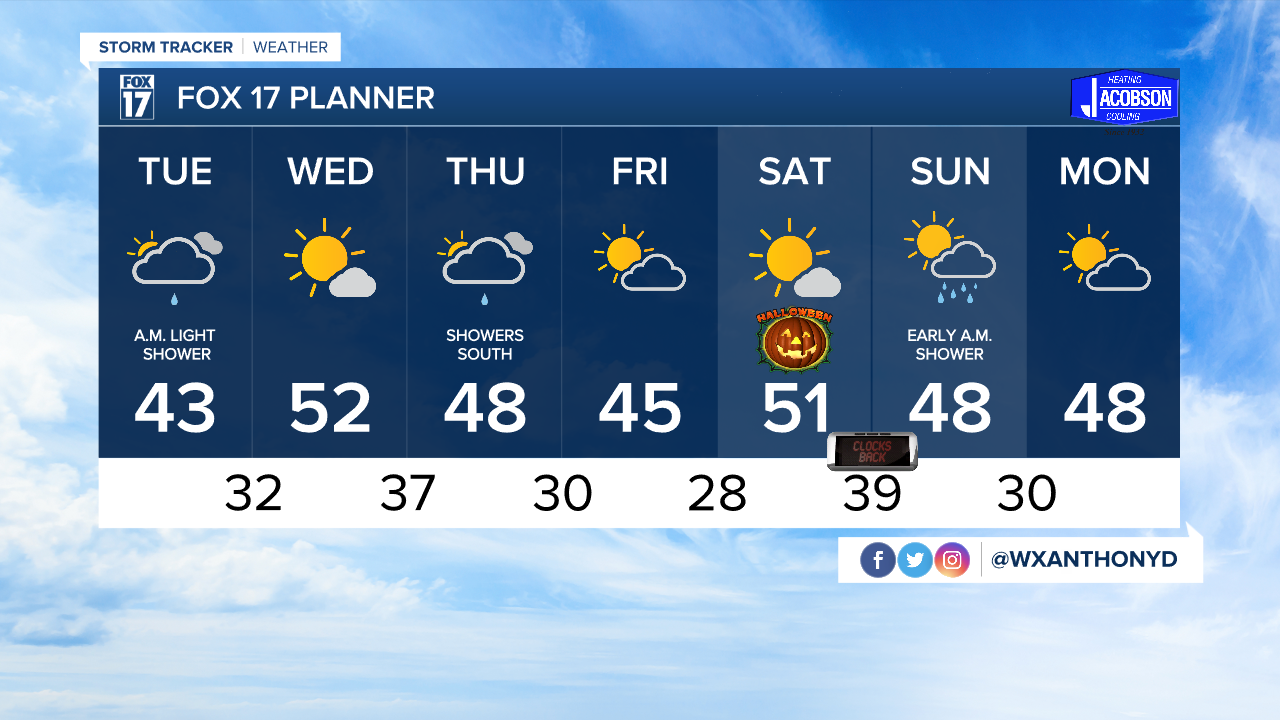 WEST MICHIGAN — The forecast from FOX 17 Meteorologist Anthony Domol: A southwest flow in the middle and upper levels of the atmosphere will continue to maintain a good deal of cloud cover and cool conditions through Monday. Weak upper-level energy combined with a little moisture from Lake Michigan will give us the chance for a few sprinkles or spotty light showers through today. A fair amount of clouds will hang on for Tuesday, keeping temperatures quite cool in the 40s. High pressure and drier air works into West Michigan by late Tuesday and into Wednesday providing for a return to sunshine and more mild temperatures. A new system picking up some moisture from the remains of Tropical Storm/Hurricane Zeta may bring showers far enough northward to give us some shower chances mainly south of I-96 on Thursday. Halloween weekend looks dry and pleasant with temperatures in the 50s.

TONIGHT: Mostly cloudy. A drop or flake possible. Lows in the low/mid 30s. Light northwest winds become calm by late evening and for the overnight.

TUESDAY: Mostly cloudy. A few light showers or sprinkles/flurries possible in the morning along/west of U.S. 131. Becoming partly sunny during the afternoon. Highs in the middle 40s. West southwest winds at 5 to 15 mph.

THURSDAY: Increasing clouds and rain shower chances mainly along and south of I-96. Highs in the upper 40s.