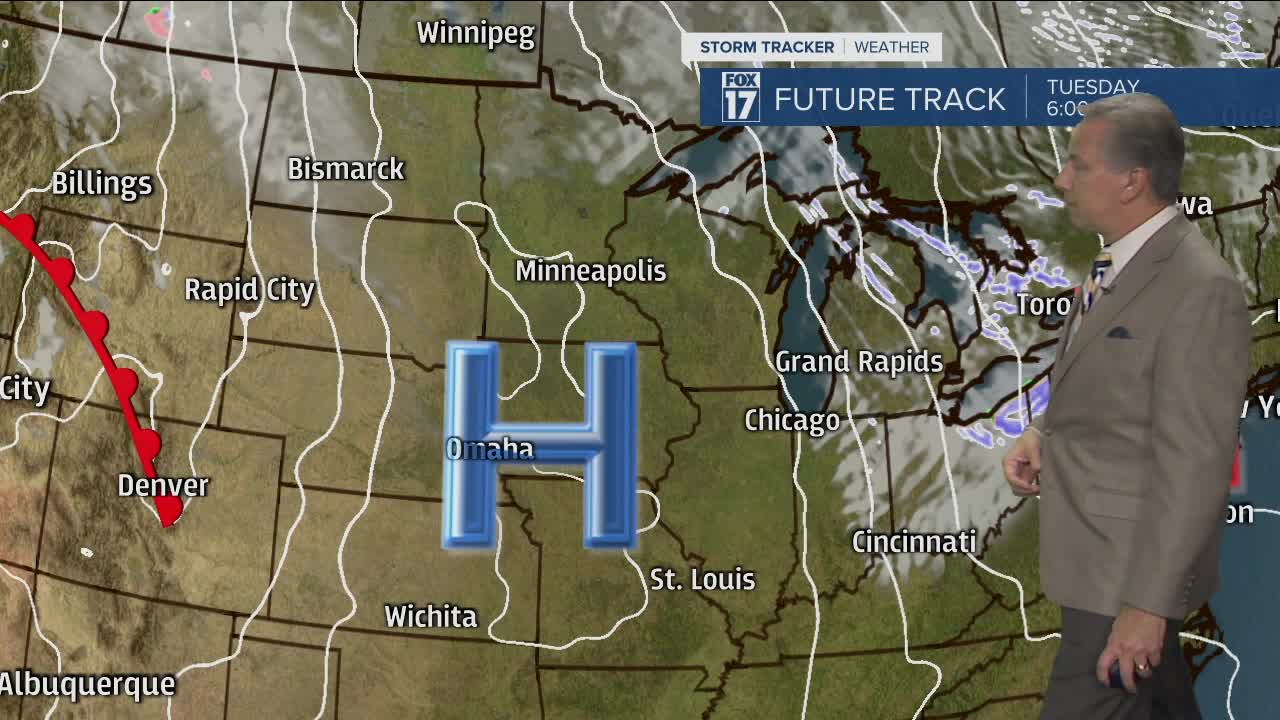 Breezy and Cool on Tuesday 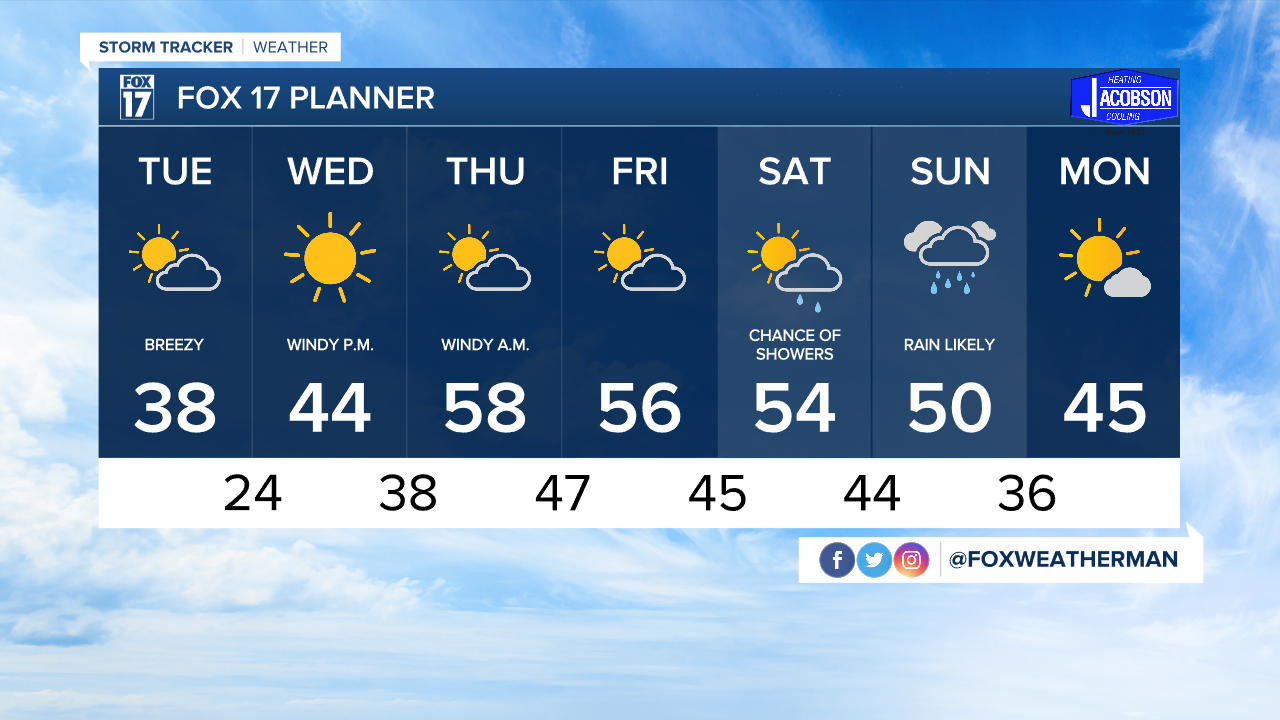 WEST MICHIGAN — The forecast from FOX 17 Chief Meteorologist Kevin Craig: Look for light rain and snow showers this evening and early overnight as a weak disturbance moves through the state. There may be enough of a burst to turn the grassy areas white, especially north of Grand Rapids. We expect breezy and cool conditions on Tuesday, with a significant warm up into the upper 50s by Thursday.

TONIGHT: A few drops or flakes early, otherwise becoming partly cloudy late into the daybreak hours. Lows around 30. Winds west/northwest at 5 to 15 mph.

TOMORROW/TUESDAY: Partly cloudy to partly sunny, breezy, and cool. Highs only in the upper 30s. Winds west-northwest at 10 to 20 mph.

WEDNESDAY: Mostly sunny to partly cloudy and pleasant. A bit warmer. Becoming windy in the afternoon/evening. Highs in the low/mid 40s. Winds south at 15 to 25 mph.

THURSDAY: Partly cloudy, windy, and warmer. Highs between 55 and 60!