Tonight's Forecast: Warm & muggy with a chance of showers/t'storms 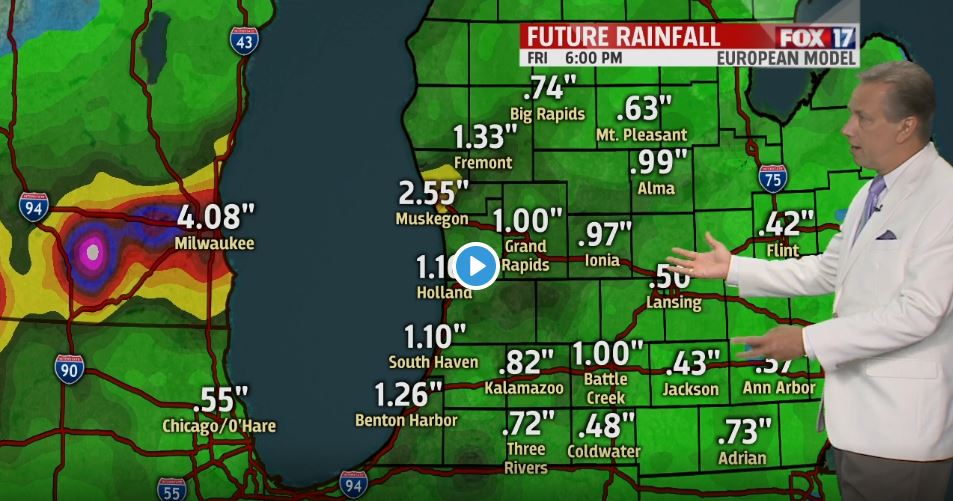 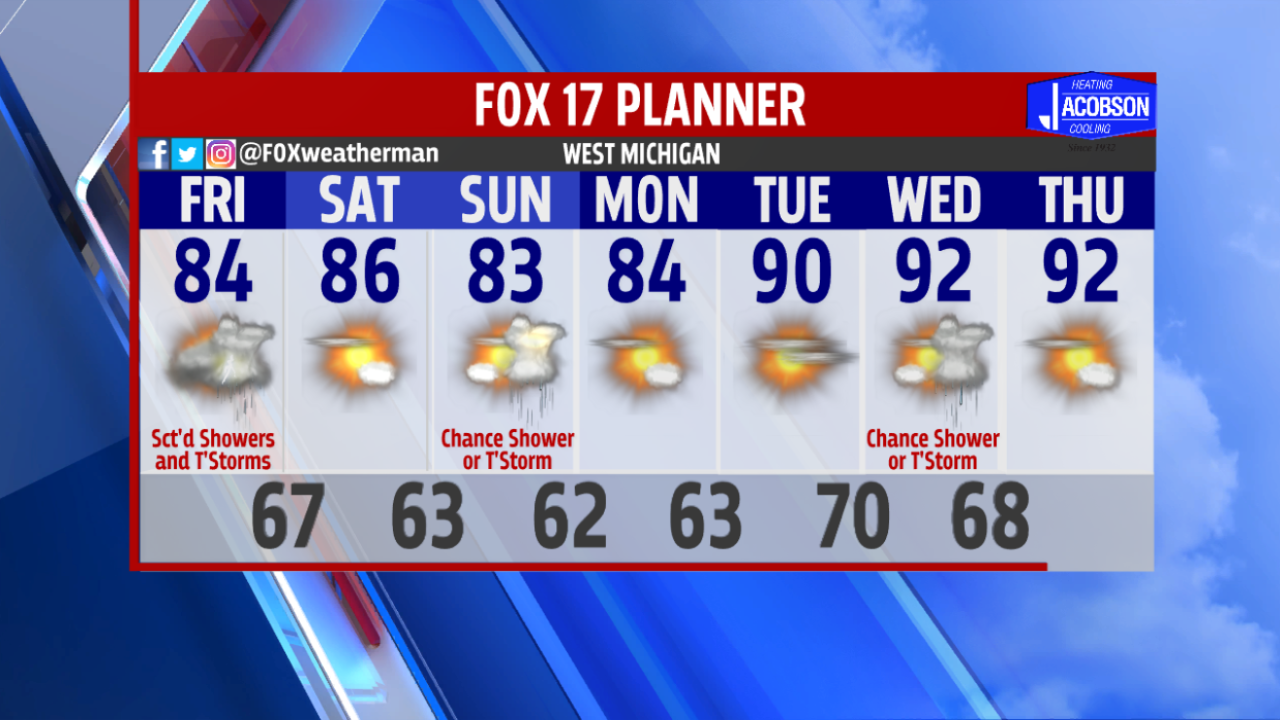 GRAND RAPIDS — The forecast from FOX 17 Chief Meteorologist Kevin Craig: Scattered showers and thunderstorms already impacted several communities Thursday afternoon. Rain between 1" to 2" has fallen in spots, with more expected overnight into Friday morning. Our heatwave will end Friday as temperatures will be held down into the low/mid 80s. Temperatures will remain in the 80s until Monday with lower humidity! The only other chance of rain over the weekend will be on Sunday, but most will stay dry. Another heatwave will likely build by the middle of next week.

TONIGHT: Becoming mostly cloudy with a chance of showers and thunderstorms after 3 A.M. Warm and muggy too. Lows in the low 70s. Winds southeast at 5 to 10 mph.

FRIDAY: Partly sunny to mostly cloudy with a few widespread showers and thunderstorms likely through early to mid afternoon. Still somewhat warm and muggy. Highs in the lower 80s. Winds southeast/northwest at 10 to 15 mph.

SATURDAY: Mostly sunny and slightly cooler and drier. Highs in the middle 80s.

SUNDAY: Partly cloudy and cooler. Chance of an isolated shower/t'storm. Highs in the lower/middle 80s.