Heat Wave of 90 or Better Continues This Week 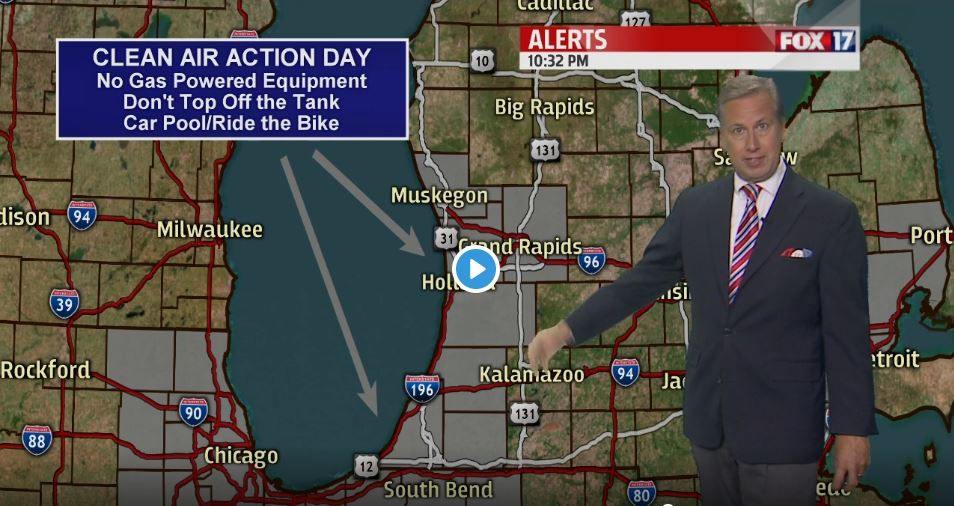 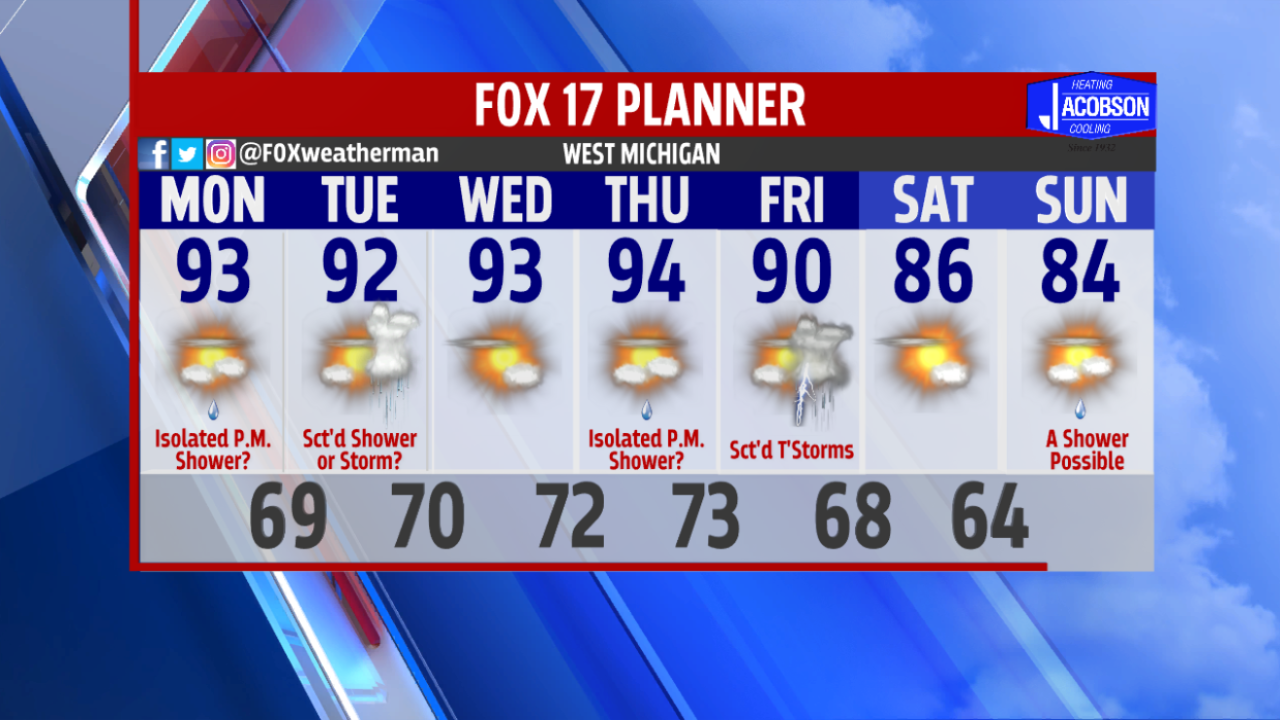 GRAND RAPIDS — The forecast from FOX 17 Chief Meteorologist Kevin Craig: Look for mostly sunny to partly cloudy skies and hot conditions as our heat wave of 90 degrees or better continues this week. We'll also increase the humidity this week as opposed to the generally dry/hot weather we've been seeing. There are minimal chances for an isolated shower/storm in the afternoon hours, especially inland. If you get caught under one of these cells, there will likely be a brief, heavy downpour, but consider yourself lucky as they will be very scattered. Our best chance for more widespread, prolonged showers/storms arrive on Friday with a stronger frontal system. Behind this system, high temperatures will cool back into the low/mid 80s this weekend, but there are indications more heat will build the following week.

MONDAY: Clean air action day! Mostly sunny to partly cloudy and hot. A bit more humid. An isolated shower/storm is possible in the P.M. hours. Highs in the low 90s. Winds south/southwest at 5 to 10 mph.

TUESDAY: Partly cloudy to partly sunny with an isolated to scattered shower/t'storm possible as a weak front lifts through the state. Humid too with highs in the low 90s. Winds southwest at 5 to 110 mph.

WEDNESDAY: Mostly sunny to partly cloudy and hot. Highs in the low/middle 90s with a heat index between 95 and 100.