Tonight's Forecast: Mostly clear to partly cloudy, not as cool 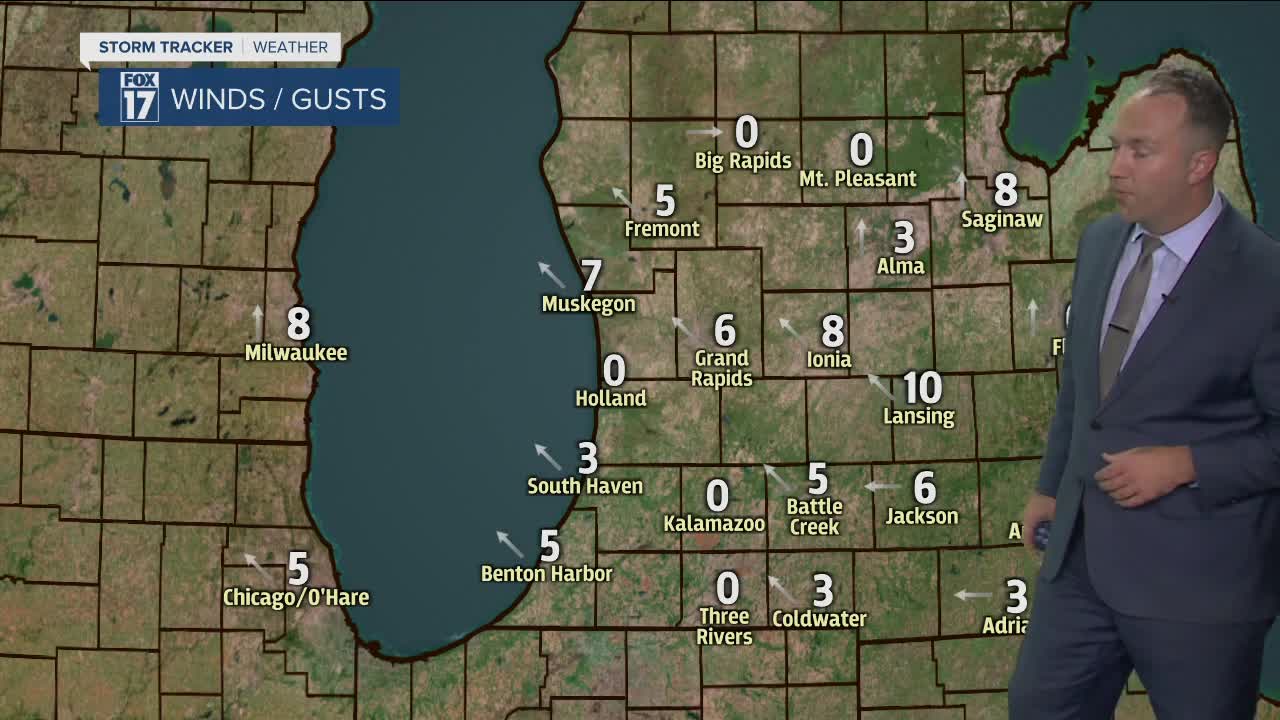 Warm and dry trend to continue 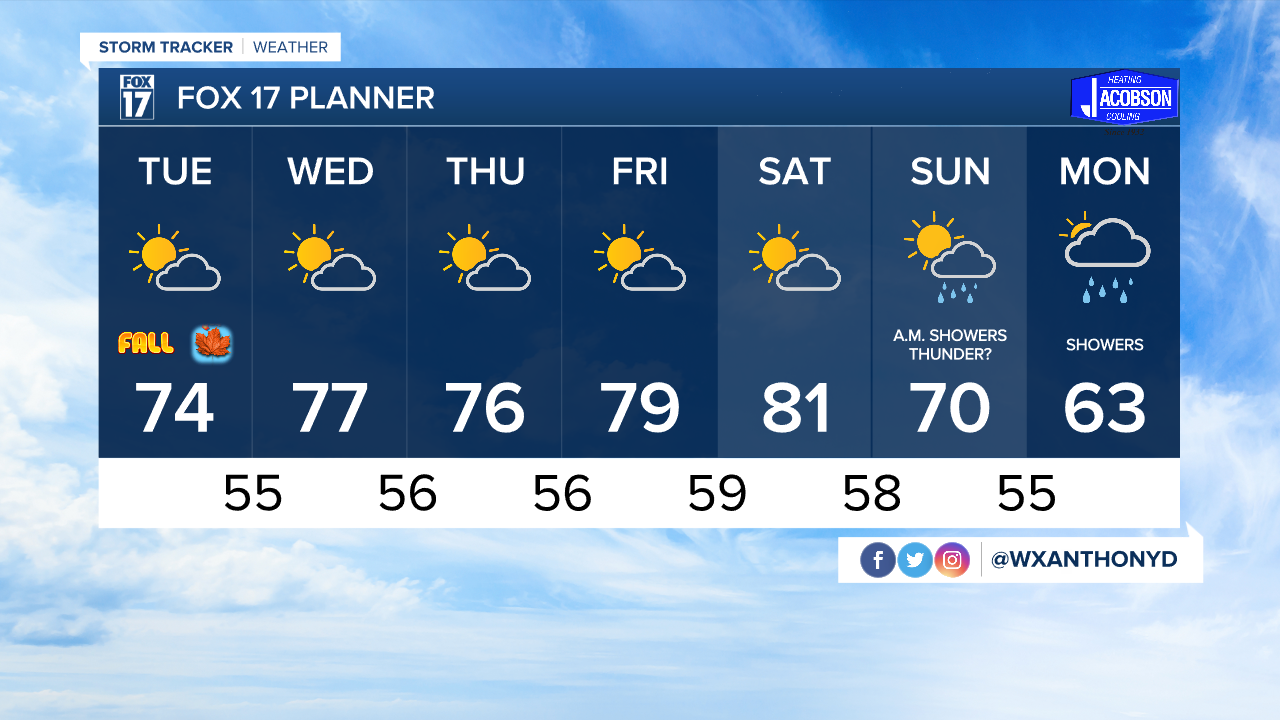 WEST MICHIGAN — The forecast from FOX 17 Meteorologist Anthony Domol: As expected, a smoky haze has been around here on Monday creating a filtered appearance to sunshine and likely holding us down a degree or two. Nonetheless, the warmer trend of the past couple of days is to continue into the middle of the week. The smoky haze will be around tomorrow as well but overall the smoke should be a little bit lesser in thickness. A few more clouds will get into the mix though on Tuesday so the net result will be partly cloudy skies. Fall begins at 9:31 A.M. tomorrow! Our best shot to hit 80+ degrees will be on Saturday ahead of the approach of a late evening or overnight cold front which will bring our next chance for showers. A second chillier and windier system may bring a better chance for rain at some point next Monday.

TONIGHT: Mostly clear to partly cloudy. Lows in the lower 50s. South-southeast winds at 5 to 10 mph.

WEDNESDAY: Mostly sunny to partly cloudy and even a little bit warmer. Highs in the mid/upper 70s. Southwest winds at 5 to 15 mph.