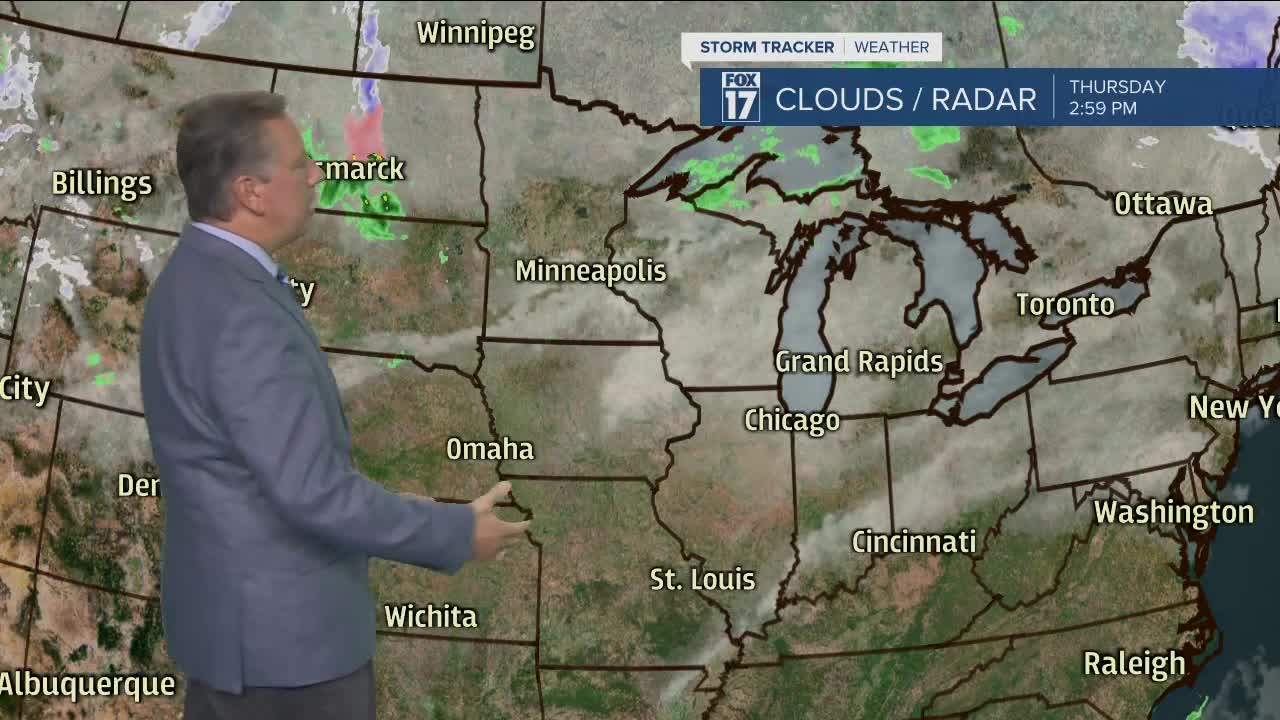 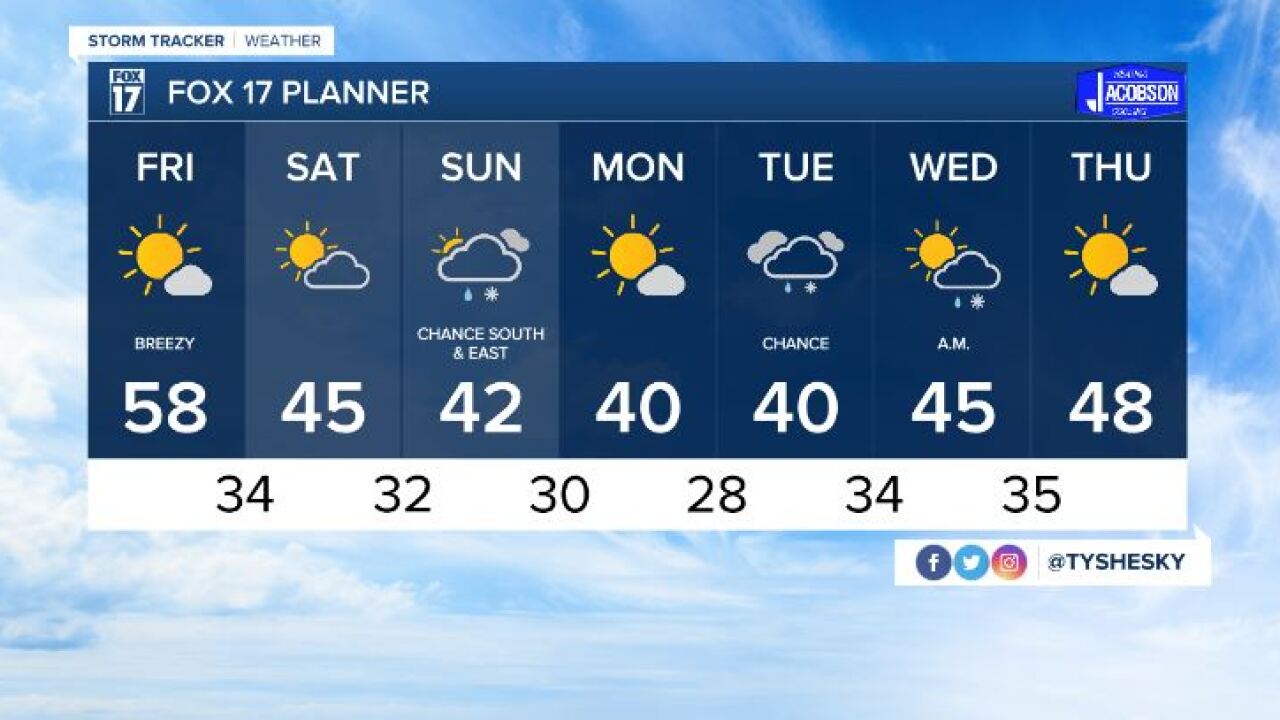 WEST MICHIGAN — The forecast from FOX 17 Meteorologist Ty Shesky: A cold front will drift through the area on Friday morning, but the real cool-down won't get here until later Friday night and Saturday morning. Highs will still be 10 to 15 degrees above average on Friday afternoon with west/southwest winds that could still gust to 25 to 30 mph. A low pressure system passing to the south and east of us could bring a light mix of rain and snow to parts of the area on Sunday and Sunday night -- mainly south and east of Grand Rapids.

SATURDAY: Mostly sunny to partly cloudy early, with clouds thickening by evening. Cooler with highs in the middle 40s. Winds north-northwest at 5 to 10 mph.