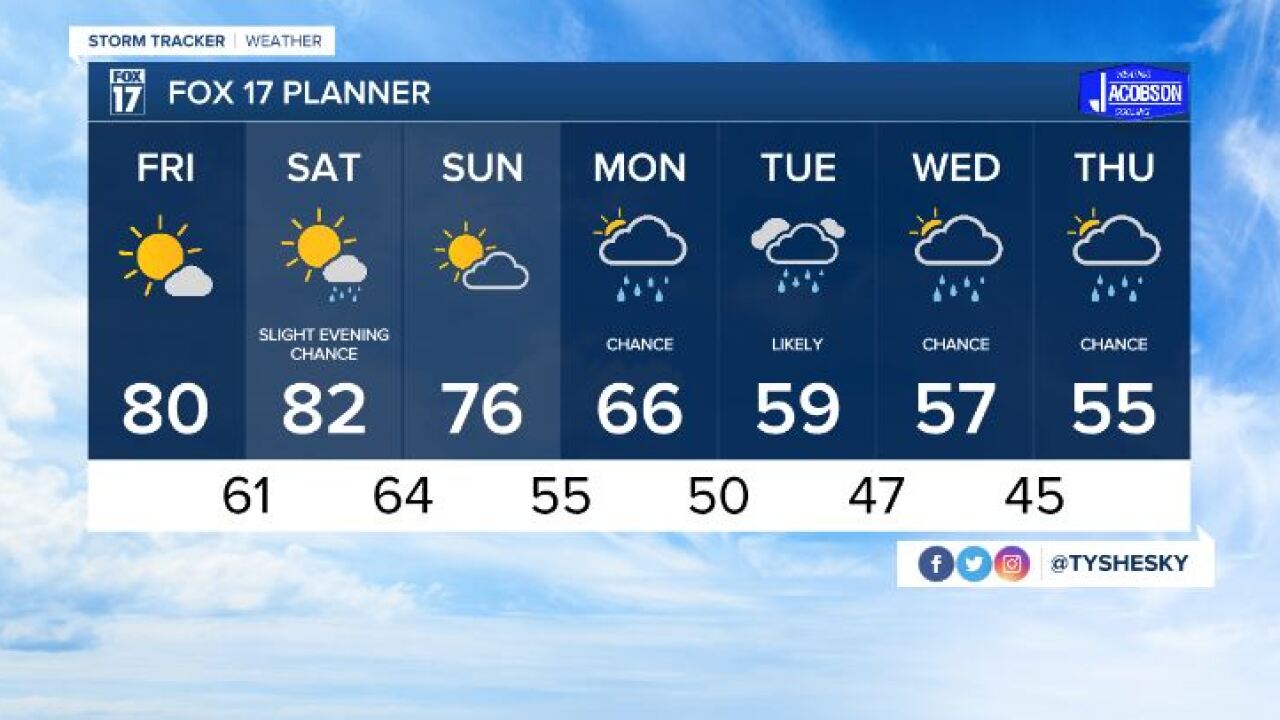 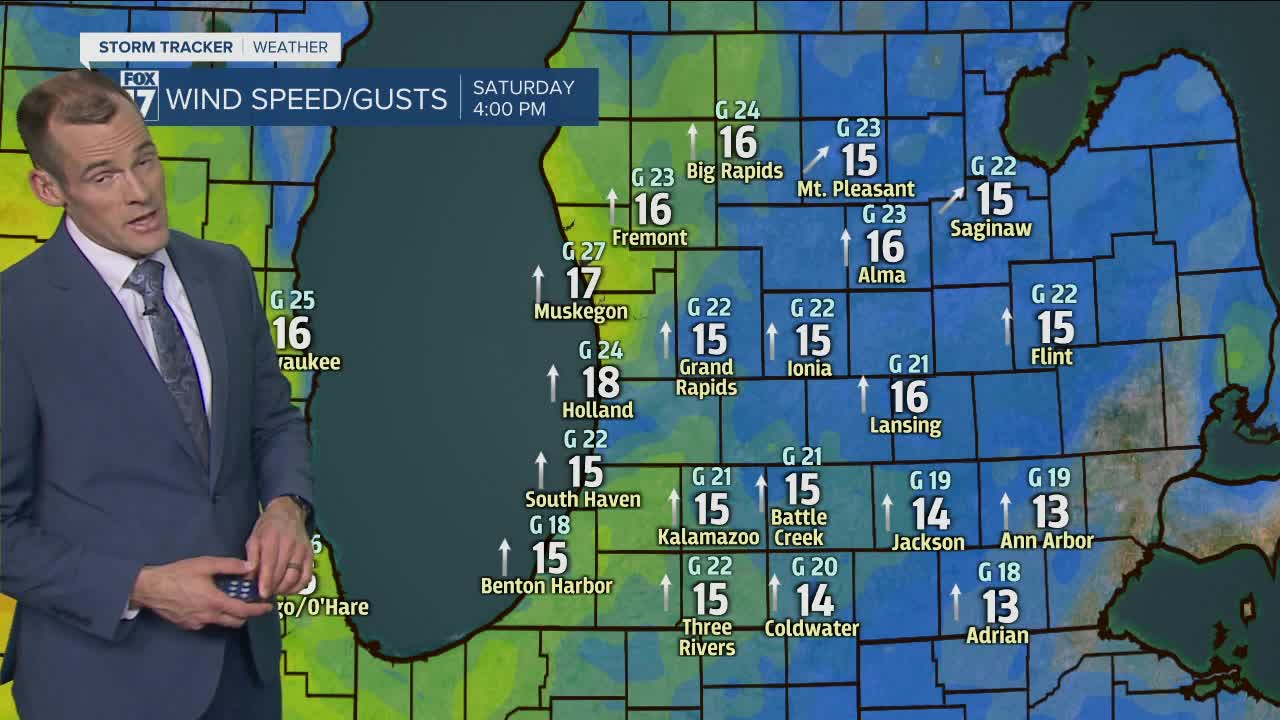 WEST MICHIGAN — The forecast from FOX 17 Meteorologist Ty Shesky: High pressure to our east will continue to dictate a south to southwest flow across the area along with above average temperatures for this time of year. This should last though Sunday, despite the fact that a weak cold front will pass through by then. This front won't have a lot of moisture to work with, so rain chances will be limited. A stronger front coming through on Monday will bring a real shot of much colder air, a better chance of rain, and the prospect for some lake effect rain showers into the middle of next week.

TONIGHT: Partly cloudy. A slight chance of a sprinkle or shower north of Grand Rapids. Lows in the middle 50s. Southwest winds at 5 to 10 mph becoming light southerly late.

TOMORROW: Mostly sunny and warm. Highs around 80°. South/southwest winds at 5 to 10 mph.

TOMORROW NIGHT: Mostly clear and mild. Lows around 60°. Southwest winds at 5 to 15 mph.

SATURDAY: Partly sunny. A slight chance of afternoon/evening showers, with a few rumbles of thunder also possible. Highs in the lower 80s. Breezy with southwest winds at 10 to 20 mph.

SUNDAY: Partly cloudy. A bit cooler, but still above average with highs in the middle 70s.