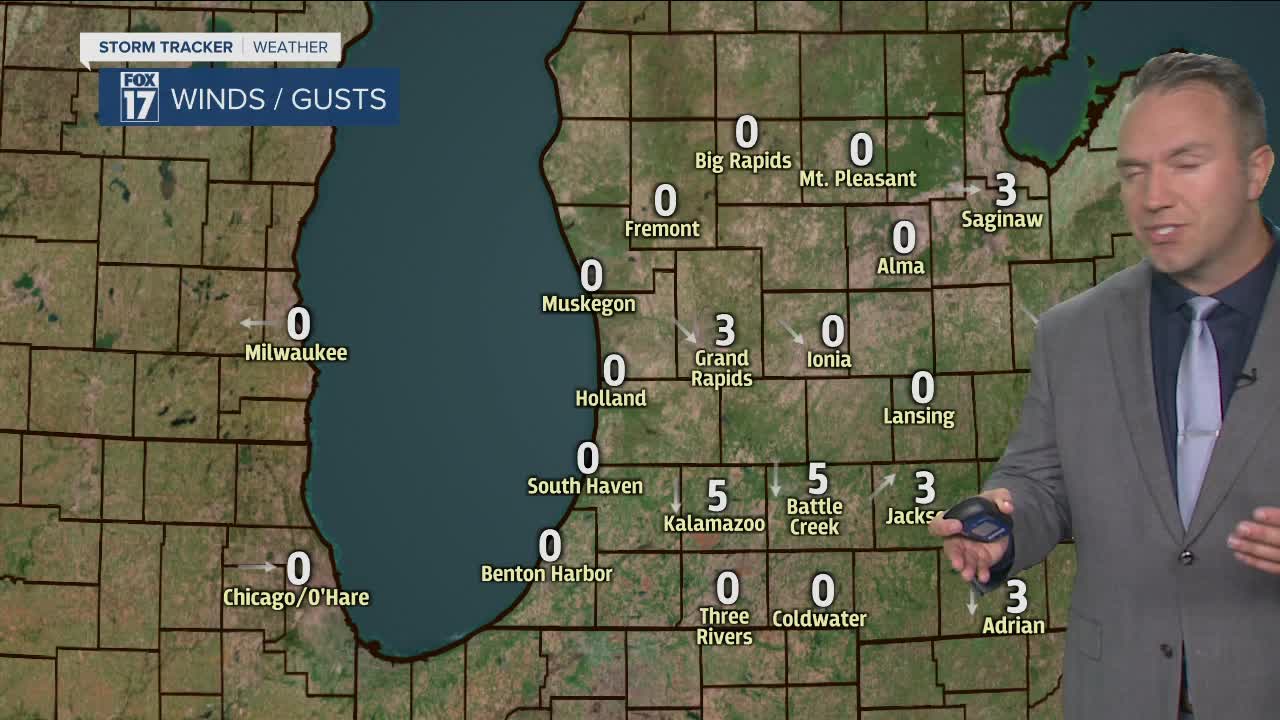 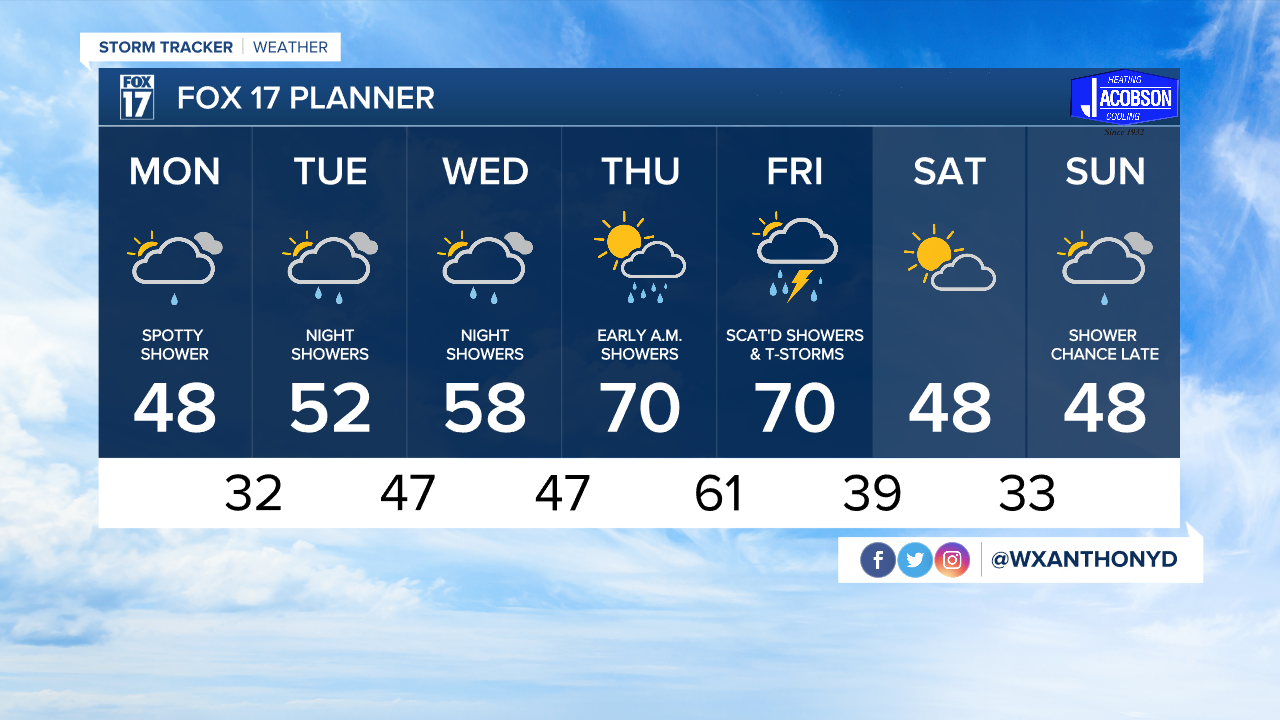 WEST MICHIGAN — WEST MICHIGAN - The forecast from FOX 17 Meteorologist Anthony Domol: Partly to mostly cloudy skies will take us through the overnight along with chilly temperatures bottoming out in the low to mid 30s. Have your coat heading out the door on Monday morning! A new swath of light rain arrives overnight for sections near the Indiana line. An additional light sprinkle / rare shower is possible tomorrow afternoon for the rest of us but nothing important is expected. Look for another round of showers later Tuesday evening, then again later Wednesday evening, followed by a big warm-up for Thursday and Friday. The warming will end later Friday as a cold front slides through with more showers and storms setting the stage for a much cooler phase for next weekend.

TUESDAY: Partly sunny to mostly cloudy and dry. The chance for showers grows mid-late evening into the overnight. Highs in the low 50s. East to southeast winds at 5-15 mph.