Most will stay dry tonight and Sunday 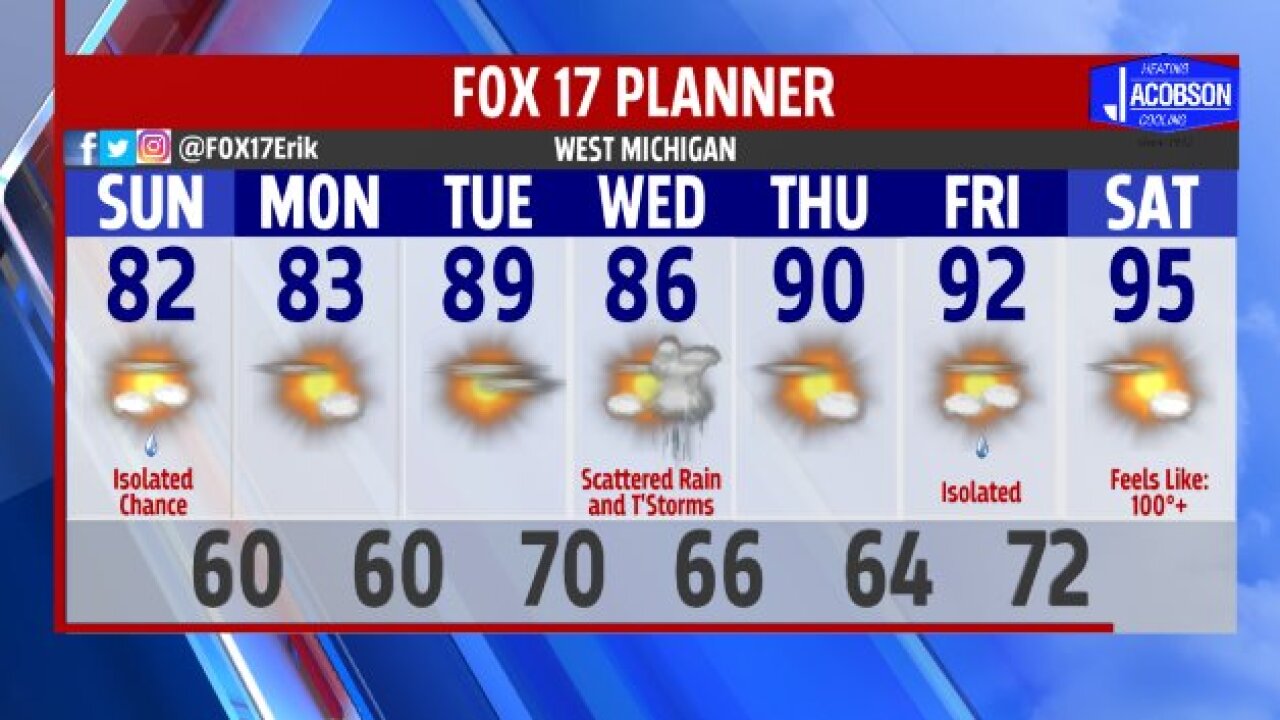 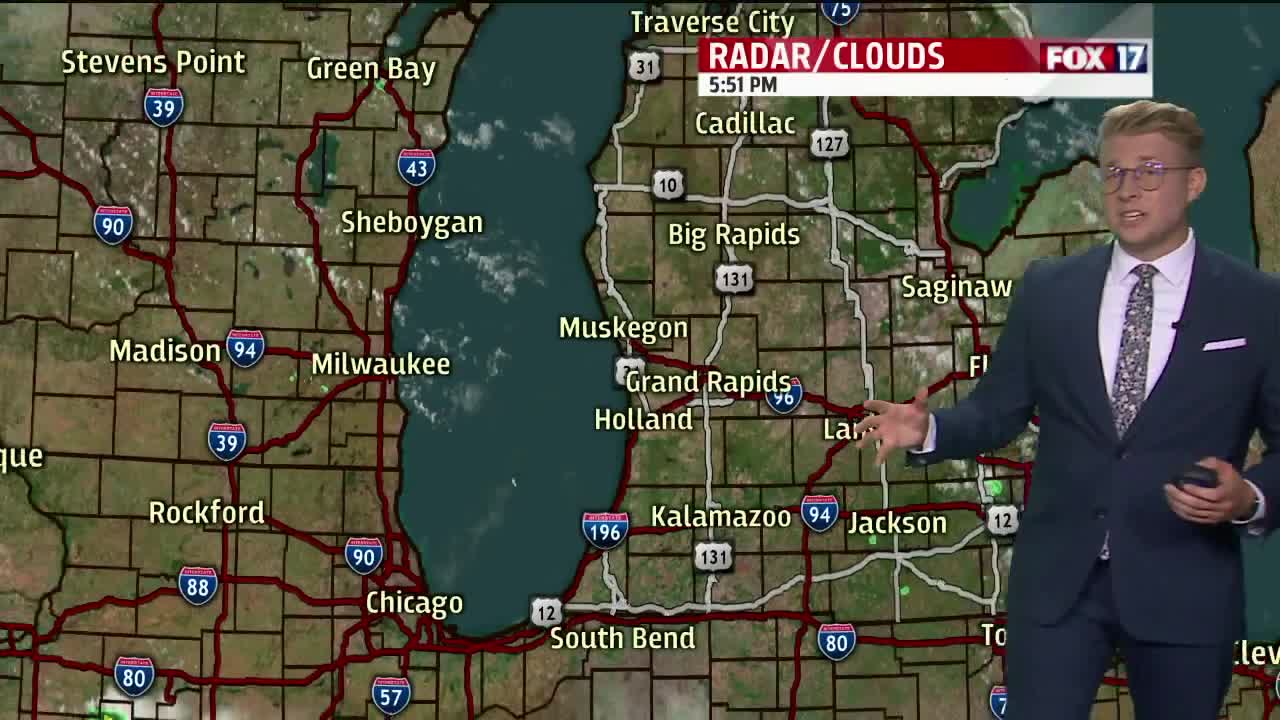 GRAND RAPIDS — The forecast from FOX 17 Meteorologist Erik Kostrzewa: The heat and humidity finally broke just in time for the weekend! We will be just out of range of showers and thunderstorms heading towards Chicago tonight. An isolated drop is possible in our southern counties. We also have a small shower/t'storm chance tomorrow as some cooler air rotates in. This will keep our temperatures down closer to 80 both Sunday and Monday. We build back towards 90° on Tuesday with widespread rainfall looking more and more likely on Wednesday. Another heatwave will likely build by the end of next week into next weekend as we spike back temperatures into the 90s.

TONIGHT: Partly to mostly cloudy. Lows in the lower/middle 60s.

SUNDAY: Partly cloudy and cooler. Chance of an isolated shower/t'storm. Highs in the lower 80s.

TUESDAY: Mostly sunny and warmer. Highs in the upper 80s.

WEDNESDAY: Partly to mostly cloudy with the chance for showers and storms. Highs in the middle/upper 80s.