Extended warm and dry stretch gets in motion Monday 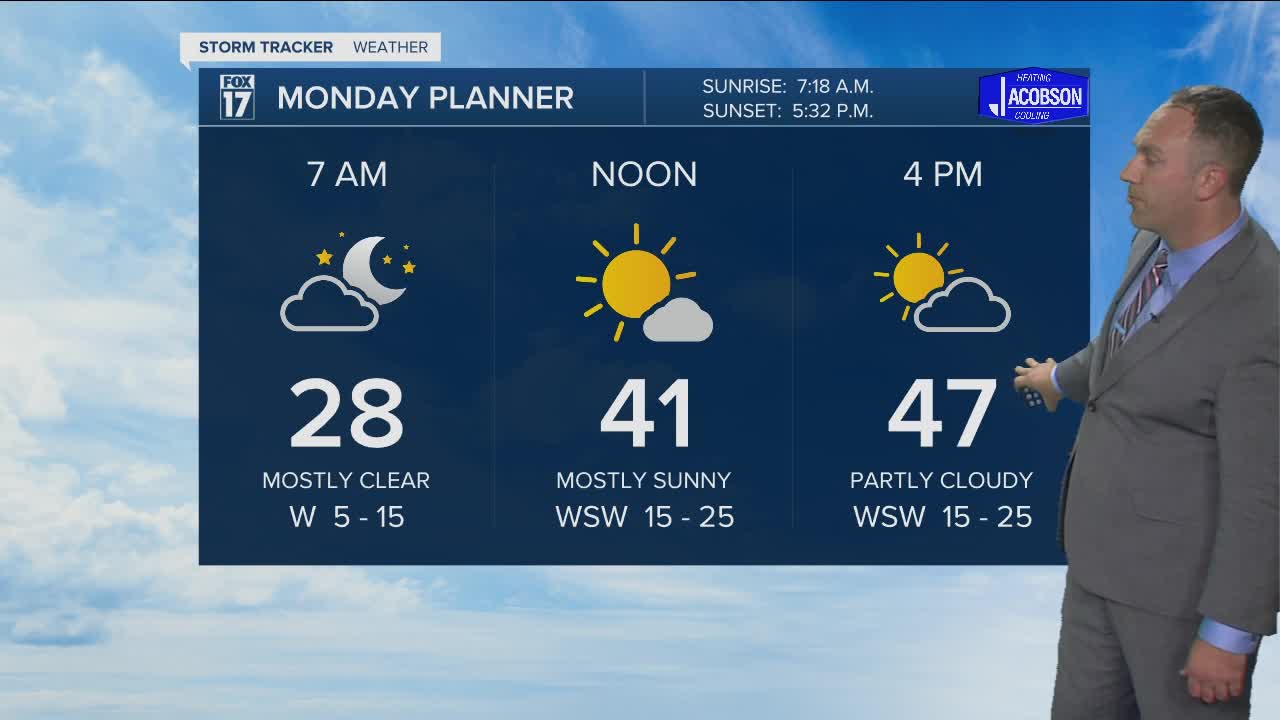 Much warmer pattern building this week 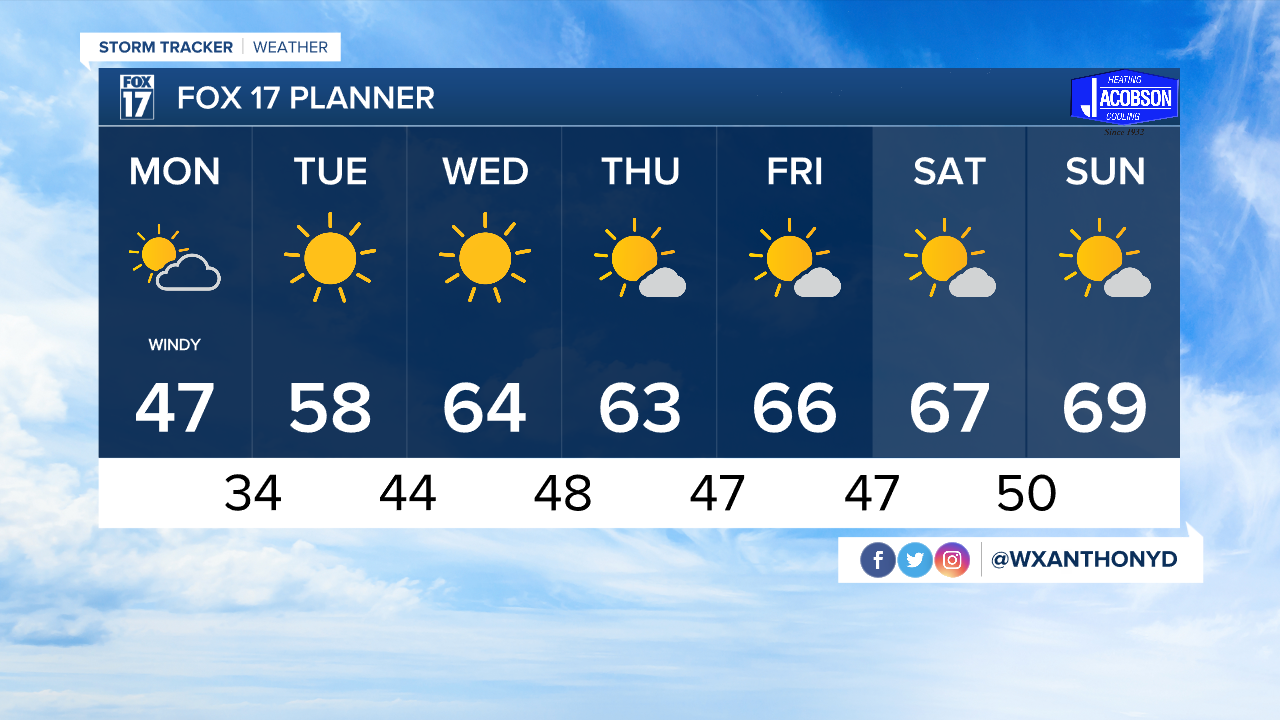 WEST MICHIGAN — The forecast from FOX 17 Meteorologist Anthony Domol: The brisk winds and scattered snow showers of today will be diminishing as we go along this evening. As skies go mostly clear overnight into early Monday morning, the mercury will be dropping into the upper half of the 20s. Winds pick up again through Monday morning as they shift to the southwest and increase to 15-25 mph gusting to 35-40 mph. This will help to encourage a warming trend to get going across West Michigan. Though it will still be cool on Monday, we do reach the mid to upper 40s by late afternoon under partly cloudy skies. Sunshine and continued breezy southwesterly flow will help to really start to warm us up through the remainder of the week. 60s return on Wednesday and we could be hitting 70 degrees at some point next week.

MONDAY: Partly cloudy, windy and dry. Temperatures slowly rebounding. Highs in the middle to upper 40s. West southwest winds at 15 to 25 mph, gusting to near 40 mph at times.

WEDNESDAY: Sunny, breezy, and warmer. Highs in the middle 60s.