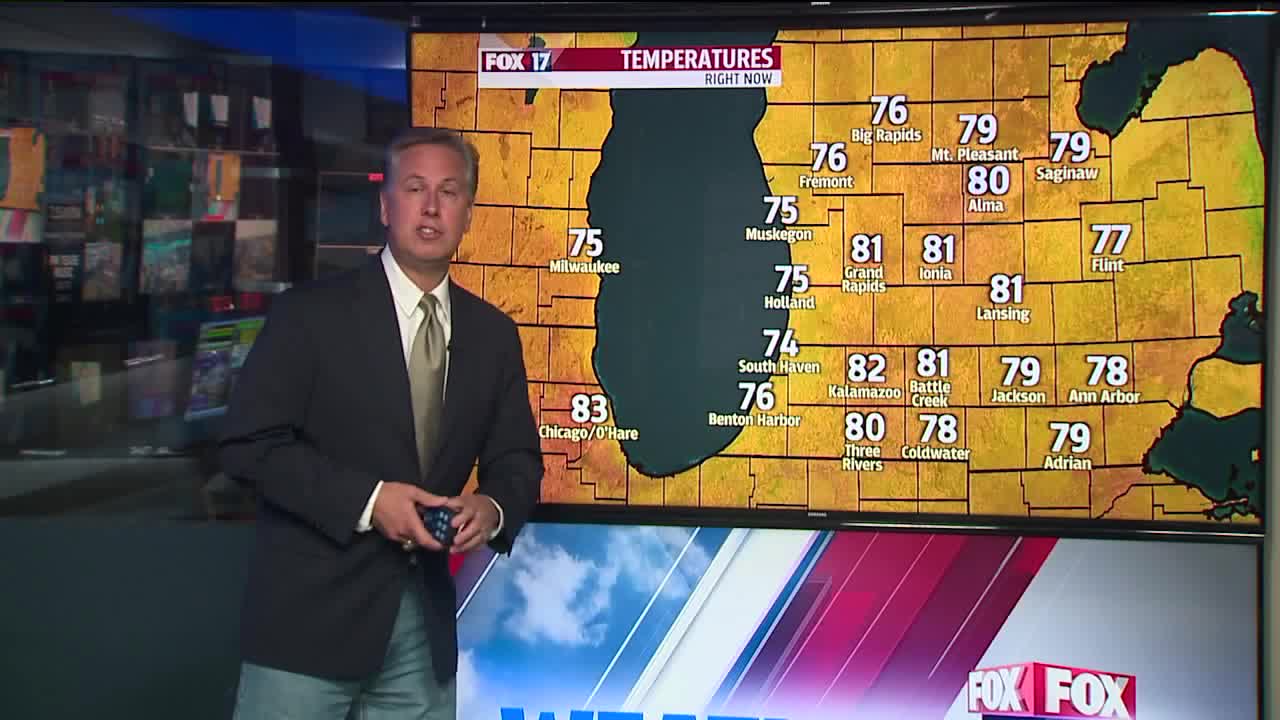 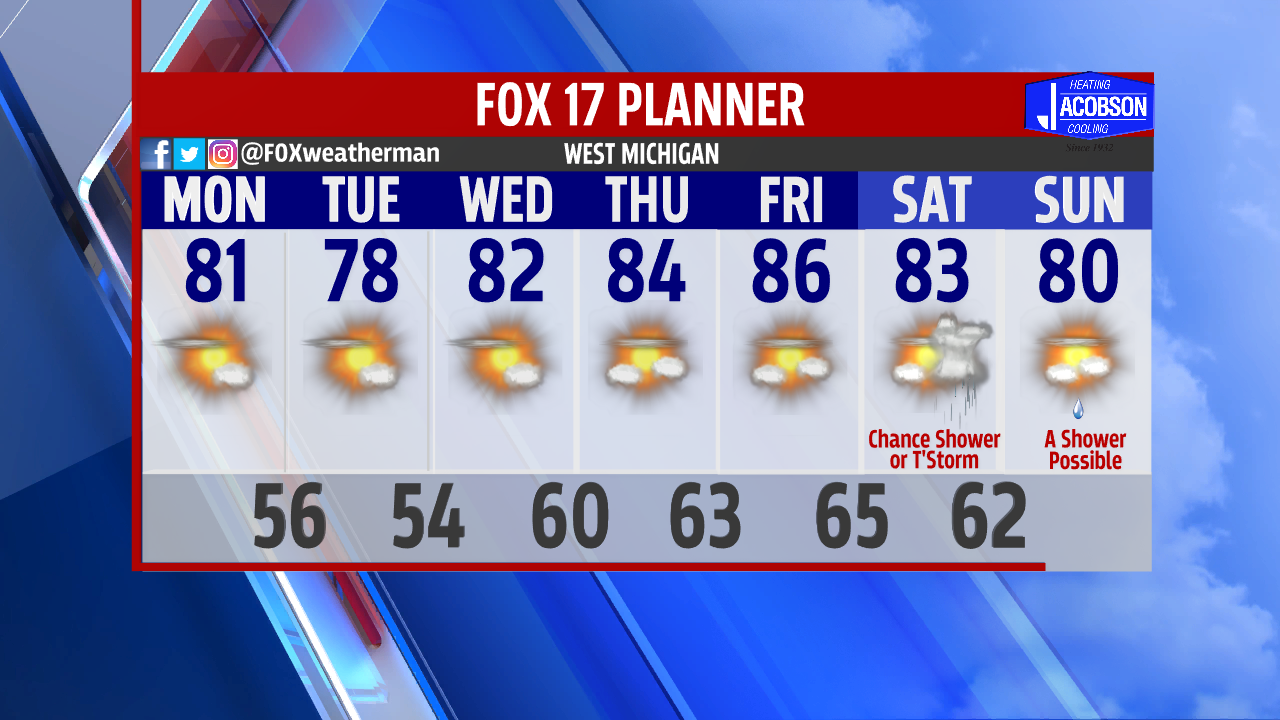 GRAND RAPIDS — The forecast from FOX 17 Chief Meteorologist Kevin Craig: Most of this week will be on the dry and comfortable side with temperatures running a few degrees either side of 80. We'll have limited opportunities for a shower or storm the next several days, with the best chance arriving next weekend. We'll also continue to lose more daylight this week. Normal highs have us around 80 degrees. Humidity levels will also remain on the low/comfortable side the next few days. Have a pleasant week.

MONDAY: Mostly sunny to partly cloudy. Slight chance of an isolated shower inland during the afternoon. Highs in the lower 80s, but cooler at the immediate lakeshore. Winds west-northwest at 7 to 14 mph.

MONDAY NIGHT: Mostly clear and cooler. Lows in the mid/upper 50s. Winds north at 5 to 10 mph.

TUESDAY: Mostly sunny to party cloudy skies and pleasant. Low humidity and likely the coolest day of the week. Highs in the upper 70s. Winds north/northwest at 5 to 10 mph.

WEDNESDAY: Partly cloudy and comfortable. Highs in the lower 80s.