Another Frost and Freeze Likely by morning 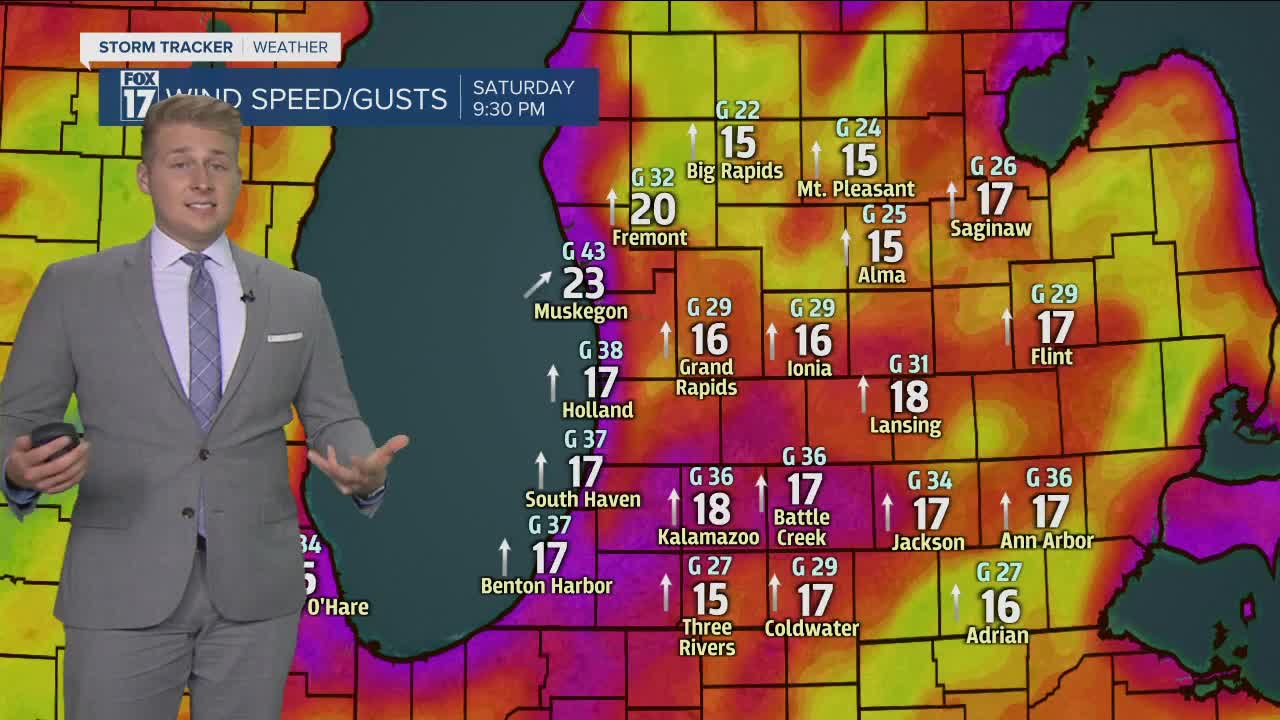 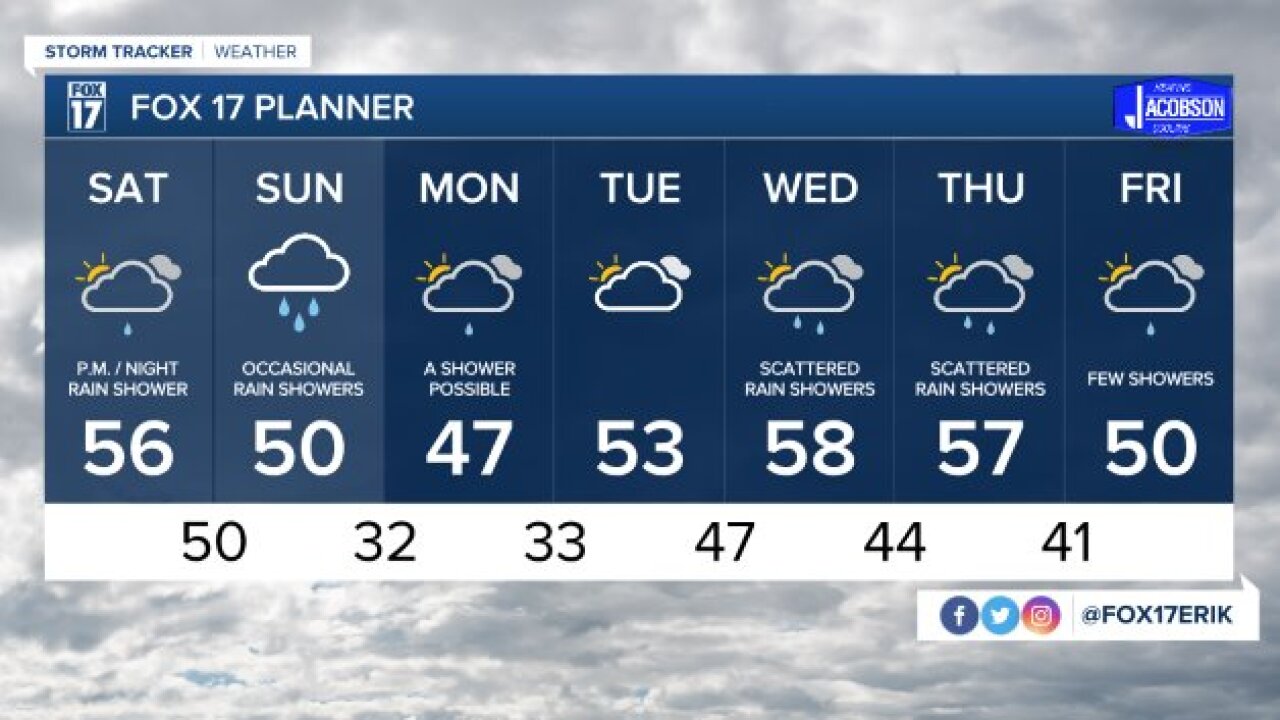 WEST MICHIGAN - The forecast from FOX 17 Meteorologist Erik Kostrzewa: Rain showers that have been going all day long will come to an end a short time after midnight. Skies will be mostly clear overnight, sending lows into upper 20s and lower 30s by Saturday morning with more frost likely. The only locations that will not experience near freezing temperatures will of course be along Lake Michigan. After some sun to start things out on Saturday, mostly cloudy skies and even a few rain showers return for the second half of the day. We'll have more more widespread rain later Saturday into Sunday morning. The wind will be fairly strong on Saturday with gusts 35 to 45 mph at times.

TONIGHT: Scattered showers and storms ending late. Winds lighten and skies clear overnight leading to areas of frost by morning. Lows in the low/mid 30s. Southwest winds at 5 to 10 mph.

SATURDAY: Another frosty start with some morning sunshine, but clouds thicken and things turn breezy again. Late afternoon/evening/night showers are possible as a cold front approaches. Highs in the mid/upper 50s. Winds south at 12 to 24 mph with higher gusts.

SUNDAY: Mostly cloudy with scattered rain showers, especially through the first part of the day. In fact, we may see a few flakes or snow showers Sunday morning from Grand Rapids northward on grassy surfaces. It will be somewhat breezy and cool with highs near 50 in the morning, falling into the lower 40s by the evening.

MONDAY: Partly to mostly cloudy. Isolated rain chances. The rain could mix with snow at times. Highs still cool in the upper 40s.

TUESDAY: Partly sunny and dry. Highs in the lower to middle 50s.