Vikings score in final minute to improve to 4-0 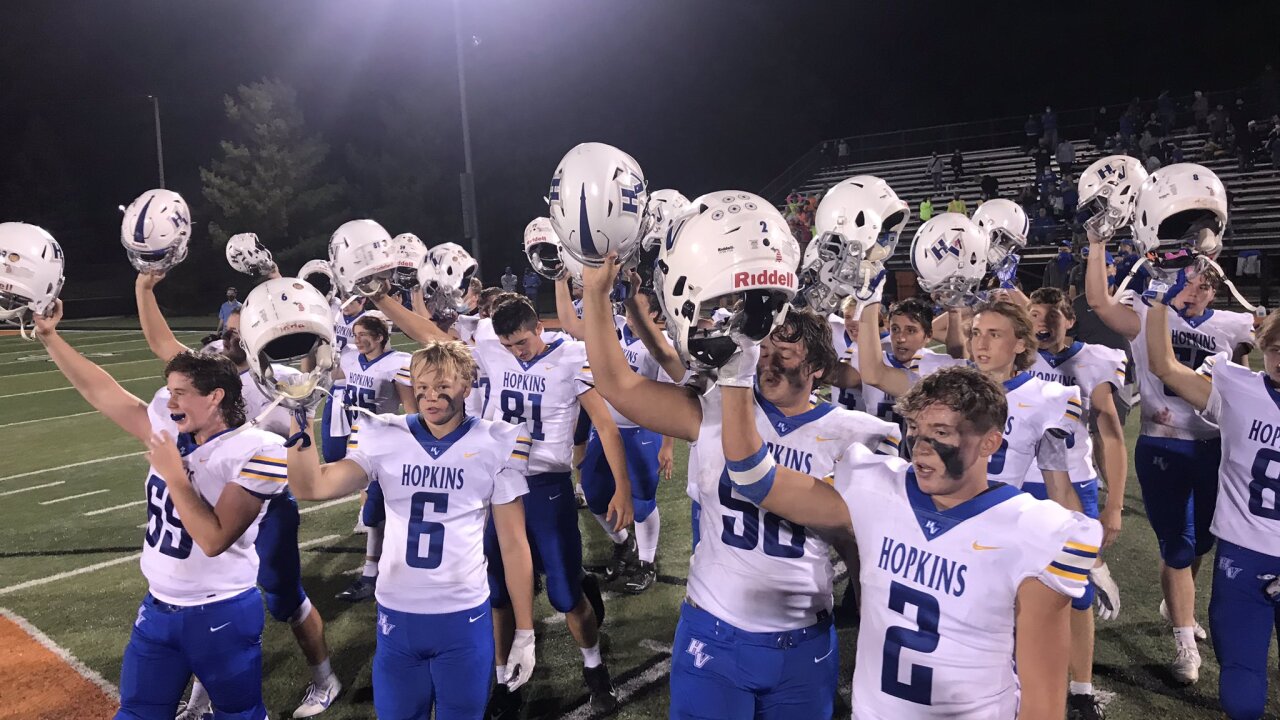 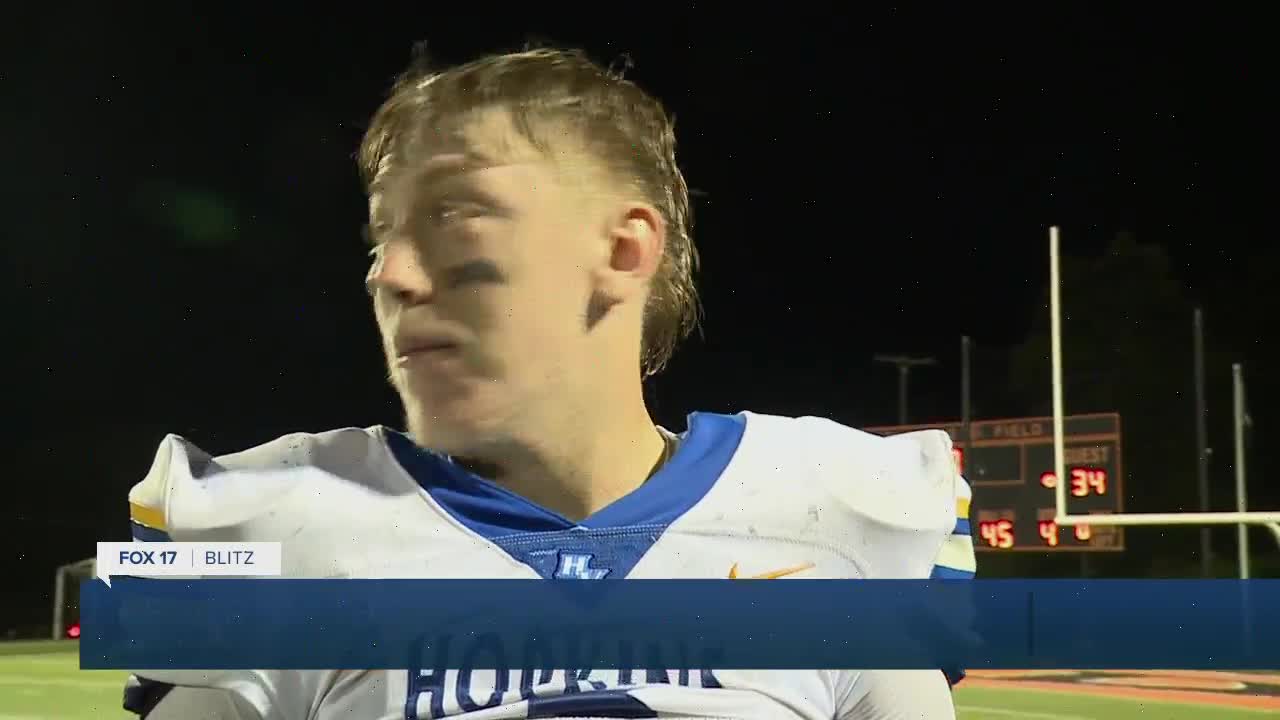 BELDING, Mich. — Hopkins was looking for a 17th consecutive OK Silver victory on Friday night traveling to Belding in the Blitz Game of the Week at Rudness Field in Belding.

The Black Knights would fumble on its first offensive snap from scrimmage which would lead to a Hopkins touchdown from quarterback Trevor Smith to make it 6-0.

However, Belding would answer right back with a touchdown run from Tyler Cooper to knot the game at six after an unsuccessful two-point conversion try.

Minutes later, the Black Knights would strike again to take a 14-6 lead after Cooper found the endzone on a 77-yard touchdown run with eight minutes remaining in the second quarter.

The Vikings would tie the game 14-14 just before halftime on a quarterback keeper from Trevor Smith.

In the third quarter, Hopkins would get rolling.

Smith would find Colin Weber down the sidelines for a 52-yard score to make it 20-14 Vikings and minutes later, he would throw another score to Matt Reynolds from 14 yards out.

Hopkins was led offensively by the usual three-headed monster in tonight's 34-28 win over Belding:

Hopkins would lead the Black Knights, 28-14 until Cooper would find the endzone for his third score of the game on the final play of the third quarter to make it 28-22.

In the fourth quarter, Belding would tie the game with just under three minutes remaining as Cache Blunt found Kyle Prosser for a 56-yard score to make it 28-28 after the conversion was no good.

On the Vikings final possession, Jason Sapp would have a nice return near midfield and Trevor Smith would help lead a touchdown drive that was capped off by a one-yard keeper with under a minute left.

Sapp would then come away with an interception with under 30 seconds left and the Vikings would take a knee to win it, 34-28 the final, improving to 4-0 on the season.

Cody Francis with his victorious Vikings after they beat Belding 34-28 in the game of the week. pic.twitter.com/7eHXgBFYYC

"It was just the fact that we were in the game and our kids stepped up to the challenge," said head coach Cody Francis.

The Vikings improve to 4-0 on the season with Godwin Heights on the schedule for week five.

"I was proud of the kids from both Belding and Hopkins and the challenges that we faced in the offseason and this fall, I was just proud they didn't back down and accepted the challenge, that will help them be winners in not only football, but in life," Francis added.

Trevor Smith would throw for two touchdowns and run for two more in the game to help lead the way for the Vikings, while Colin Weber added seven catches for 136 yards and a receiving touchdown.

"With the matchup we had, I know he's a great athlete and that I could throw up for him to go get it," Smith said.

The Vikings will have a chance to clinch at least a share of the OK Silver championship for the third consecutive season in week five against Godwin Heights.