Division 7 Eagles fall to one of the state's best 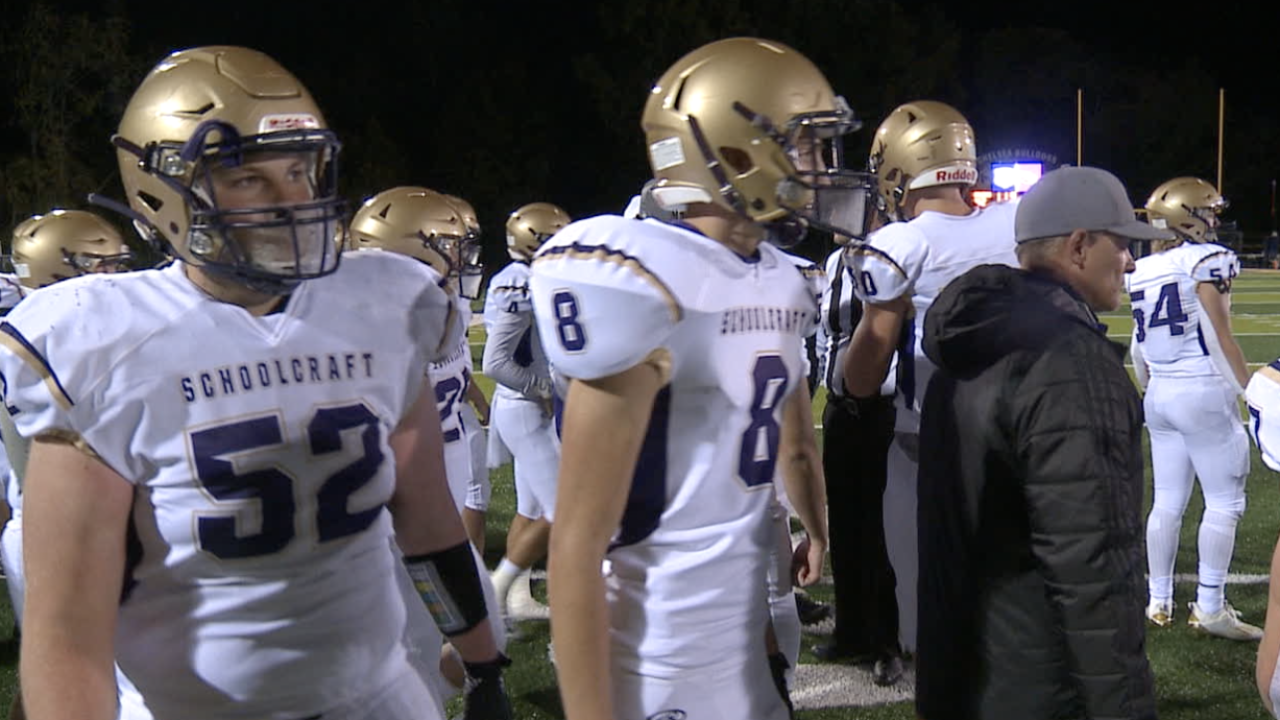 CHELSEA, Mich. — After Galesburg-Augusta canceled Friday night's matchup due to COVID-19, the Schoolcraft football program had to scramble to find an opponent for week three.

The options were Edwardsburg and Chelsea, who both had postponements of their own and the Eagles opted to make the 90 minute trek down I-94 to take on the Bulldogs, despite a four division difference between the two.

Schoolcraft made the trip east to Chelsea in a Saturday night non-conference battle. pic.twitter.com/ftHlRxsJLb

"We were at practice on Wednesday night and our AD came out and informed us that Galesburg-Augusta was shutting down for COVID," said Schoolcraft head coach, Nathan Ferency, "so we finished our practice, business as usual and went to look for a game."

The Eagles knew what they were up against, an unbeaten Division 3 state powerhouse who just appeared in the state finals in 2018.

"t was definitely difficult, because we practiced all week and didn't know what was going to happen," said senior Jimmy Downs on preparing for the new opponent in two days.

The Eagles would fall, 42-21 but hung tough throughout, behind an outstanding all-around performance by Downs, who had an interception return for a touchdown and a touchdown reception, as well as several tackles.

Jimmy Downs with this mean interception return for a touchdown — carrying tacklers to the endzone! pic.twitter.com/lfx3iipDFt

Despite the loss, Ferency says he was happy with his team's effort and thinks they're right where they want to be moving forward.

"We thought we could come in here and compete, I thought we did that," Ferency added, "I'm pretty proud of these kids."

Schoolcraft falls to Chelsea on the road

Schoolcraft would get out to a tough start, trailing 28-0 but after Downs' interception return for a score with 2:49 left in the opening half, the tides would turn a bit throughout the rest of the game.

"We had some miscues tonight, made too many mistakes to win the game, but I'm pretty proud of our effort. Being a Division 7 team, coming in here to a very good football team that's quite a bit bigger and we competed."

Ferency and the Eagles will take on Saginaw in week four in another non-conference battle.