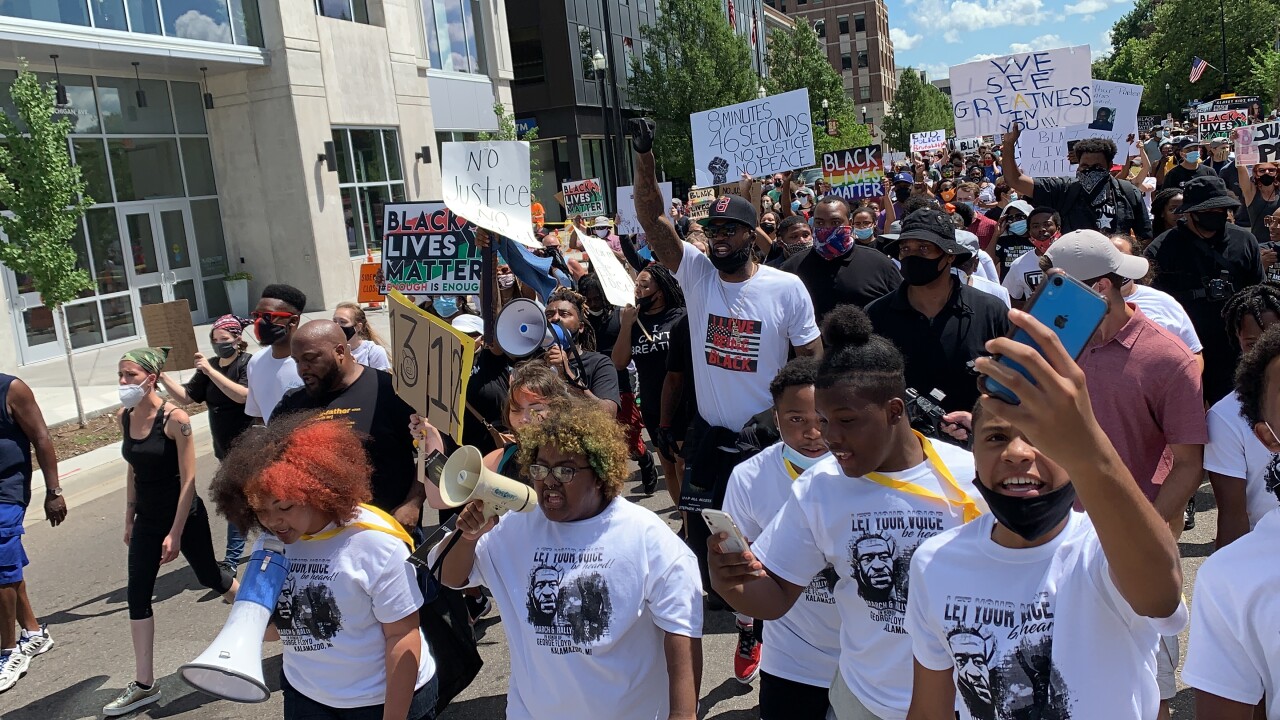 KALAMAZOO, Mich. — It all started with social media.

'Let your voice be heard' rally organizer, Corianna McDowell reached out to Stephen Jackson, a former NBA player and friend of the late George Floyd, on Instagram. Without hesitation, Jackson and Floyd's other friend, Milton 'Po Boy' Carney agreed to come to Kalamazoo.

"A lot of people come around for a photo op but people don't realize we really lost someone," Jackson said while addressing the large crowd at Bronson Park, "this is my real pain, real tears. That was the closest thing I had to a twin, killed for the whole world to see."

Jackson and Carney were among several speakers at the event on Saturday afternoon, touching on many topics with one simple message: love one another.

"If you don't love and won't want to treat everybody the way you want to be treated, then you shouldn't be here right now," Jackson said.

The presence of Jackson weas especially crucial for the youth in attendance, including eight young 14-year old basketball players from Kalamazoo.

Glenn was one of four young kids who took to the stage, speaking about change in the community.

"The youth is our future," said Tamara Custard, who helped put on the rally, "without them, we're nothing. If we don't lead by example for them, we're doomed. It's about them at this point."

After the speeches, the crowd took to the streets of Kalamazoo for a march, with Jackson right in the middle of it to help lead the way.

"To have him here in Kalamazoo, not Detroit, not Lansing but little old Kalamazoo, it's beyond my imagination," added Custard.

All to help raise awareness and change across America, including right here in West Michigan.

"Have love for all who have love for all," Jackson said during his speech, "the reason we're making so much noise right now and why they're listening is because we're staying together. Love is pushing out hate, you can't be racist and not be exploited anymore," he added.