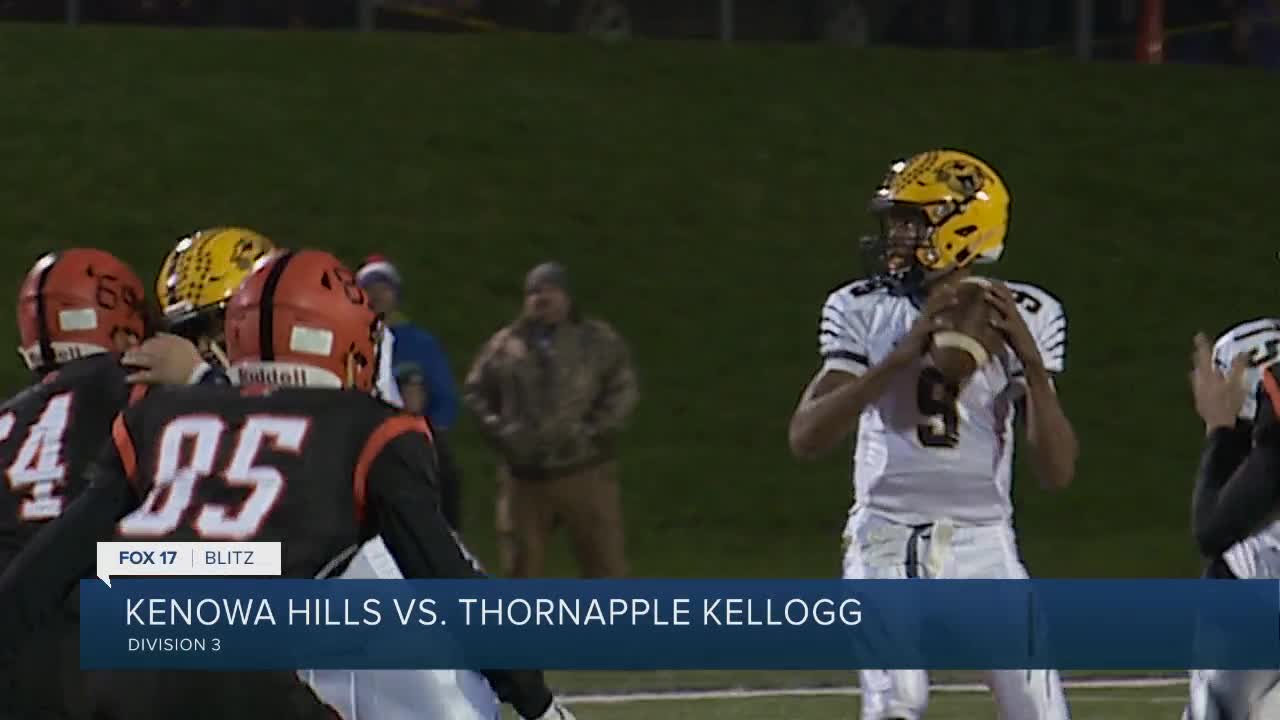 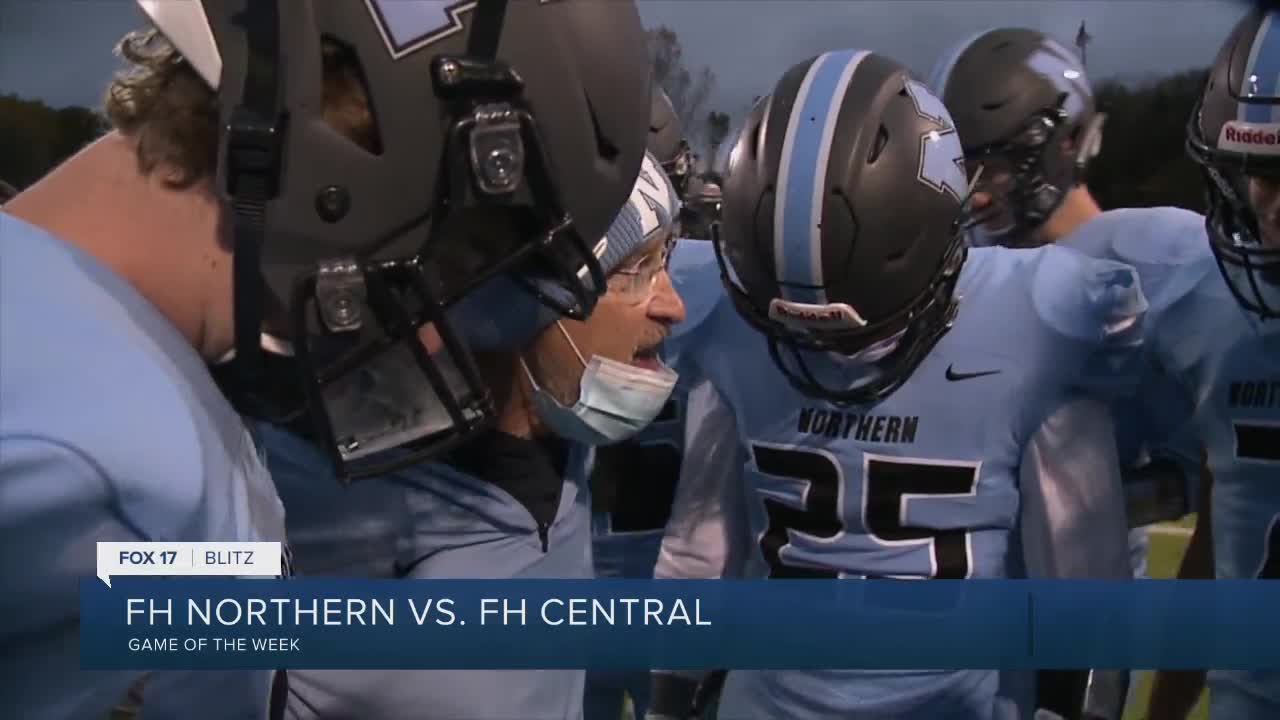 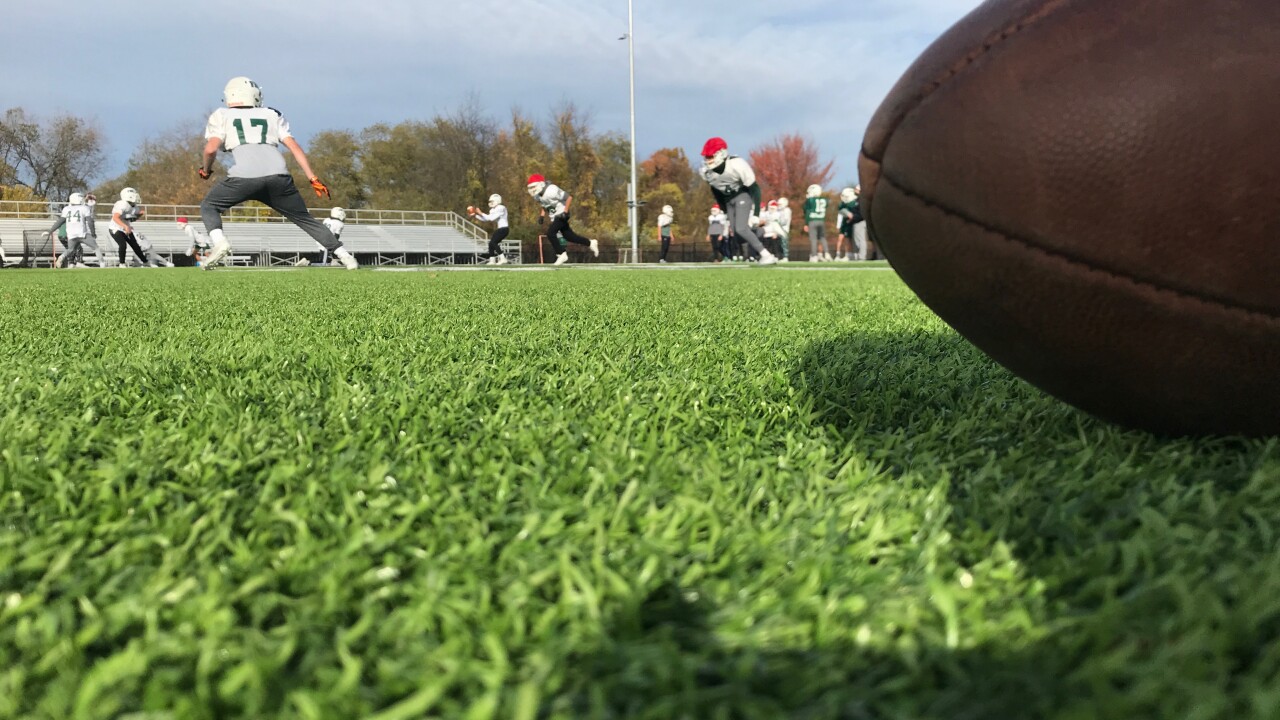 (WXMI) — The FOX 17 Blitz will have coverage of the following games on Friday and Saturday, in the opening round of districts:

The Rangers knocked off the Huskies, 28-13 in the first meeting but since then, Northern is on a four game winning streak.

In the Huskies last four games, the defense is allowing just 12.5 points per game.

However, the Rangers are rolling as well as Tim Rogers' group comes in on a three game winning streak, allowing just eleven points per game during that streak.

The matchup also features two outstanding quarterbacks, Husky senior Trinidad Chambliss has had a big year for Eddie Ostipow while junior Hunter Robinson continues to play well for Central, including four touchdowns last week in the win over Lowell.

In Division 4, Spring Lake enters the district as the one seed as they host Fremont at Coopersville high school.

The Lakers and Packers will meet for the 32nd time in series history with Spring Lake leading 24-7.

The Hawks, meanwhile, are on a two-game skid after losses to Grand Rapids Catholic Central and Thornapple Kellogg.

This Friday's matchup will be the third between the two programs, with Allendale winning both prior meetings.

In Division 2, it's a matchup between OK White programs as Byron Center meets Lowell once again.

The Bulldogs beat Lowell on the road, 36-22 in week four, which started the Red Arrows three-game losing skid, which they will look to snap this week.

Byron Center would suffer its first loss last week against East Grand Rapids, 12-8 as Marc Cisco's team looks to regroup in the playoffs.

Also in Division 2, it's a two-seven district matchup of OK Red foes as Jenison hosts Caledonia for the second time this season.

The Wildcats beat the Scots, 28-14 in week three behind a big performance from Caleb Dean.

Rob Zeitman's group enters the game on a five game winning streak after a forfeit victory last week due to a COVID-19 concern at Hudsonville.

Caledonia head coach Tom Burrill also announced he will be retiring after this season after over two decades at the helm for the Scots football program.

The Scots or Wildcats will advance to face the winner of Lowell and Byron Center.

In Division 1, it's another rematch of OK Red schools as Grandville meets Grand Haven, a game the Bulldogs won 62-18 in week one.

It's also a rematch of last season's district opener, when the Buccaneers shocked 7-2 Grandville, 28-7 to advance.

Grandville will look to run through a gauntlet of a district, with a victory they will advance to face the winner of Grand Rapids Union and Traverse City West.

Also in Division 1, Kalamazoo Central looks for its first playoff win in program history when the Maroon Giants host Ann Arbor Huron, the first time hosting a playoff game since 2000.

Carlton Brewster's team had a two-game winning streak snapped last week against Portage Northern, which ended in a 37-6 loss.

It will also be the first meeting between the two programs.

In Division 4, Plainwell travels to Vicksburg in a Wolverine Conference showdown.

The Trojans have been off for the past two weeks due to COVID-19 and also forfeited week three against Edwardsburg.

However, Plainwell has won the three games they have actually played in this fall, beating Loy Norrix, Dowagiac, and Otsego, all by an average of 30.6 points per game.

Meanwhile, Vicksburg is coming in off of back-to-back shutouts against Dowagiac and Otsego.

The Bulldogs lone losses have come to Wolverine Conference powers Edwardsburg in week one and Paw Paw in week four.

The winner will advance to face Three Rivers or Hastings.

The Saxons are conference champions for the first time since 2001 and come in riding a five game winning streak.

Now, head coach Jamie Murphy and the Saxons are looking for their first playoff win since 2007.

Meanwhile, Three Rivers picked up win No. 1 on the season in week six with a 27-6 win against Allegan.

In Division 3, Thornapple Kellogg is looking for its first playoff win since 2004 when the Trojans host Kenowa Hills in an OK Gold meeting.

Jeff Dock's team is coming off of an impressive 17-8 win against Forest Hills Eastern in week six while the Knights fell to Cedar Springs, 36-6.

A playoff win for Kenowa Hills would be the program's first since 1992.

In Division 5, Central Montcalm is the one-seed in their district as they open with eight-seed Tri County.

The Hornets are looking for the program's first playoff win since 2009 when the host the Vikings, a program that has gone winless in the playoffs since 2004.

The programs met back in week four with Central Montcalm squeaking out the 7-0 victory, the winner advances to face the winner of Grant and Orchard View.

Orchard View looks for its first playoff win since 2008 when the Cardinals host Grant.

The Tigers come in 2-3 with a no contest and forfeit loss coming due to COVID-19 concerns in the district earlier in the season.

Darren Geraghty's Grant team is coming off of a 36-20 loss to unbeaten Reed City as they look for their first playoff win since 2017.

Muskegon Catholic Central continues to roll into the playoffs, as the Crusaders have pitched three consecutive shutouts and have allowed just 18 points all season long.

The Crusaders have the most playoff points of any program in Division 6 but their last postseason win came back in 2017, that's something that they hope to change on Friday night.

However, the district is loaded, as Muskegon Catholic Central enters as one of three unbeatens, joined by Montague and Clare.

NorthPointe Christian knocked off Kelloggsville in week one and Comstock Park in week four before back-to-back losses to Delton Kellogg and Sparta to enter the playoffs.

It will be the first meeting between the two programs.

In the same district in Division 7, the four-five matchup brings us Ravenna hosting Morley Stanwood.

Meanwhile, the Mohawks were on a four game winning streak prior to the week six loss to Beal City, 21-0.

The winner will advance to face one-seed Ithaca in the district semifinal.

The FOX 17 Blitz will also have Saturday coverage of the following games:

Rockford enters as the one-seed in a loaded district in Division 1, full of OK Red powerhouses joined by Grand Rapids Union and Traverse City West.

The Rams returned from a two-week hiatus due to COVID-19 to beat Grandville, 28-8 in a battle of unbeatens in week six.

West Ottawa fell to the Rams, 33-23 in week three as the Panthers seek to pull the upset.

A win would give the Rams playoff win No. 1 under first-year head coach Brent Cummings as the winner advances to face the winner of Hudsonville and East Kentwood.

It's a rematch between OK Silver foes Hopkins and Belding in the opening round of the Division 5 playoffs.

The Vikings beat the Black Knights, 34-28 on the road in week four but this matchup will be a much tougher test.

Hopkins will enter the game without practice after a positive COVID-19 case within the program, forcing a forfeit loss to Kelloggsville in week six.

Belding seeks its first playoff win since 2017 while the Vikings look to win a playoff game for the third consecutive season.

The winner will face the one-seed Grand Rapids Catholic Central, who gets an opening round bye in the district.

Hudsonville hosts East Kentwood in another showdown of OK Red teams in Division 1.

Both teams will enter with limited practice due to recent COVID-19 concerns surrounding the teams, as the Eagles look to knock the Falcons off for the second time this season.

East Kentwood fell to Hudsonville, 21-13 in week one.

The winner will face the winner of the eight-one matchup between West Ottawa and Rockford.