Blitz Game of the Week: Hopkins at Belding 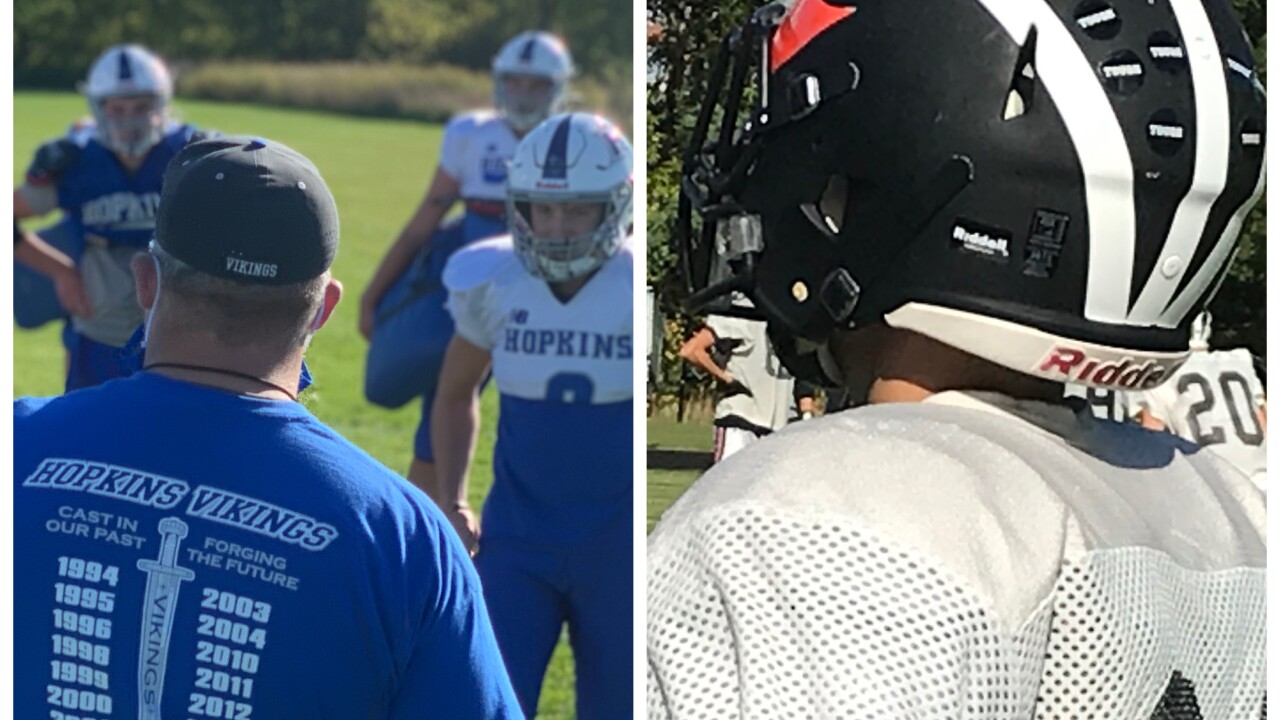 BELDING, Mich. — The FOX 17 Blitz Game of the Week brings us back to the OK Silver in week three, as Hopkins travels to take on Belding at Rudness Field.

The Vikings won both regular season meetings in last fall's abnormal conference schedule, 32-6 in week three and 42-10 in week seven.

"I know Belding is going to have an ax to grind, they're going to want revenge on last year's wins," said Hopkins head coach, Cody Francis.

Both teams enter Friday night's matchup 3-0 and as the lone unbeatens left in the conference and players on both sides understand that it will go a long way towards deciding the 2020 title.

"It's definitely a big week for us," said Hopkins senior quarterback, Trevor Smith, "we take pride in having control of our conference."

"We're competing for a conference title and we know this is a big step towards achieving that goal," said Hopkins senior Colin Weber, "our guys are fired up and ready to go."

Week 4 Blitz Game of the Week

The Black Knights are off to an impressive start this fall after a 4-5 finish to the regular season last fall in Monty Price's first season at the helm.

The Belding players are excited for the big test on Friday night.

"I know these guys are going to be very, very competitive and aggressive," said Belding senior Tanner Smith, "I like that, because I'm a small dude but like to play aggressively."

"I feel like we've done great," said senior Ethan Sherman, "even through adversity, the Godwin game wasn't perfect but we pulled through."

Both teams, and coaches, understand the game will be physical and won in the trenches.

"We know it's going to be one heck of a game, they're going to bring their best," said Belding head coach, Monty Price, "they have some guys that look really, really good and strong, it's going to be a huge challenge."

And the teams also understand the competition is going to get stiffer this Friday night at Rudness field.

The Black Knights have a chance to clinch at least a share of the OK Silver with a victory, as the Vikings still have two conference games yet to play after Friday night.

Coverage of the Game of the Week will begin during FOX 17 News at 5 and 6 PM, live from Rudness Field in Belding with the FOX 17 Blitz beginning at 10:45 PM after the game.