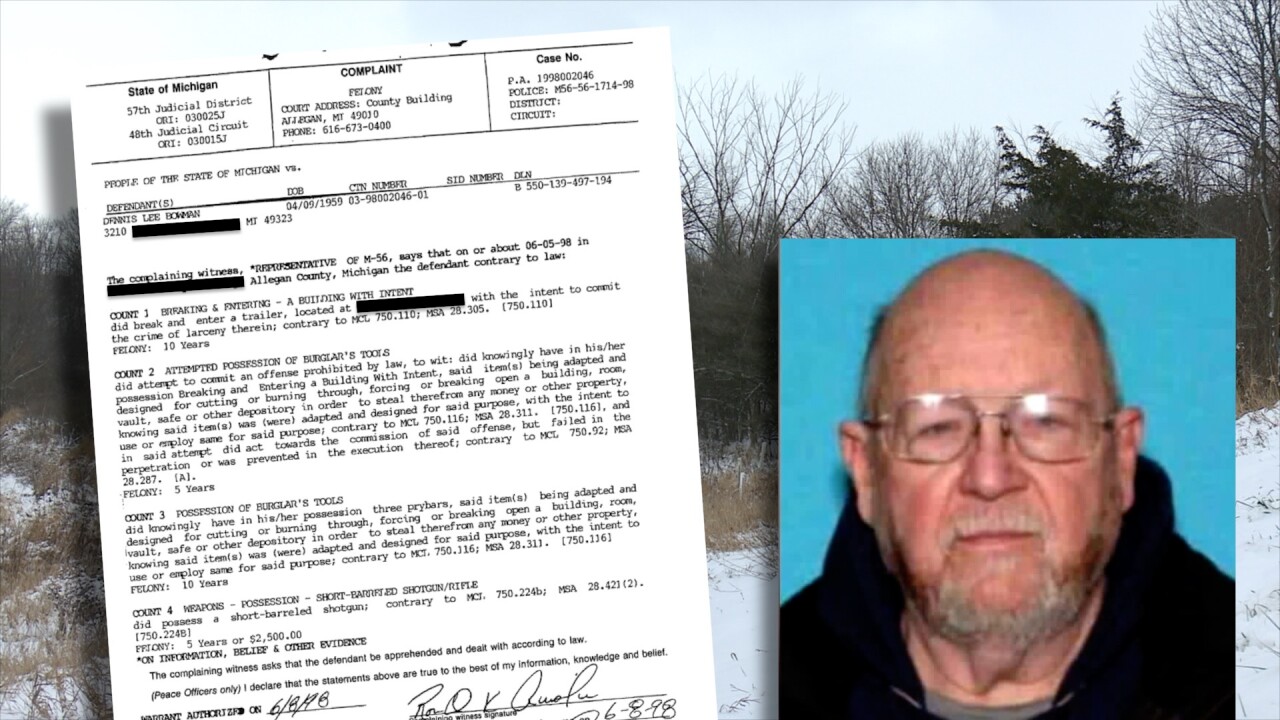 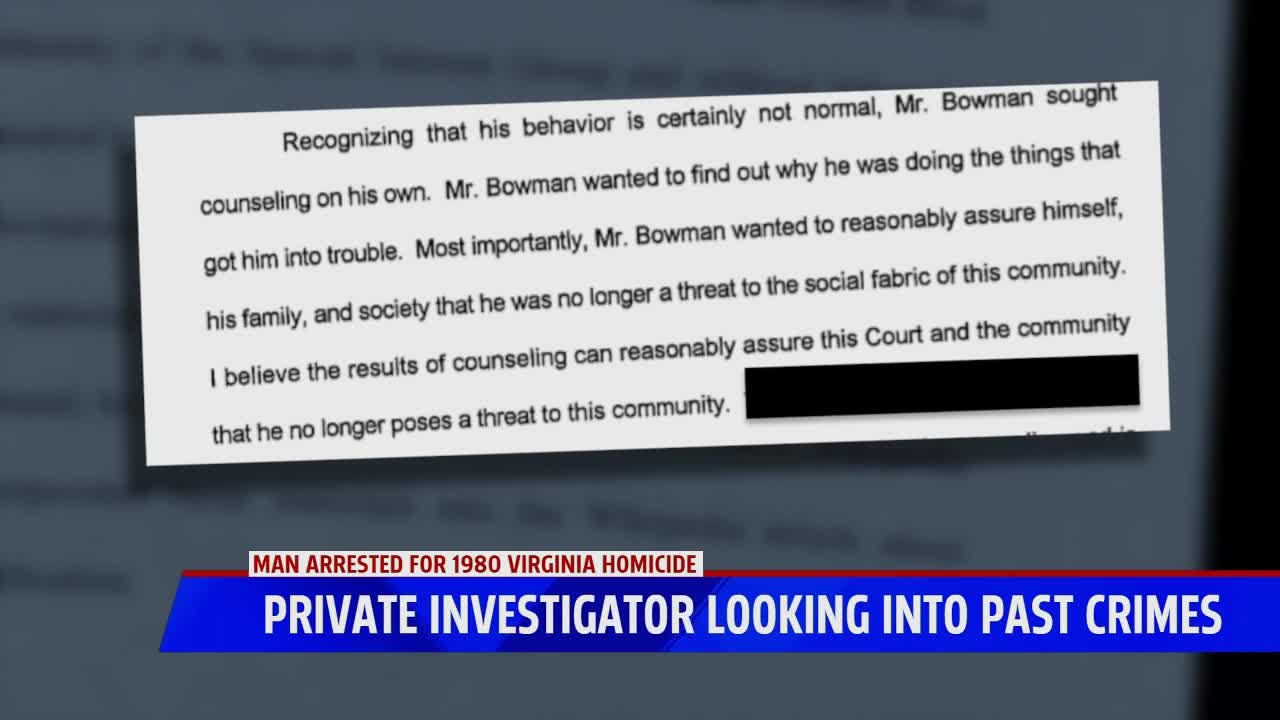 ALLEGAN, Mich. — New details are being uncovered about the criminal history of a West Michigan man facing charges for a 1980 murder in Virginia.

Seventy-year-old Dennis Bowman is accused of murdering 25-year-old Kathleen Doyle in Norfolk, Virginia while Doyle's military husband was on deployment. Just months before Doyle was killed, Bowman was facing charges back in Ottawa County for attempting to sexually assault a young woman who was riding her bike.

In addition to the 1980 case in Ottawa County, some people following Bowman's arrest believe he was involved with the 1989 disappearance of his adopted daughter, Aundria Bowman. No one has ever been charged in her disappearance.

While Aundria Bowman has not been missing since 1989, Dennis Bowman referred to her in the midst of a 1998 case he was involved in.

In June of 1998 Dennis Bowman was charged with breaking and entering into a female coworker's home to steal, among other things, her lingerie. He told police at the time that he had gone to the woman's house because he had diarrhea and needed to use her restroom.

Police didn't buy his story and got a search warrant to go through his property on 136th Avenue in Allegan County. According to court transcripts, police found a duffle bag containing a sawed-off shotgun, a black mask and several pairs of women's lingerie.

Bowman ended up pleading to one count of breaking and entering, in exchange for several other charges being dropped. Before sentencing, he wrote a letter to the judge overseeing his case. In the letter, he says, "I am the father of two lovely daughters, one 25 and the other 11, and feel that being a parent is one of the most important and sobering things a person can undertake."

There are seemingly no other references to his older daughter in the case file. Several other people writing letters to the judge, including Bowman's own wife, only refer to their younger daughter.

Cindi Kolean, a private investigator who has been following Dennis Bowman's alleged activities for about the past six years, suspects that Dennis Bowman is responsible for more crimes than have so far come to light.

She says, “I think there is a lot more to this story than what’s come out. I think he’s probably responsible for several other abductions or murders or crimes, I really do.... if you look at the circumstances it seems like he is probably an habitual offender.”

Dennis Bowman is fighting extradition to Virginia to face charges related to Kathleen Doyle's 1980 murder, so he is still currently sitting in an Allegan County jail cell.