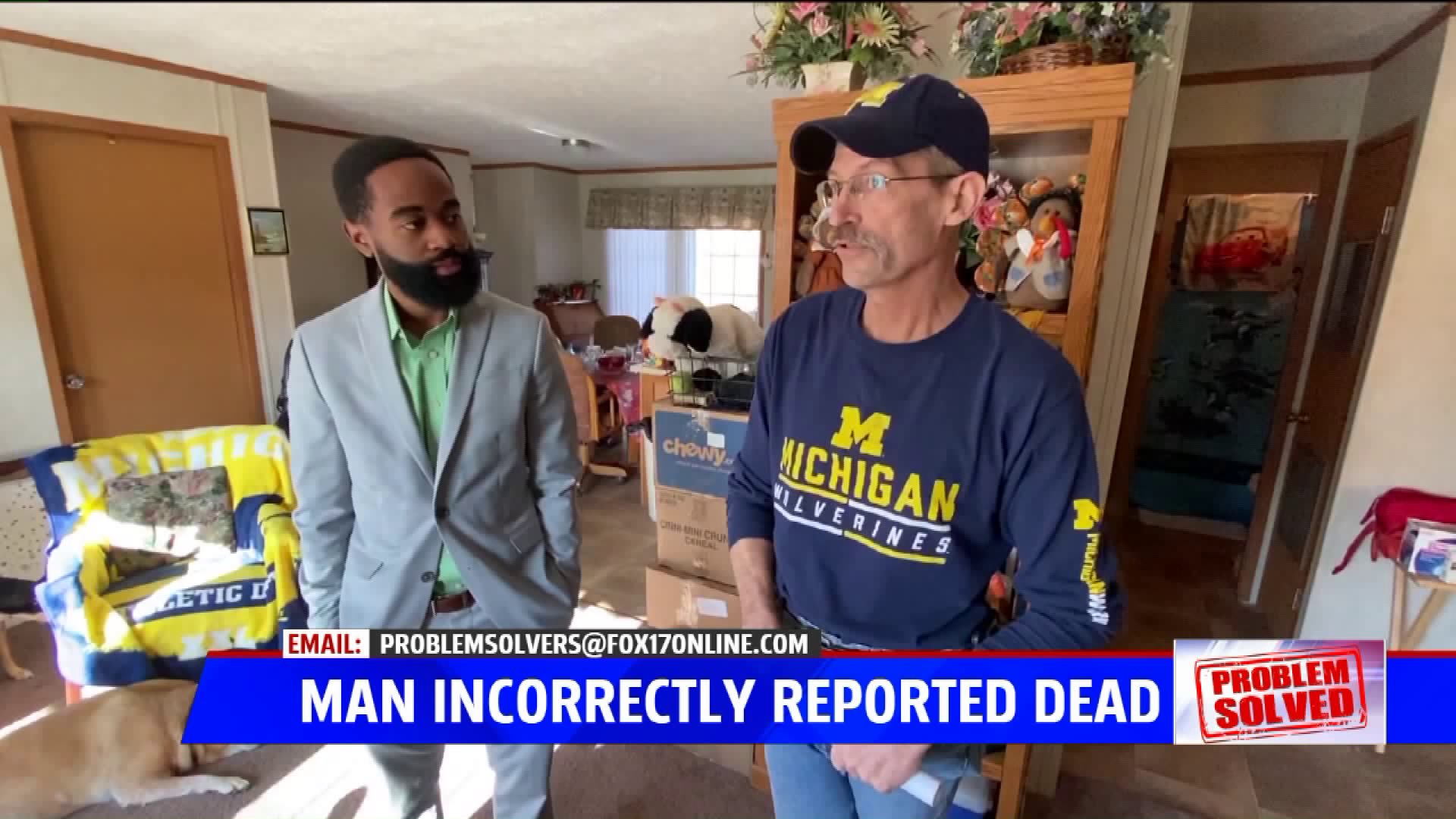 NEWAYGO COUNTY, Mich. -- Dan Bergman says he found out last week he’d been declared dead when he couldn't use his credit cards, and his Social Security check didn’t come in via direct deposit.

“Everything’s been reported that I’m dead," he said.

Bergman showed FOX 17 a condolence letter a creditor wrote to his estate. Another creditor forgave his student loans.

He visited the Social Security office to straighten things out.

“They said, 'We show you (are) deceased. There’s one of four ways that could happen,'” Bergman recalled.

One possible way is when a funeral home mistypes one digit of a Social Security number. Bergman says he doesn’t know what happened, but the local Social Security office made the correction and released his check to Huntington Bank.

“My account is still froze. I can do nothing with it," he said.

He can’t pay his bills nor buy the basics. So he says he visited his local bank branch on Monday to prove he’s alive and then he called customer service.

Bergman said, “They were like, 'Well, you have to go back to the branch.' Well, I’ve already been to the branch. I’ve already proved to them with my Michigan ID that I’m still here. Well, if Social Security can fix it in a day why can’t somebody else fix it in the same day?”

He contacted the FOX 17 Problem Solvers for help. After the interview, we headed to Huntington Bank in Fremont and explained Bergman’s dilemma. An employee said she couldn’t confirm or deny if Bergman is a customer due to confidentiality.

Ten minutes later, Bergman sent FOX 17 a text message stating he heard from the bank and his account was unfrozen.

"And soon as I got the call and then the second call came in from the branch manager, I know it had to be that got the ball rolling with them because apparently it takes somebody more than just the average person to get things done sometimes," he said.