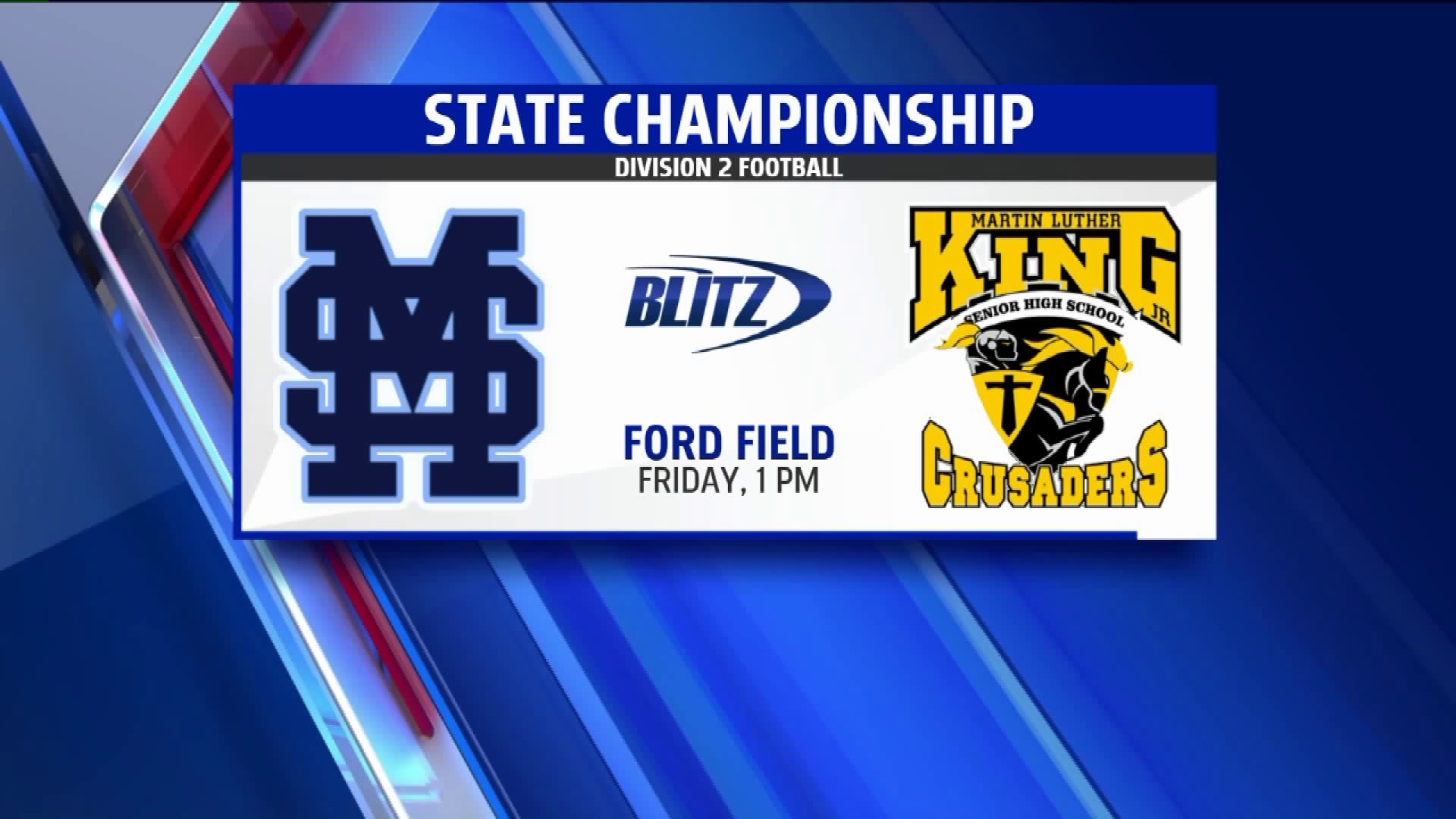 The Sailors played in the state final last season as well and several key players saw a lot of action in that game.

"It helps this being our second year there where a lot of these kids played in that game last year," ninth year head coach Matt Koziak said. "King is a great program, with great athletes but understand that we just played a team with a great program with great athletes so not to get caught up in the glitz and the glamour of it and understand that it's a football game."

"I think it gives our team a lot of experience," junior Brady Rose said about having played in last year's championship game. Trov (Kolbe Trovinger) and Tre'shawn (Hatcher) and everybody there, last year I don't know if they were just taking it all in but this year they know we are going there to win it and not just to play in it."

The division two state championship is schedule to start at 1 p.m. Friday.