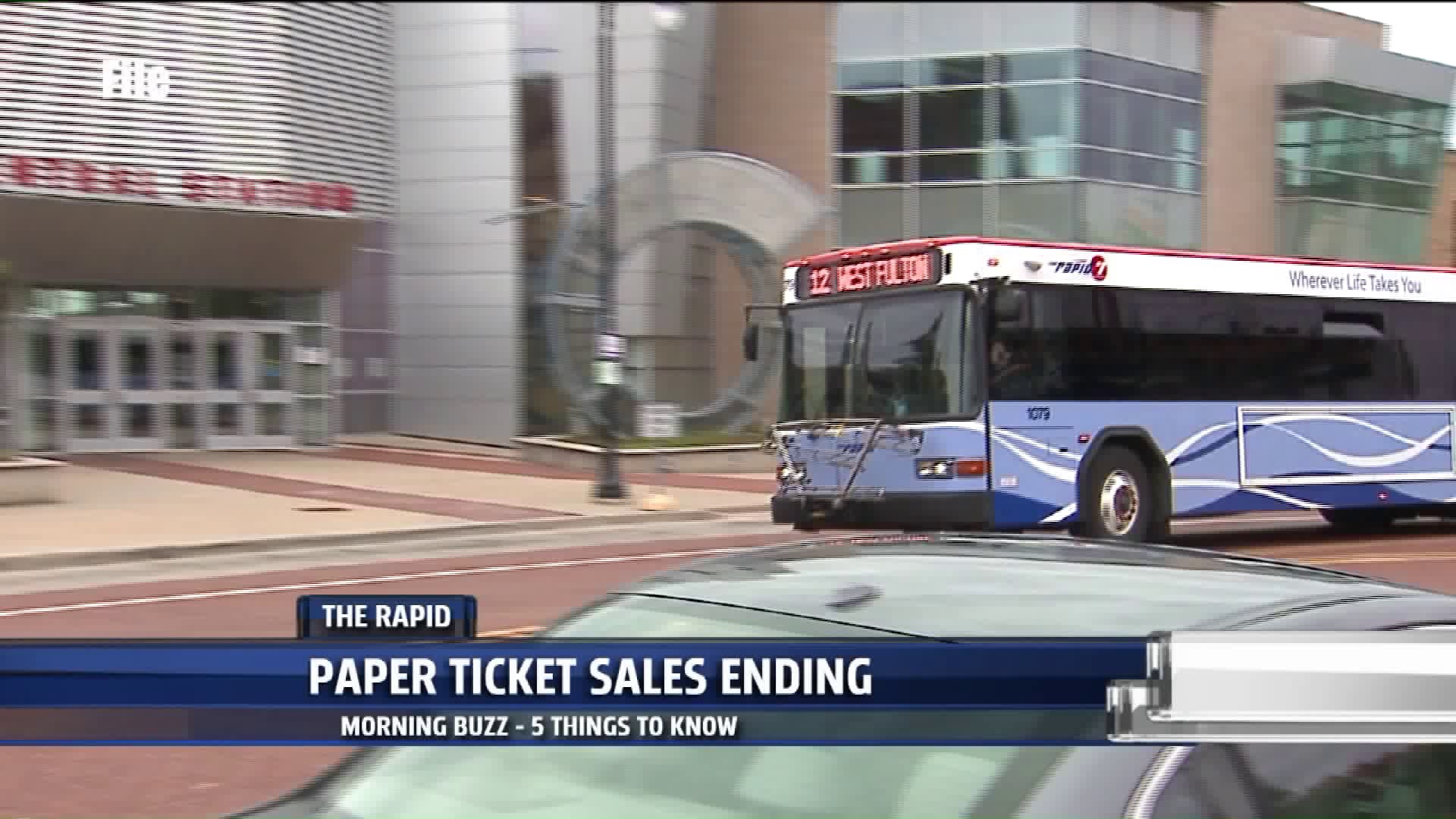 1. Drivers in Michigan will pay less for unlimited medical coverage when it comes to injuries for crashes starting next year.

The new rate goes into effect in July and is nearly half of the previous $220 annual fee drivers currently pay. The move comes roughly five months after the passage of a law making the mandatory fee optional beginning next summer.

Motorists who forego personal protection benefits entirely can do so if they have Medicare or separate health insurance that covers crash-related injuries.

2. Starting today, The Rapid will no longer be selling paper tickets or passes.

Customers will have to switch to the wave card to continue riding the bus.

Purchase and reload a wave card at Rapid Central Station, online, and at more than 60 stores.

Paper tickets will still continue to be accepted as fare until next summer.

3. A couple that recently bought a house in Ionia County made a historical discovery. Evan Pool and his family found ole newspapers from the Ionia Sentinel-Standard dating back to the 1940s under the floorboards when they pulled them up.

Among the articles included many historical figures like Winston Churchill to Adolf Hitler, and the Pool family says they plan to somehow preserve them.

There were also ads for things like the Ionia Theater, which is still standing, along with some other local businesses.

4. More shopping options are headed to Woodland Mall in Kentwood. Next spring, they're adding White House Black Market and a second Sephora.

Both stores will be near Von Maur, which just opened up this fall. It's part of the mall's $100 million redevelopment project.

They say more store announcements will be made later in the year.

5. Motorola is keeping up with modern technology while turning the clock back. The company is returning to its iconic flip-phone design for its new smartphone.

Motorola says the idea is to make a smartphone that's more compact and easier to carry like flip phones were. But when unfolded, the screen is about six inches.

The new Razor phone launches in January, but with quite a price tag of $1,500.