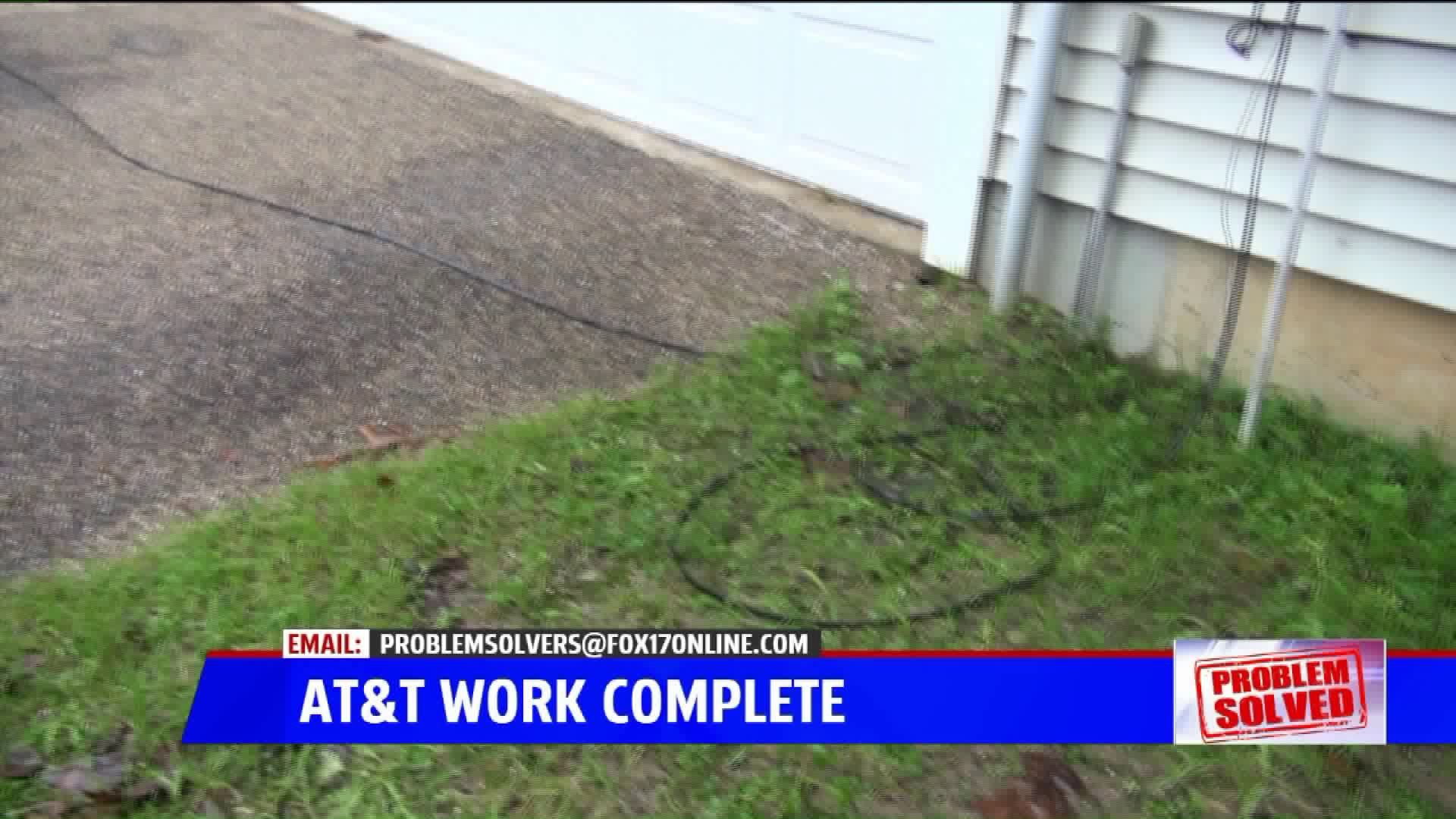 LOWELL, Mich. — A Lowell woman's issue with AT&T has been resolved after five months of trying on her own.

On Wednesday, Pamela Jordan explained her hassle with trying to have the company come to her home and bury an internet. It was running across her driveway for several months.

"It was a very quick turnaround. In two days, it would have been a total of five months," Jordan explained.

Since May, she’d been tracking the numerous phone calls she'd made and department transfers she dealt with with no results. Well, a quick email from the Problem Solvers to AT&T's corporate office got the right person's attention.

She added, "It would not have happened if it had not been for the FOX 17 Problem Solvers."

After Jordan's original story, the Problem Solvers received other emails from viewers with similar complaints. She says she hopes her experience is something AT&T can learn from.

"Either making someone accountable that you can reach the same person, or if something isn't getting done in a timely manner that it goes to a manager that can address the situation. That's what I would hope for," she explained.

Jordan says she can now move forward with her plan of getting the driveway seal-coated but will have to wait to do the chip sealing next summer.

We've reached to AT&T to see what caused the delay and what can be done for other customers with similar problems.