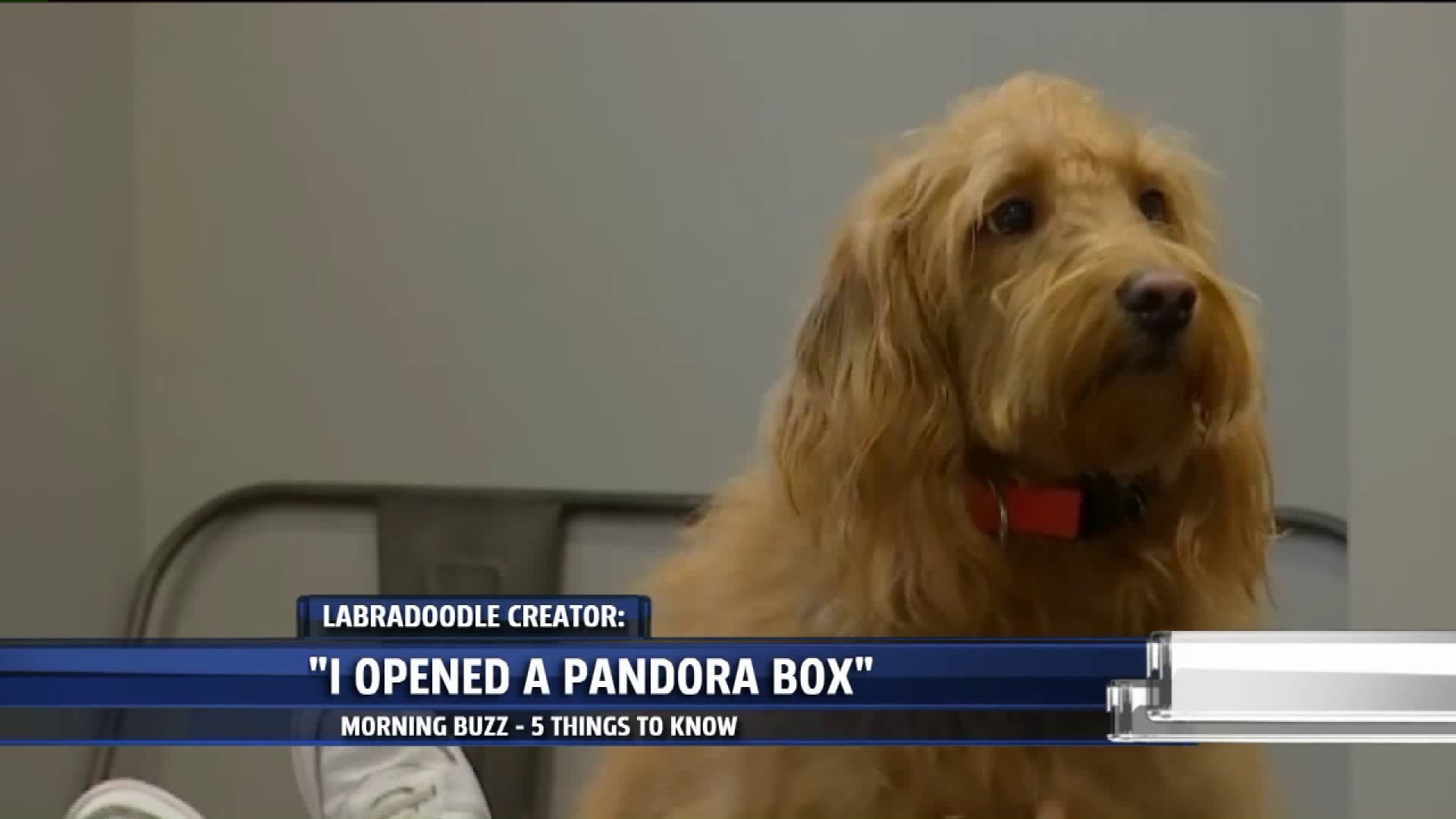 2.) Bissell Pet Foundation's 'Empty the Shelter' is back.  It's from 11am to 4pm on Saturday, October 12.  You can adopted a pet for a reduced price of $25.  The foundation will pick up the rest of the tab.  All pets adopted will be microchipped and spayed or neutered.  A fee may apply for the microchip. A total of 125 shelters are participating nationwide, 53 of them in Michigan.

3.) Some regrets from the man who created one of man's best friends.  Wally Conron, the man behind the Labradoodle, is calling it "Frankenstein Monster". He says he originally bred the dogs as a way of making service animals for people with allergies. The trend didn't catch on because most people want purebred service dogs.  Now he says he worries about puppy mills and about the health of the animals he originally created.

4.) Jennifer Lopez and Shakira taking the stage for the Super Bowl Halftime Show.  Super Bowl LIV will kick off on February 2, 2020, at Hard Rock Stadium in Miami Gardens, Florida. The game will be broadcast on FOX.

5.) Hasbro coming out with an assortment on new 'Play-Doh" products. Starting next month, you can buy slime. They'll come in 3 packs for $3.99 at major retailers, such as Target and Meijer.