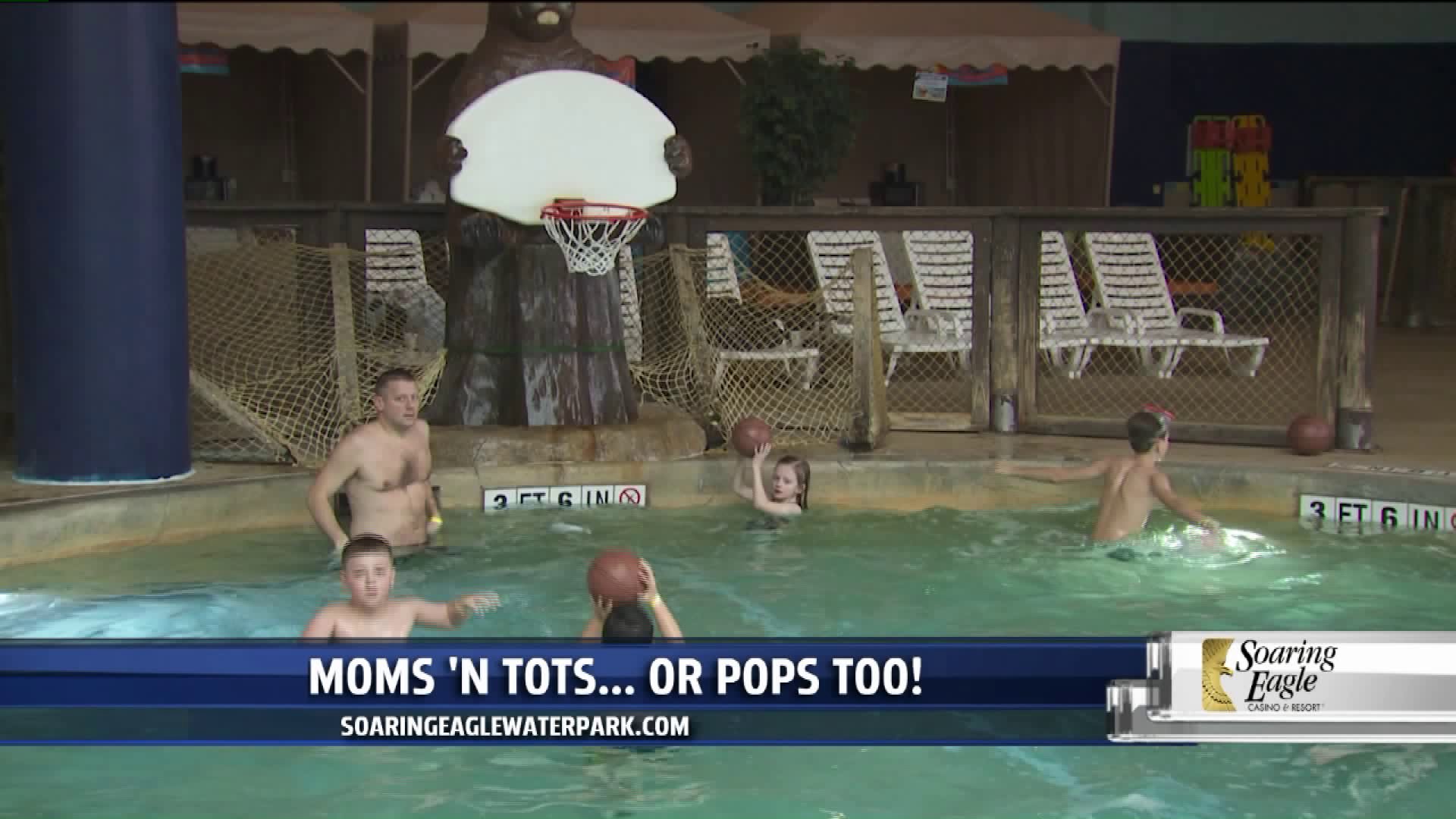 This weekend is going to be a blast at Soaring Eagle Waterpark and Hotel as they celebrate Renaissance Weekend. On September 27 and 28 kids can build a crown and build a pipe cleaner dragon, get glitter tattoos, and watch "Tangled" and "How To Train Your Dragon."

Even the little ones in the family can have a splashing good time Monday through Thursday until September 30 with the Moms 'N Tots or Pops Too Special. Enjoy $5 day passes between 10 a.m. and 3 p.m. To reserve passes call (989)-817-4801.

Toto is making a comeback around the world and they're ready to make a stop at Soaring Eagle Casino. Toto: 40 Trips Around the Sun Tour will be at Soaring Eagle Casino on October 5. The American Rock Band formed in 1977 in Los Angeles. They are widely known for the top hits "Hold the Line", "Rosanna", and "Africa." The band has released 17 studio albums and has sold over 40 million worldwide. They've been honored with several Grammy Awards and was inducted into the Musicians Hall of Fame and Museum in 2009.

Johnny Gill and Ralph Tresvant are hitting the stage on October 11.

Johnny Gill has altered the sound of R & B music for over three decades with a signature sound that pairs superior singing with extraordinary showmanship. He’s brought classics to the world like “My My My” “Where Do We Go From Here” and “Perfect Combination”.

Ralph Tresvant is a shining star that has been captivating audiences for over 25 years as a solo artist, actor, entertainer, writer, producer and legendary frontman of the supergroup New Edition. Ralph has continually had chart-topping successes since he first emerged on the scene, Ralph’s defining voice has been solely responsible for hits like" Candy Girl", "Money Can’t Buy You Love", and "Sensitivity."

They're all coming together for a night of laughs. See the unique stand-up comedy styles of Shawn Wayans, Tommy Davidson, and David Alan Grier on the Off-Color Comedy Tour. They'll take the stage at Soaring Eagle Casino and Resort on October 26.

Rolling Stones calls him a live legacy in the making. Breakout country star Chris Janson, with special guest Runaway June, is coming to the Soaring Eagle Stage on November 1.

Janson is a platinum-selling recording artist, high-octane entertainer, multi-instrumentalist, and award-winning singer/songwriter. Since his debut album four years ago, Janson has been a three-time CMA nominee, released two number-one singles, and was a winner of ACM's Video of the Year for his gold-certified inspiring hit song, "Drunk Girl."

He'll be joined by the three-voice harmony of Runaway June. The lovely voices of Naomi Cooke, Hannah Mulholland, and Jennifer Wayne will bring you back to the early days of country music. Over the past four years, they've climbed up the country music charts with hits like "Head Over Heels" or "Got Me Where I Want You" and "Buy My Own Drinks" and continue to climb up the music charts.

For more mature audiences, get ready to see some of the most gorgeous men alive sing, dance, and more at HUNKS, the world's foremost exotic male dance show. Ladies from all over the world have seen the Hunks perform, and it's a great way to celelbrate ladies' night, a birthday, or a bachelorette party. They'll be making audiences swoon on the Soaring Eagle stage on November 15.

Soaring Eagle wants you to come on down! You could be the next contestant on The Price Is Right Live Show. On November 16, you can get a front-row seat to everyone's favorite game show. If you're lucky enough to be called down, you'll have a chance to win a share of the more than $10 million in cash and fabulous prizes. Contestants will play favorites like Plinko, Cliffhangers, The Big Wheel, and even the Fabulous Showcase. Plus, lucky audience members can win prizes right in their seat.

Spooktacular Weekends are back at Soaring Eagle Waterpark and Hotel this October. All month long there will be a lollipop pumpkin pull, guessing games, poke a pumpkin, crafts, activities and lots of contests. If you want to enjoy a full weekend of events in October, make sure to book your room now by calling 1-877-2EAGLE2.