Update: $500 returned to veteran, so far, for unstarted paving project 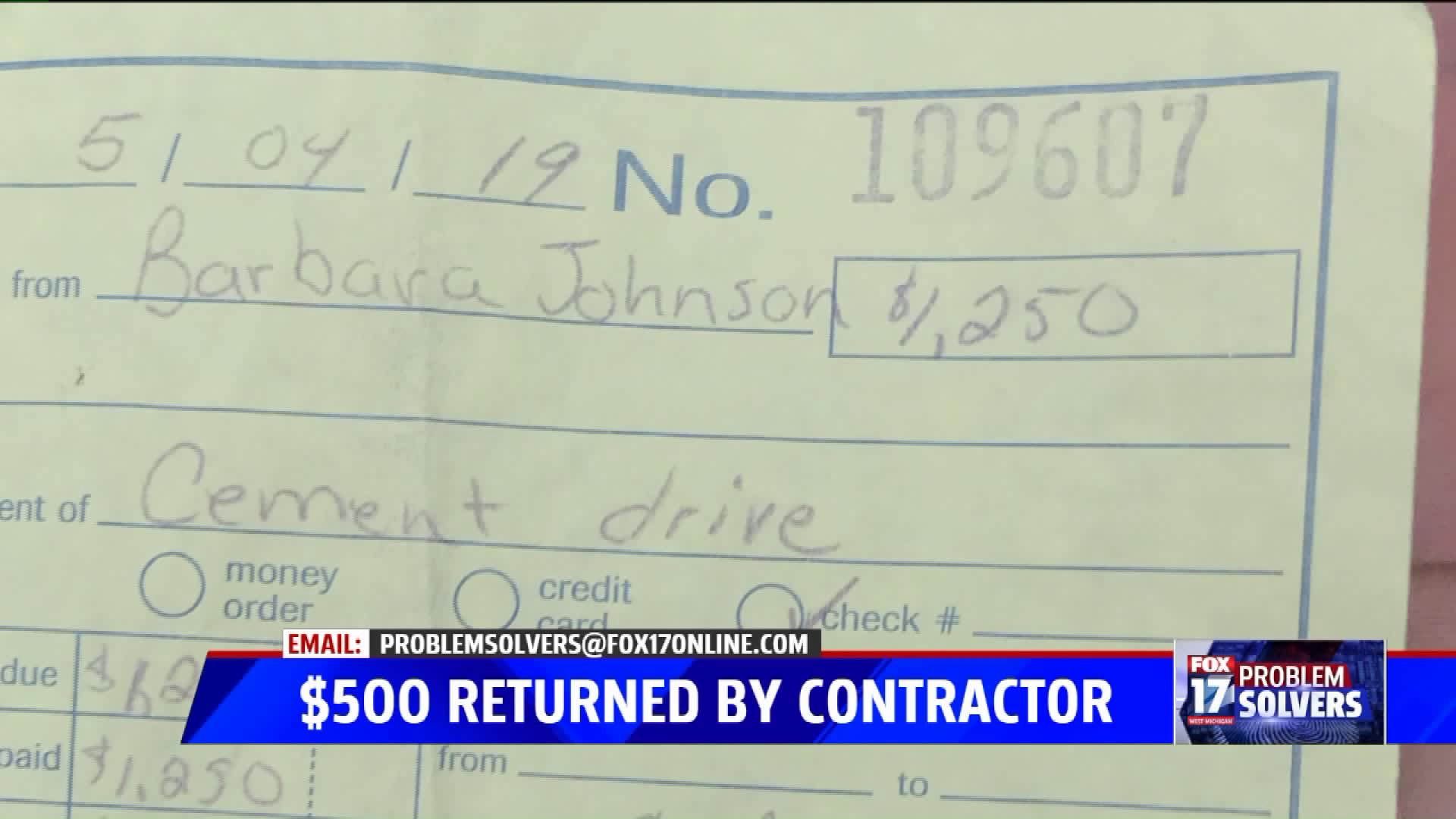 OTSEGO TOWNSHIP, Mich. -- It's a work in progress, but it's progress Barbara Johnson said she wasn't able to make on her own. She said she's received $500, so far, from the owner of Concrete Carlos with the help of the FOX 17 Problem Solvers.

"Once his face got put on the news then he wanted to communicate because up to that point, he wouldn't even answer my brother's texts or calls saying, 'Hey what's going on?' Nope. Nothing," she said.

Johnson said Carlos Mendez finally responded to her brother after contacting the Problem Solvers. She said Mendez never started the project of paving her driveway and gave multiple excuses before going radio silent. That's even though he took the $1,250 dollars she paid him on May 4th.

"I think he was just going to keep the money and not do the job," she said.

Just days after Problem Solvers contacted Mendez Johnson said, "He deposited $500 into my brother's account. That was on Wednesday."

The veteran said Mendez was supposed to pay a little more on Thursday and the rest on Friday. At this point, he still owes $750. It's not problem solved yet, but Johnson is hoping Mendez follows through.

She said, "I'm not getting excited until I have the full amount back cause like I said, he hasn't been reliable in the past. So why should I believe that he's going to make good on his word?"

Johnson said Mendez claimed to have lost her number. However, he has her brother's number. Mendez has given the money to Johnson's brother who is supposed to do the job. Again, he's expected to pay another $750 today (Friday the 30th). We’ll be checking to make sure that happens.

This story is another reminder to never pay in full upfront.