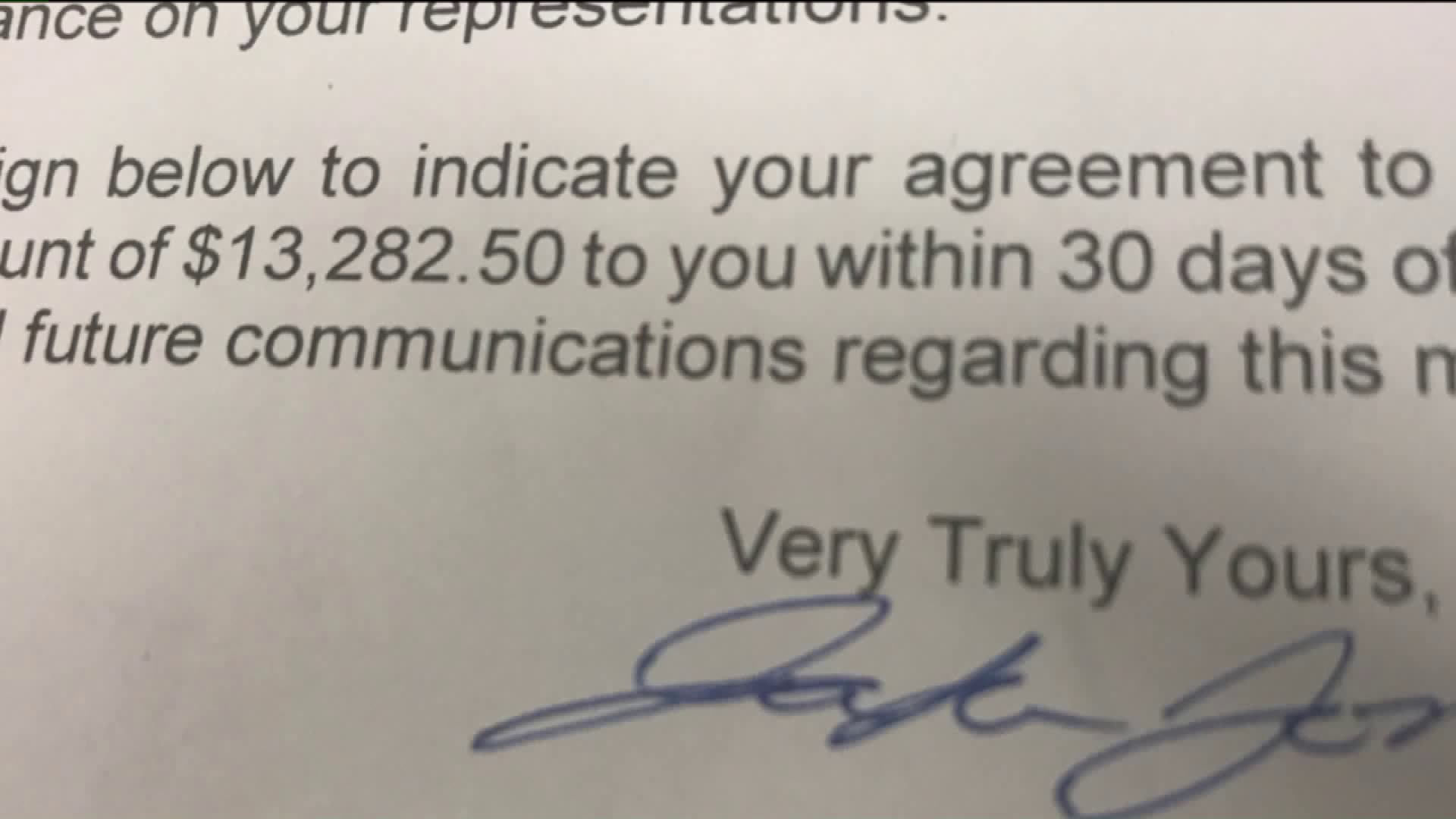 IONIA COUNTY, Mich. -- Julie and Alan Elam said they don’t understand why it’s so difficult to return the money for a project that never got off the ground, however the company involved said there is a proper process that must be followed.

"Just give us our money back," Julie Elam said.

The couple is waiting for a check for $13,282.50 after cutting ties with Reitaliano's Asphalt and Concrete Service and Repair in early June. The Elam's canceled the contract and hired another company to redo their driveway, but they still haven’t gotten their refund.

"He got a lawyer," Alan Elam said.

"The letter from the lawyer stated that because of all the time and supplies that he was out he was keeping $880 of our money and that if we accepted these terms and signed and dated it... when they got that signed and dated agreement he would refund the balance of what we were owed," Julie explained.

The $13,282.50 was to be received within 30 days. The Elams said they mailed that agreement to the attorney in Rockford within days of receiving the letter.

"So then we set up with them to electronically sign," the couple explained.

"We called several, many times and got no answer," Julie said.

"(I) emailed him back. He wouldn't email me back or nothing," Alan said.

She added, "He went to the sheriff's department."

They say an Ionia County deputy played middle man and got through to Reitaliano's.

"And they said that we had not dated it," Julie said.

That was earlier this month. So the deputy brought the Elams another copy of the letter to sign and date which they say was mailed out August 13th. So the wait continues.

Julie said, "My opinion is he's just trying to get back at us to prolong us getting our money back just to make things hard for us."

Randy at Reitaliano’s declined an on camera interview. He said they did not receive the first letter from the couple and the electronic version should have been dated but was not. He said they are now working through the accounting process to get that money to the couple by September 12th. However, he also said if we air this story then he will hold their money in escrow in order to potentially sue both the couple and FOX 17.