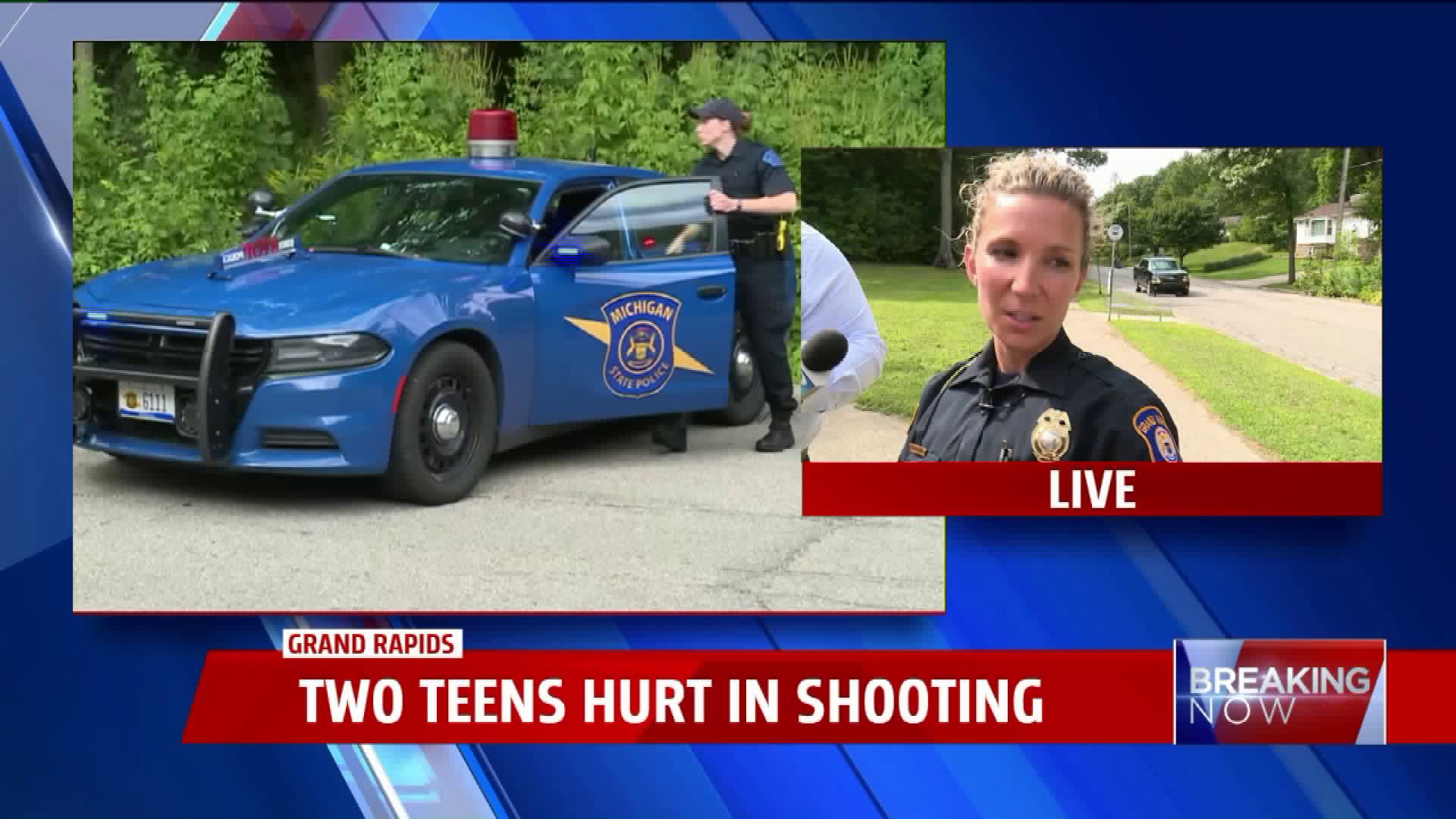 The shooting happened around 2:30 p.m. on Ravine Drive just north of Tremont Boulevard.

Sgt. Cathy Williams said a vehicle with several people inside shot at another vehicle and two teens were hit. Investigators couldn’t immediately specify what led up to the shooting but said both victims’ injuries are minor.

Williams said a neighbor came out of their home and stopped the shooting while it was happening. She couldn’t elaborate any further on how that happened.

Police are searching for the vehicle believed to be involved in the shooting. A description of that vehicle has not been released.

No arrests have been made at this point.

Police and GRPS officials have both said the incident doesn’t involve any current students and didn’t happen on school grounds.