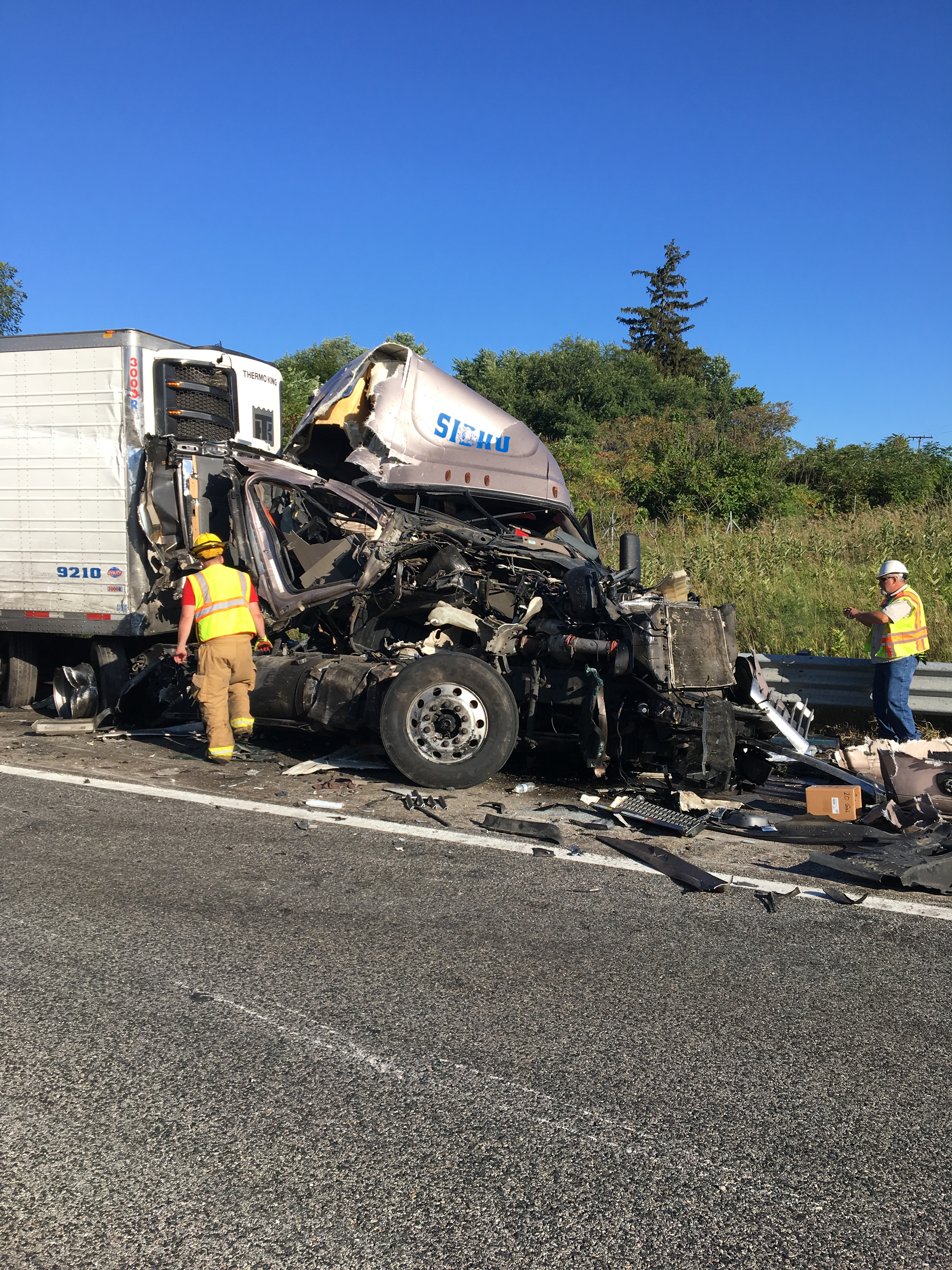 At 6:17 a.m. , troopers from the Michigan State Police Paw Paw Post responded to westbound I-94 in Lawrence Township to investigate a traffic crash involving two semis near the 48.6 mile marker.

The investigation determined that a semi headed eastbound crossed the median, striking both the guardrail and cable barrier before entering the westbound lanes and colliding with a semi headed westbound.

No other vehicles were involved in the collision.

Both drivers reported only minor injuries and were treated at the scene.

The westbound lanes of I-94 were closed from the time of the crash until 11:05 a.m. for the initial investigation, removal of the semis and cleaning up debris.

The cause of the crash remains under investigation.