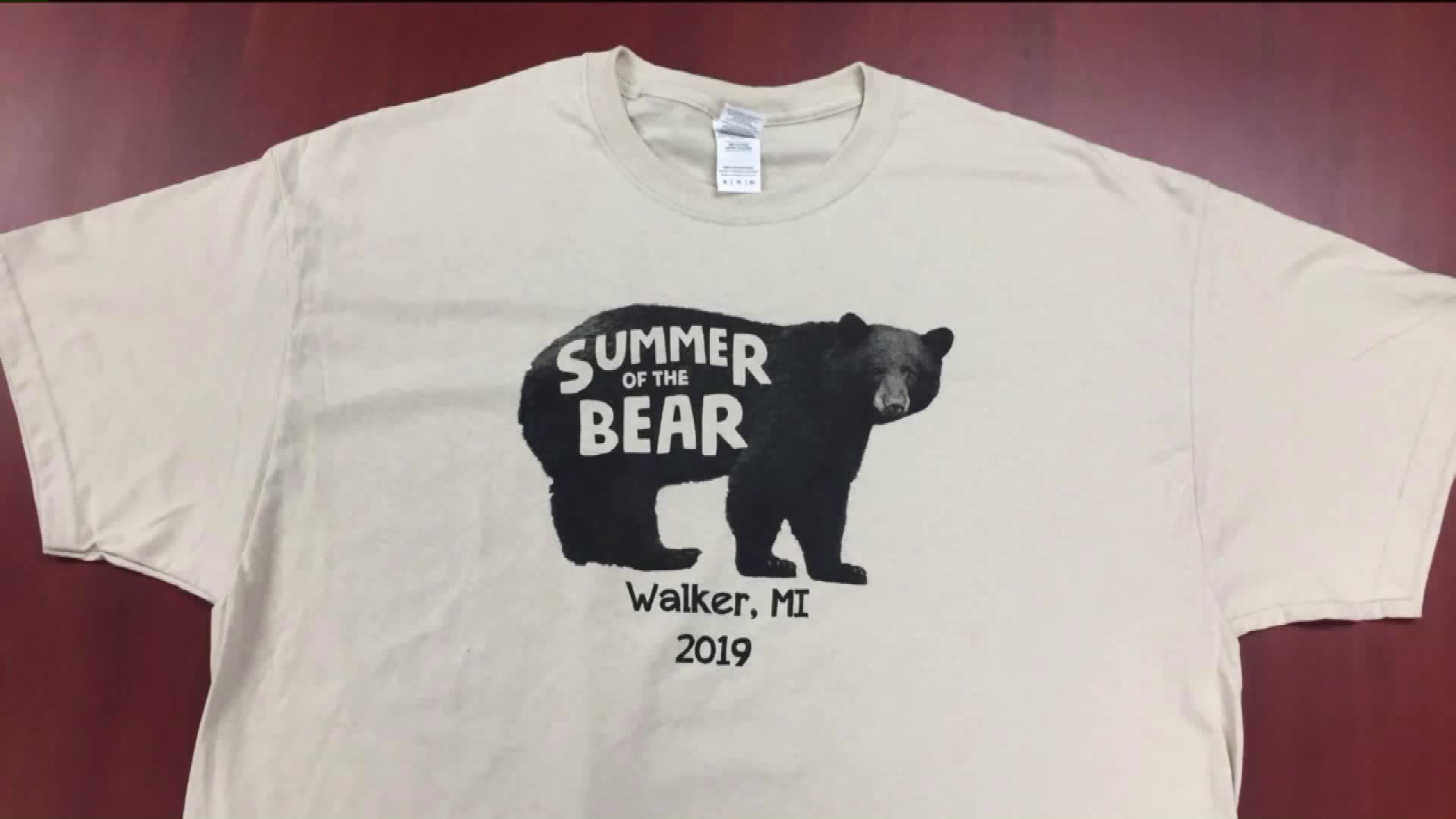 1. Following numerous sightings, one city has gone ahead and dubbed this year as "Summer of the Bear."

Sobie Meats in Walker is even selling t-shirts designed by a local police officer's wife, with a dual purpose in mind.

The shirts not only commemorate Walker's so-called "Summer of the Bear", but they'll also help raise money for Thin Blue Line, an organization dedicated to supporting law enforcement.

As for the bear itself, Walker Mayor Gary Carey says the city has decided to adopt him as its unofficial mascot. They're having fun with it all, and even have been calling their furry friend "Yogi."

2. A home with generations of history behind it is being remodeled, and the process can be followed online.

The owner, Todd White, is bringing a home in Ionia, built in 1877, back to its former glory.

He bought the house earlier this year and plans to live there with his three daughters once he finishes the remodel.

The house has become many things over the years: a hideaway for kids playing hookey, and a sort of mythic structure in the area.

Todd is sharing the restoration process on the Facebook page, The Old House Ionia. People can follow along and share their own stories there as well.

3. A Grand Rapids barbecue restaurant is closing its doors after less than five months in business.

Kelvin and Co. Urban BBQ and Catering on Wealthy Street announced on Facebook that "with heavy hearts and much frustration" it's ceasing operations "due to certain circumstances out of our control and responsibilities with the structural issues at our leased space."

"We thank Eastown and all of Grand Rapids for your support of our local business."

On Saturday the restaurant posted a message on its Facebook page saying it had been closed the last few days because of a "persistent roof leak."

Kelvin and Co. also has a location in Kalamazoo.

4. Many Sears locations across the country are closing down, including one here in West Michigan.

The Portage location at Crossroads Mall is set to close by October.

Liquidation sales are already underway at more than 20 stores closing across the country.

In the past two years, Sears has already closed its Kentwood and Battle Creek locations. Once Portage closes, the only Sears in West Michigan will be at Rivertown Crossings in Grandville.

5. It's a day to celebrate that special senior in your life for National Senior Citizens Day!

The day was started by President Ronald Reagan in 1988 to raise awareness of the challenges that senior citizens face and recognize the contributions they make.

We can learn a lot from their wealth of knowledge, skill, and experience.

So find a senior today and spend some time with them to let them know you care.