Man sought after thefts at WWII museum in Muskegon

MUSKEGON, Mich. - A man allegedly stole several artifacts from a veterans museum over the weekend.

Someone stole a number of hats, buttons, medals and other items that were on display at the USS LST 393 Veterans Museum in Muskegon. Staff at the museum believes they were taken on Saturday, August 3rd.

Museum manager Ike Villalpando first noticed something was wrong when he came in for work on Monday. He first noticed items missing from the museum's Margaret Tolar exhibit. A hat, multiple medals and a hat were taken from her area.

“To the family that donated this, its priceless. Its priceless," Villalpando says.

Once staff noticed that a thief had made the rounds, they contacted police. After looking at surveillance video, police identified a person of interest in the case. They want to speak to the man in the images, believing he likely knows something about the missing items.

John Stephenson, who is on the museum's board of directors, says the theft is disheartening. “We put stuff in cases, behind plexiglass but you have to have a certain trust factor that people won’t take artifacts and dishonor the artifacts and veterans.”

The thief is believed to have taken items from multiple areas in the museum- including a purple heart medal that was in a display case.

Anyone with information is asked to call the Muskegon Police Department at (231) 724-6750. 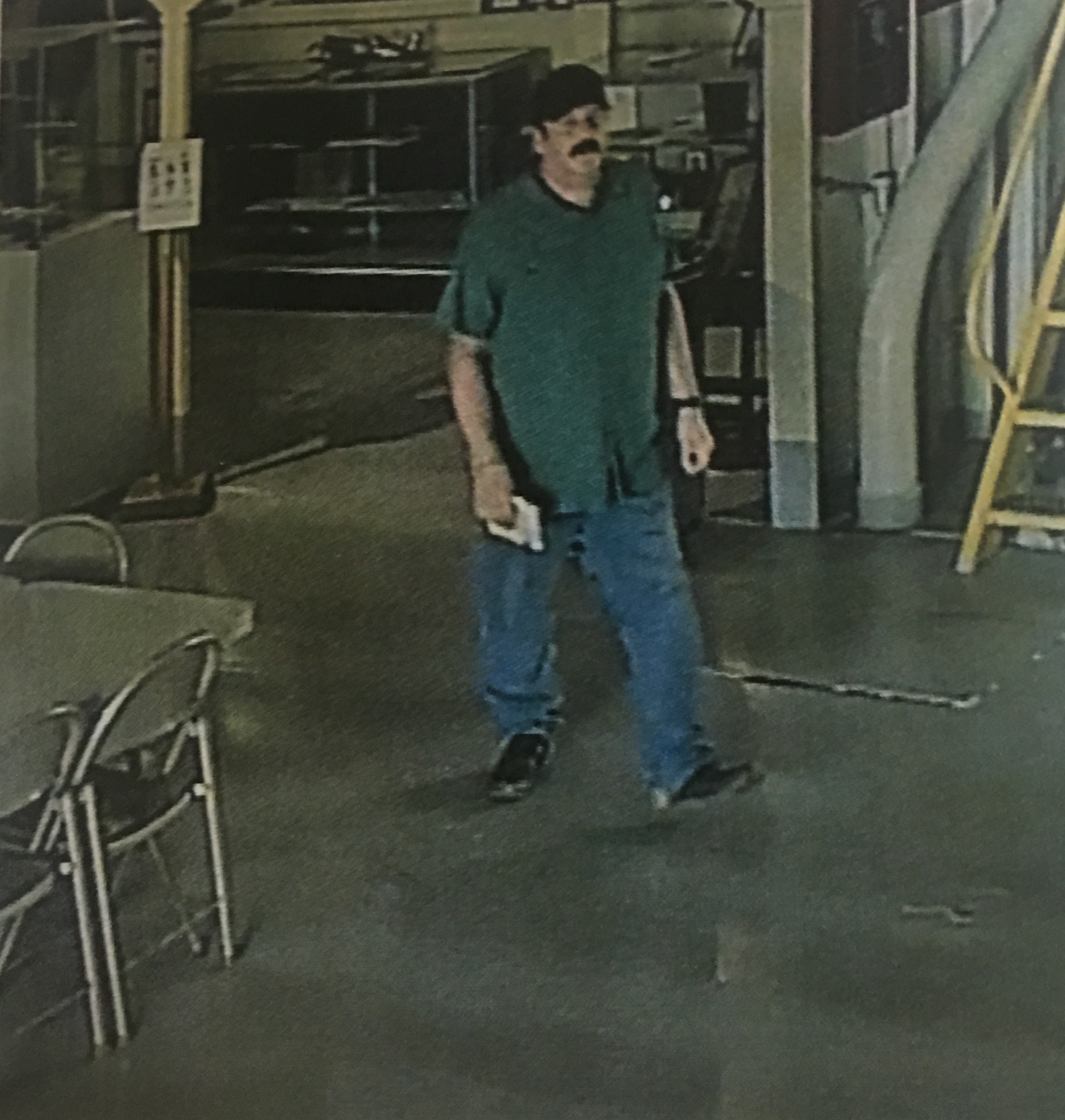