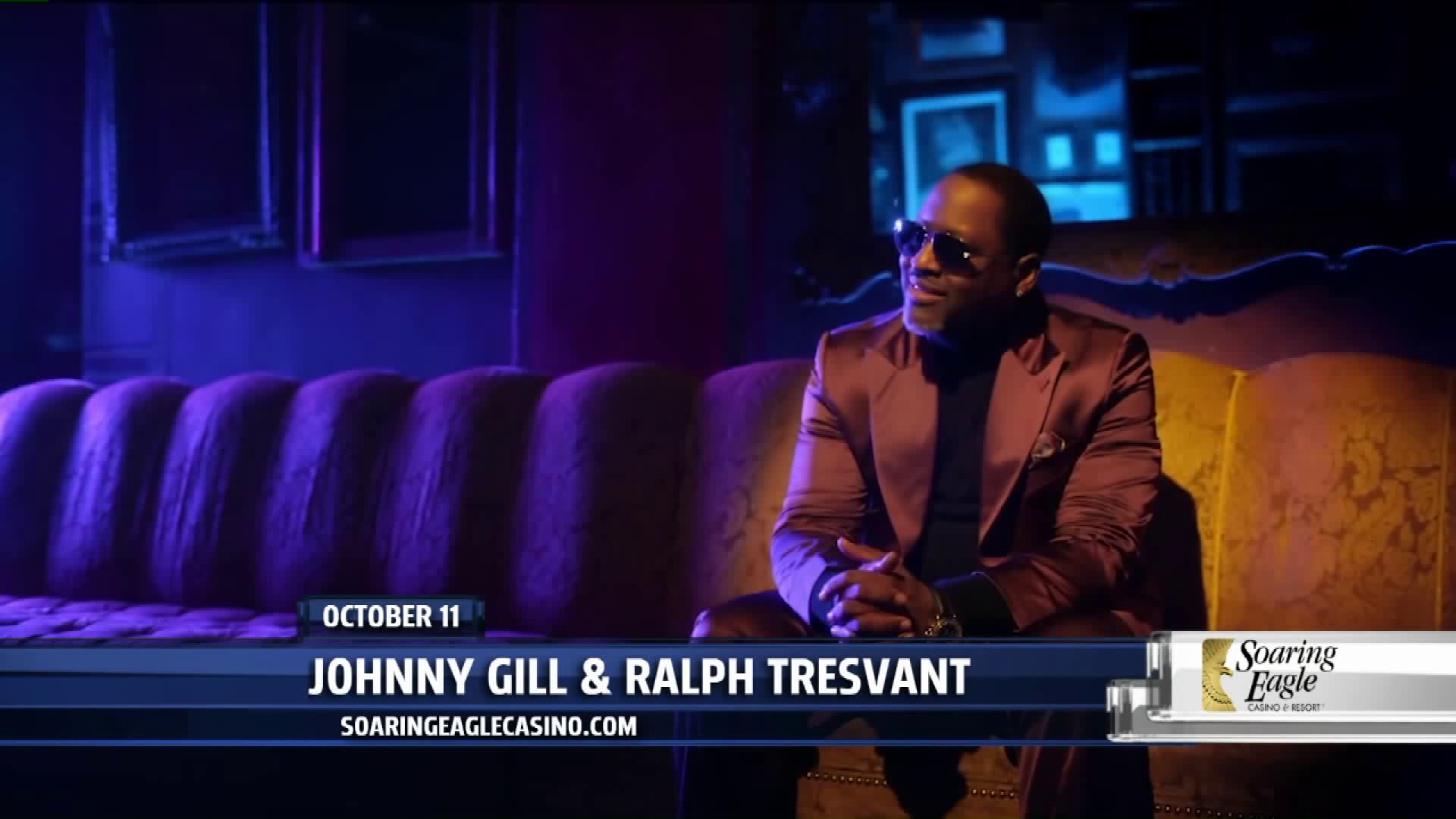 Soaring Eagle Waterpark and Hotel wants you all to gather around for Stories by the Campfire. Today through Saturday, you can enjoy the great outdoors playing yard games in the courtyard, eating smores, take part in a scavenger hunt, and making crafts! Kids can make a popsicle stick smores craft or a handprint campfire craft. Plus after each day of fun, there’ll be camp-themed movies.

Or travel back in time with the dinosaurs on August 16 and 17 for a Prehistoric Weekend. Kids can take part in a dinosaur hunt and dinosaur crafts, or get a cool glitter tattoo for just $5 dollars! There’ll also be storytime with Nokomis, and showings of “The Good Dinosaur” and “The Croods.”

Freshly added to the Soaring Eagle Concert lineup, it's Johnny Gill and Ralph Tresvant hitting the stage on October 11.

Johnny Gill has altered the sound of R & B music for over three decades with a signature sound that pairs superior singing with extraordinary showmanship. He’s brought classics to the world like “My My My” “Where Do We Go From Here” and “Perfect Combination”.

Ralph Tresvant is a shining star that has been captivating audiences for over 25 years as a solo artist, actor, entertainer, writer, producer and legendary frontman of the super group New Edition. Ralph has continually had chart-topping successes since he first emerged on the scene, Ralph’s defining voice has been solely responsible for hits like" Candy Girl", "Money Can’t Buy You Love", and "Sensitivity."

If you love to golf, head to Glow Golf at Waabooz Run Golf Course on September 13. For just $50 a pair, golfers will get 9 holes with a cart, one glow golf ball, and one glow golf necklace. Space is limited for this event so call (989)-817-4802 or visit their pro shop to sign up.