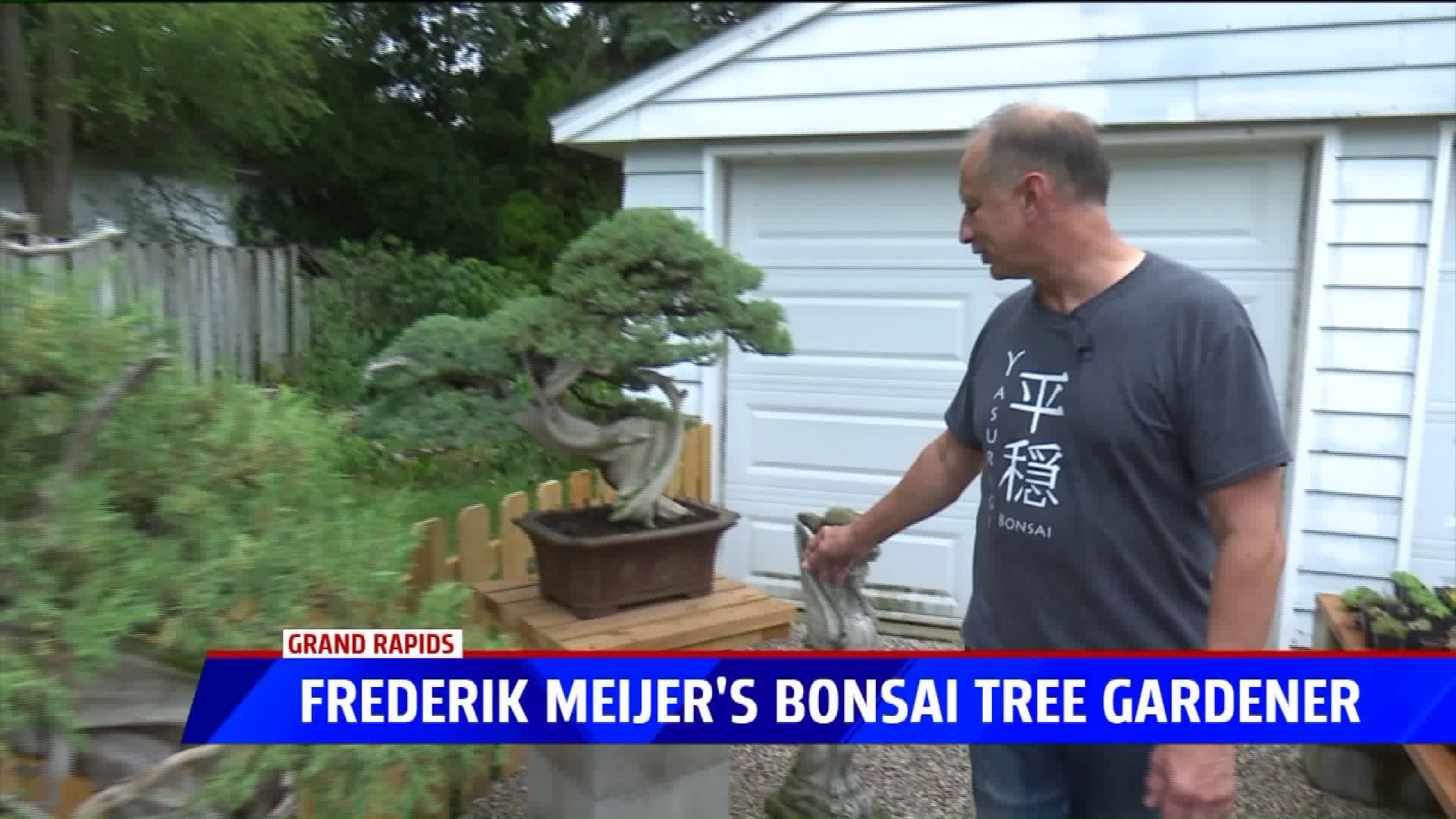 GRAND RAPIDS, Mich. — Behind a nondescript wooden door in the backyard of a home on the city's southeast side sits a serene hideaway, a Japanese bonsai garden.

Tim Priest was pulled into the world of finely trimmed miniature trees 16 years ago. A girlfriend at the time gave him a Schefflera plant as a gift.

"She bought it from Meijer and it had the stones glued on top of it like from the bottom of a fish tanks,” he says.

Priest would soon move up to more advanced specimens.

“At first I hated it because you clip or wire something and you want it to hurry up and grow so you can do something else, but you don’t do that. It might sit for a year," he said.

You enter Priest's backyard garden through a Torii gate he has installed. It acts as a transition point into the garden.

“It separates the mundane world from the sacred world and that's kind of why it goes from the tower into the sacredness of the bonsai garden," Priest said.

Once into the garden, you are immediately brought onto a brick path lined with exquisite potted plants. Each with their own winding backstory. One of Priest's tress is estimated to be about 1,200 years old. That one is his baby.

“They do take quite a bit of dedication at certain times, other times it’s not that bad,” Priest says. It's a hobby has grown into over time.

Priest works as a photographer during the day, so he is used to meticulous work. He says

tending to bonsai goes even beyond that. He says the hobby forces him to slow down, in turn, bringing his life some added tranquility.

When not showing his own trees at shows across the country, Priest also helps organize and run the annual bonsai tree show at the Frederick Meijer Gardens.

Thinking about buying a bonsai yourself? Priest offers this advice: “If you’re going to do it, don’t go about it blindly like I did when I started.”