Family saddened daughter’s memorial was damaged, mom says ‘this is where she took her last breath’ 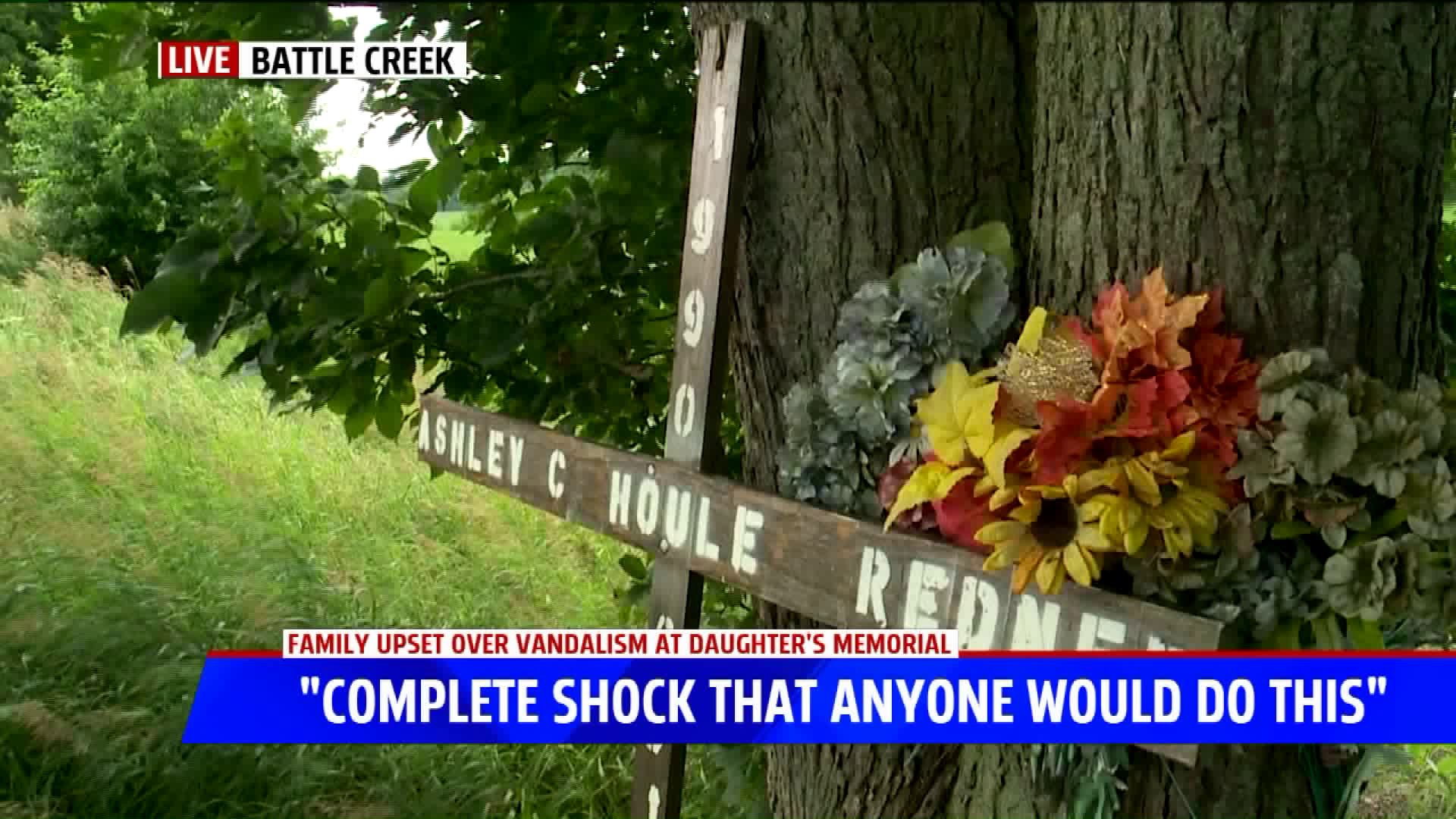 Family rebuilding daughters memorial after it was damaged

She was working at Checkers when she saw a state police car and sheriff’s deputy vehicle pull into the driveway.

“My boss asked me what was wrong and I said 'I’ve gotta go,'” Houle recalled. “My husband had walked to the door with the sheriff's department and the police department and they told me that there was a bad accident and my daughter didn’t make it.”

The crash happened on 13 Mile Road when Ashley’s car slid on ice that morning and crashed into a tree. A few days later, the family created a memorial of a wooden cross with her name painted on it. They decorated it with flowers, an angel, candles and other mementos.

“This to me is like her gravesite. This is where she took her last breath,” Houle said during an interview with FOX 17 at the site. “I couldn’t be there with her but I know this is where it happened. So as a mom you’re there for the first. You want to be there for the last. And I didn’t get that.”

Houle said the family, including Ashley’s three younger sisters, visit the memorial often. The summertime was Ashley’s favorite season. So they’d always come during those months and on holidays and her other special occasions.

“Today is her birthday,” Houle said. “Obviously we would’ve been out here anyways. But to have to come out here and replace her cross was hard.”

A few days ago, Houle received some disturbing news, she said. She and her husband Tim learned that the memorial had been knocked over and some of the items were missing.

“We just want to know what’s going on,” she said with tears in her eyes. “I’d like to say not just my daughter’s memorial, but any memorial, don’t touch it. If it’s not yours don’t touch it.”

It hurts, she said.

Tim Houle immediately began rebuilding the memorial. He put the original cross back into the ground and began zip-tying mementos to the top of it.

The family is grateful, but wants others to stay away from it.

“It’s not just an object to us,” she said. “It means something to us. We loved her. We still love her and we’ll never stop. And for somebody to do that it’s just wrong.”