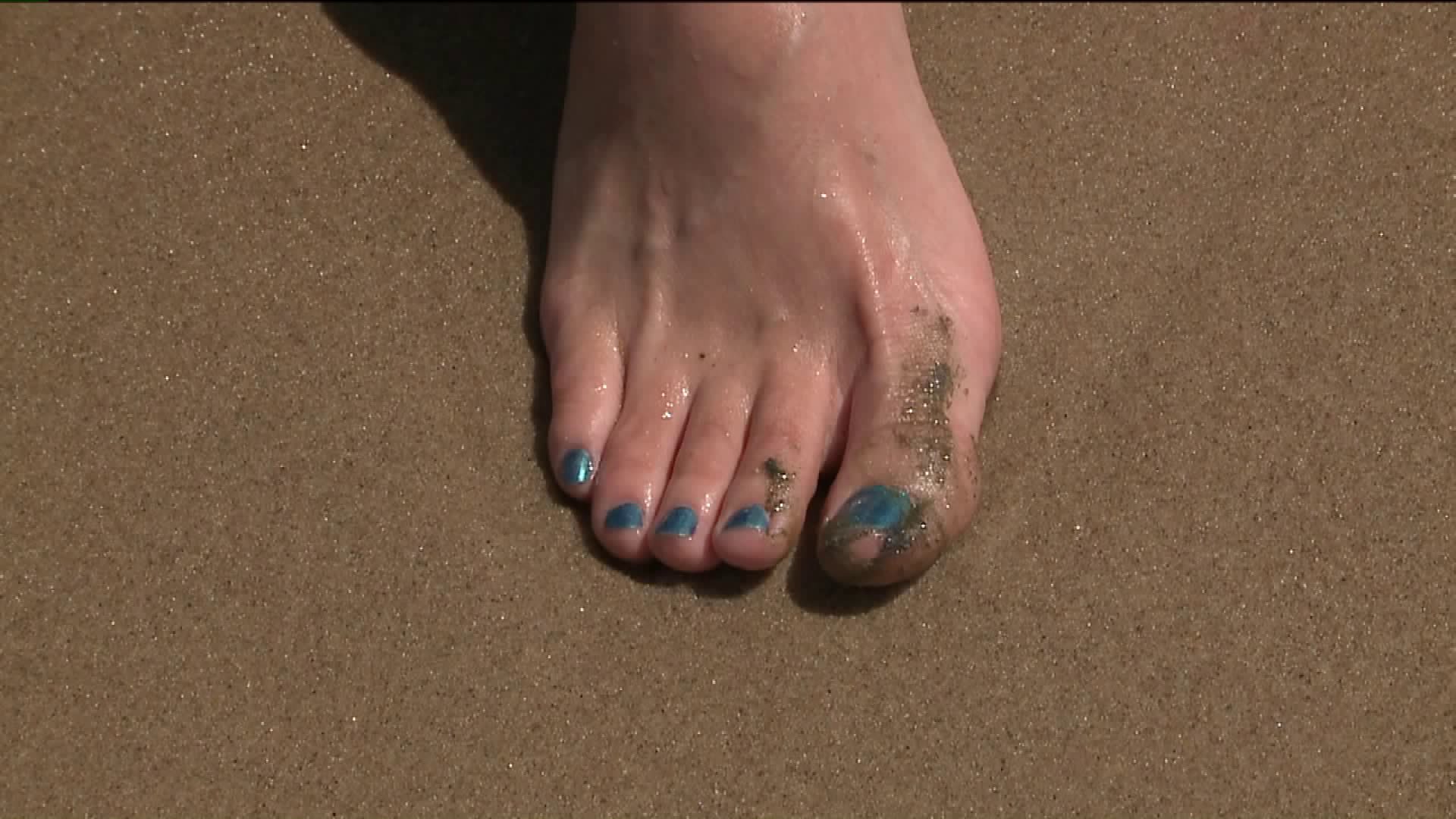 MUSKEGON, Mich. — A tar-like substance found in parts of Muskegon Lake is raising some concern from boaters after a Muskegon family encountered the substance twice over the weekend.

Steve Hommes was on the west side of the Muskegon lake with his family on Saturday when he made an odd discovery.

"It felt like grease, from like a machine just wiped on the bottom of my foot. It was really sticky kind of like a tack feeling between your fingers," says his son Derek, who stepped into the black goop.

The very next day, just yards away from their first encounter, the Hommes family came across it again.

"We parked further down, we figured maybe it was isolated and then we picked up more of it that was down 100 some feet down the beach," Steve says of the odd incident.

"As teenagers we went to this particular beach where we picked this stuff up and neither one of us has ever encountered this."

But what the substance is remains a mystery.

Kathy Evans of the West Michigan Shoreline Regional Development Commission learned about it Tuesday and says with Muskegon's industrial history it could be anything.

But until testing is done, they can’t know for sure.

"My biggest concern at the day that I posted that was that I didn't want other boaters end up with the mess that I did at least be on the lookout for it," Steve says. "This is our lakes anything that's in the water that's especially something that could be oil based that is concerning. We all share this lake, we can't get it back once we destroy."

The substance is not something that burns the skin or is harmful to the touch but it is very sticky and can leave marks on a boat and skin.

FOX 17 has reached out to the Michigan Department of Environment, Great Lakes and Energy to look into the substance.

Anyone who comes into contact with it is advised to take a photo can call the EGLE Pollution Emergency Alerting System at that  800-292-4706.