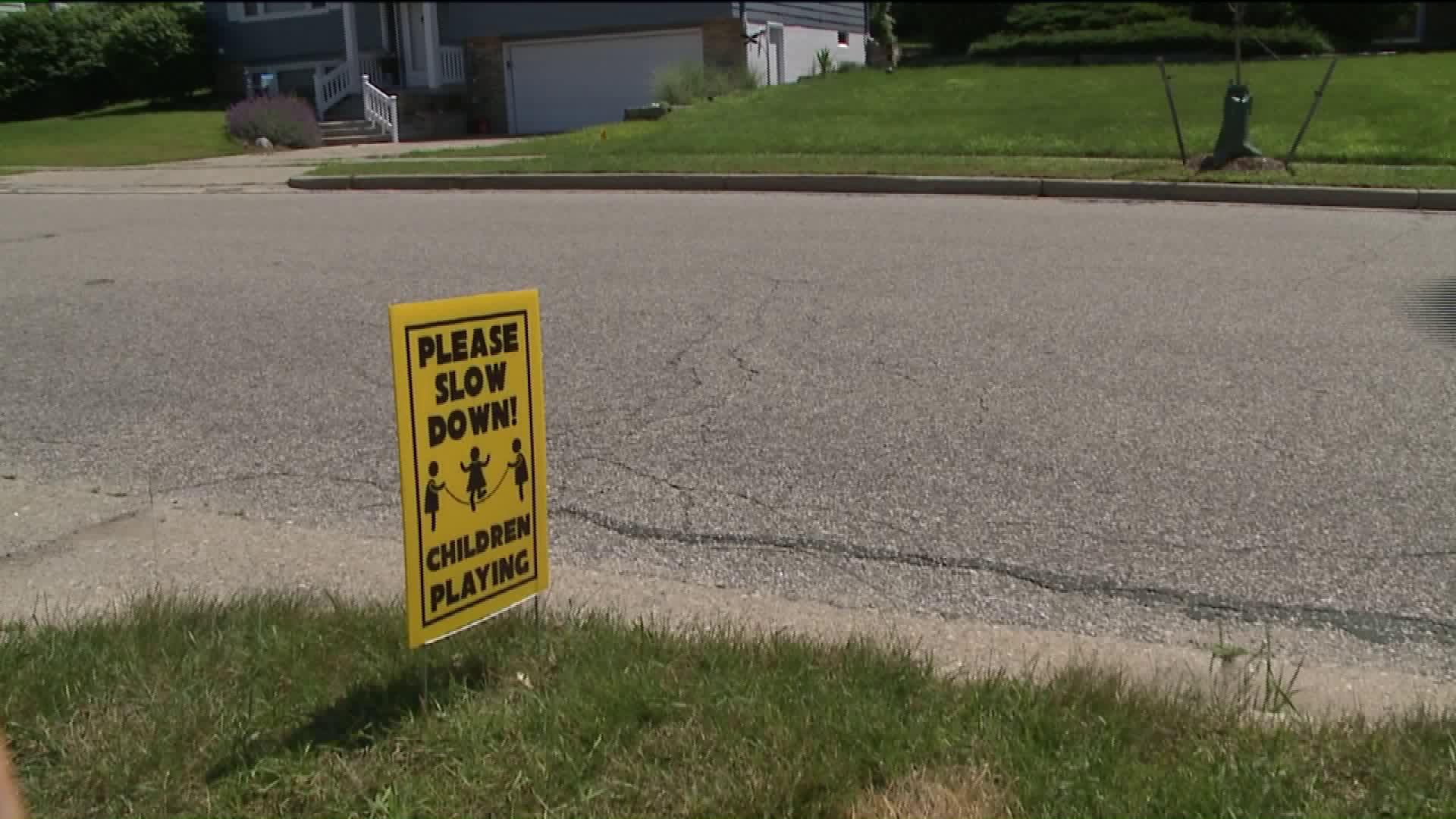 GRAND HAVEN, Mich. — The summer traffic heading out to the lakeshore has got some parents in Grand Haven concerned.

A stretch of Hillcrest Street has become a popular shortcut for drivers in Grand Haven.  Drivers are pulling off the constantly busy US-31 and dipping through residential streets to skip the wait.

This has parents living on these "shortcuts" worried that a vehicle may eventually hit one of their children.

“They don’t realize this could be a life or death thing, with small kids trying to cross the street getting to a friend’s house,” Sarah Harrison, who lives on Hillcrest Street with her family.

“It’s like they don’t really realize whats going on outside their car," said Harrison's son Sawyer.

His mother says there have been some close calls with vehicles flying down the road.

The speed limit on Hillcrest Street is 25 mph. Shyle Lyons, who also lives on the street with her family, says cars regularly drive at least 35 mph.

She says her and her husband have had to take a hard-line approach to letting their children go into the roadway.

“They have it drilled into their heads. They know exactly what the rules are. They can’t cross unless there’s someone old enough to cross with them," Lyons said.

Lyons says within the last few weeks, she has asked the Grand Haven Department of Public Safety to put a radar speed sign into their neighborhood. The families hope that might encourage drivers to slow down.

The two families wish they could let their kids run back and forth between each other's homes, but the danger feels too real.

“It is that idea we want them to have that freedom to you know go to each others houses and enjoy that childhood ability to not just be trapped in the house in Bubble Wrap,” Lyons says.

For now, they have both placed signs in their front yards that read "Please Slow Down! Children Playing."