Boy with autism getting help after tricycle was stolen 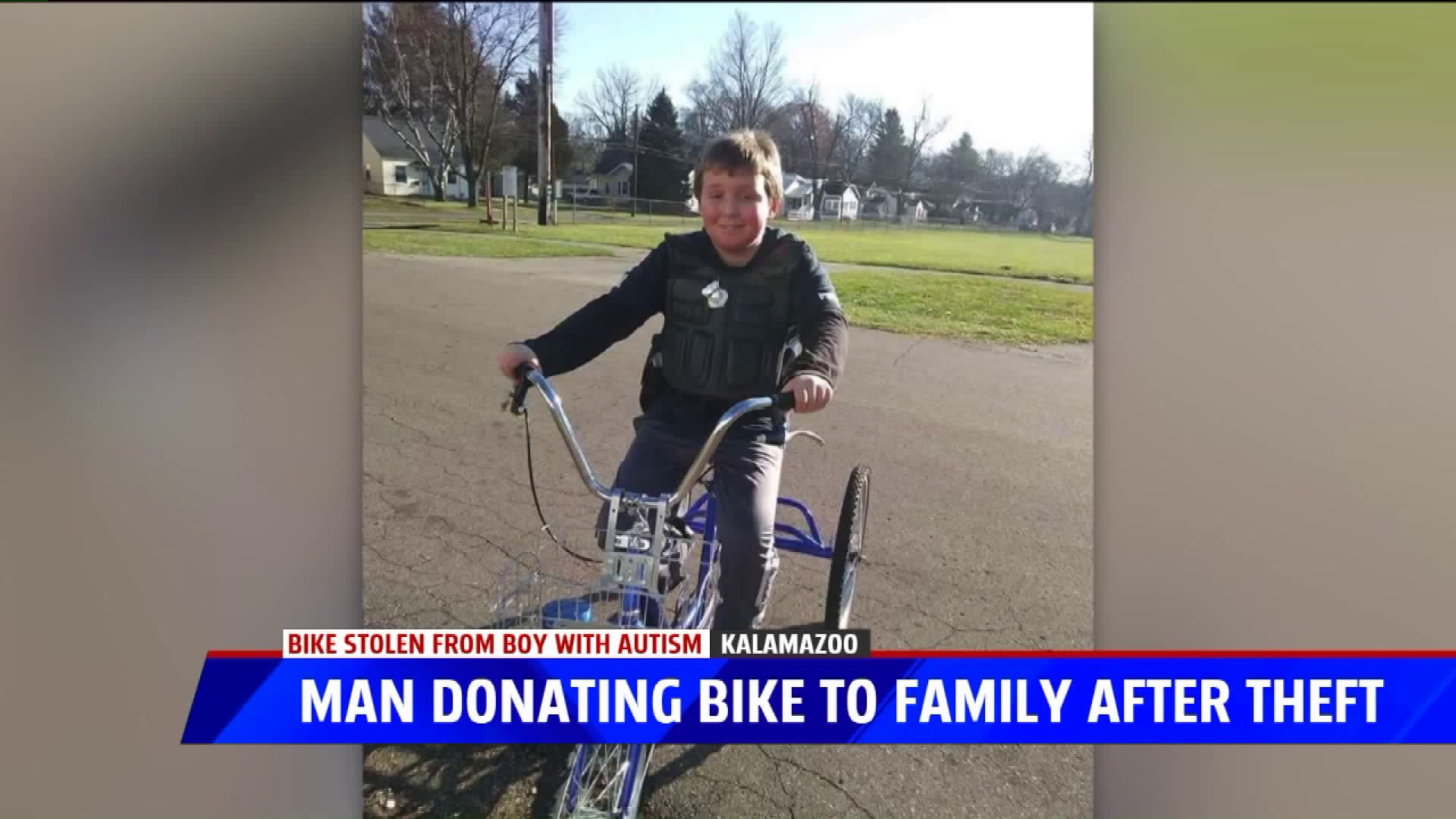 Boy With Autism Had Tricycle Stolen

KALAMAZOO, Mich. — A young "officer" in Kalamazoo had to temporarily hang up his badge after his tricycle was stolen last week.

Jacob Palmquist is fascinated by law enforcement and the military and would use his tools and bike to catch speeders trying to go down his road.  Jacob is autistic, so his parents had purchased him a tricycle so he could keep up with his "patrols."

"The bike was a really big deal because he could never ride a bike before," said Jacob's mother Bobbi.

When the tricycle was stolen, Bobbi took to social media to try and get the word out.

"I was like, 'Are you kidding me right now?' I was depressed, surprised even," said Jacob.

"The whole community in this neighborhood has really embraced Jacob," said Bobbi. "Everyone knows Jacob on his three-wheel bike as an officer."

A man who the family has never met has anonymously came forward and bought a new tricycle, which will be handed off to the Kalamazoo Department of Public Safety and given to Jacob next week.