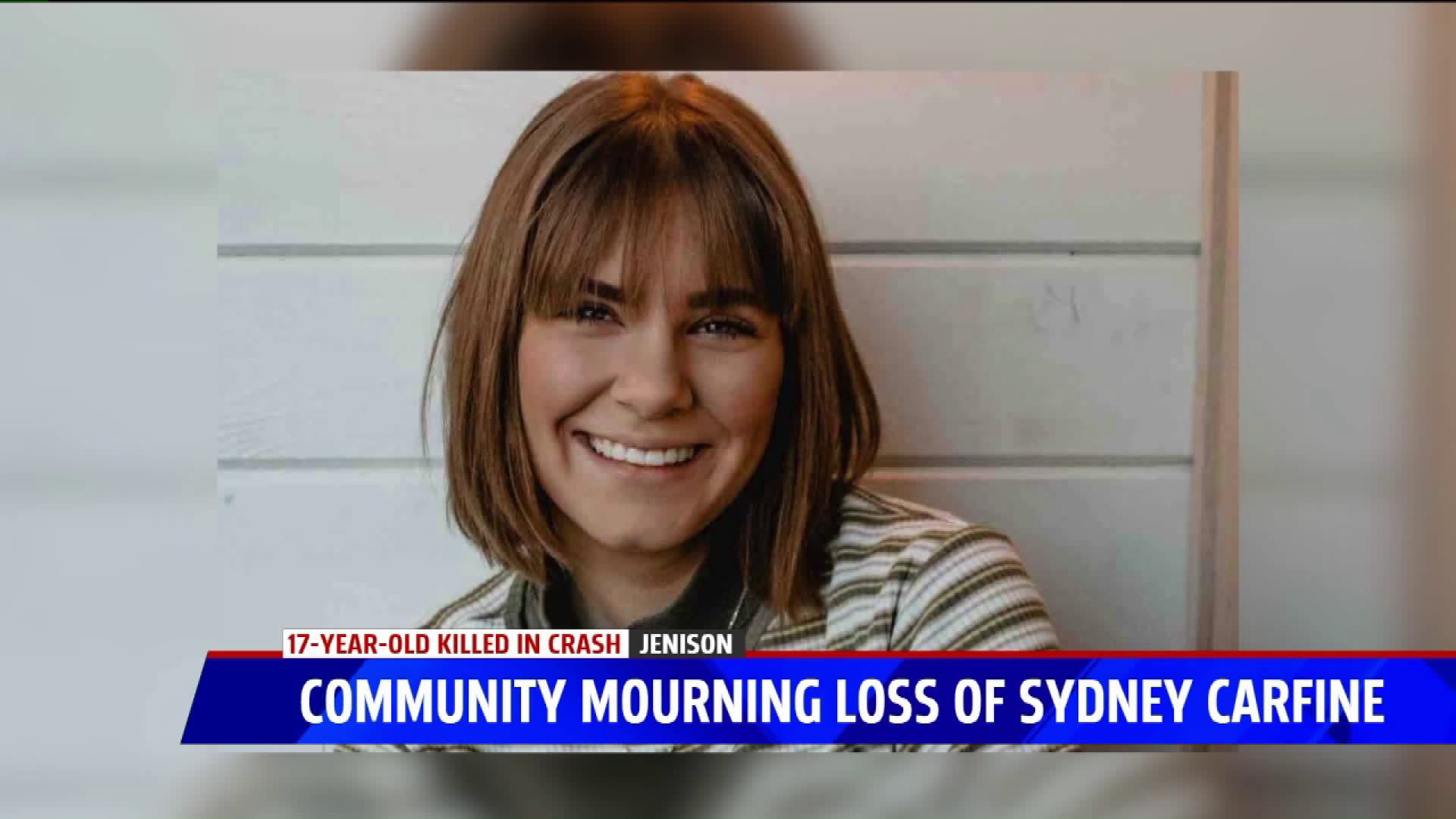 The Jenison community is mourning the loss of a 17 year-old girl, killed in a crash in Georgetown Township Friday night.

Friends say Sydney Carfine, was one of the sweetest girls they’ve met.

After the summer, she was set to go into her senior year of high-school.

At the scene of the crash, Saturday on 18th Avenue and Chicago Drive,  friends of Sydney Carfine, placed flowers, letters and teddy bears; taking time to say a prayer for their beloved friend.

Deputies say the teen was killed after she drove through a flashing red light and was struck by another driver.

Sydney was rushed to the hospital where she later died.

For years Sydney worked with her mom at Maple Hill Golf Course in Grandville, she was a rising golfer with plans to play after high school.

"Very, very big golfer and a very good golfer she performed really well, she had some very high aspirations to go play in college, she was an excellent golfer," Maple Hill Golf Manager Eric Texer, said.

Friends say her personality even out-matched her great golf game.

"She was a lot of fun to be around she always had a smile on her face, she had a great personality about herself. As good of golfer as she was, she was even much better of a person," Texer, explained.

"We’ll always remember her for that, for being an upbeat and cheerful person she brought a lot of smiles to your day," Texer, added.

Golf course staff have set up a GoFundMe page to raise money for the Carfine family.