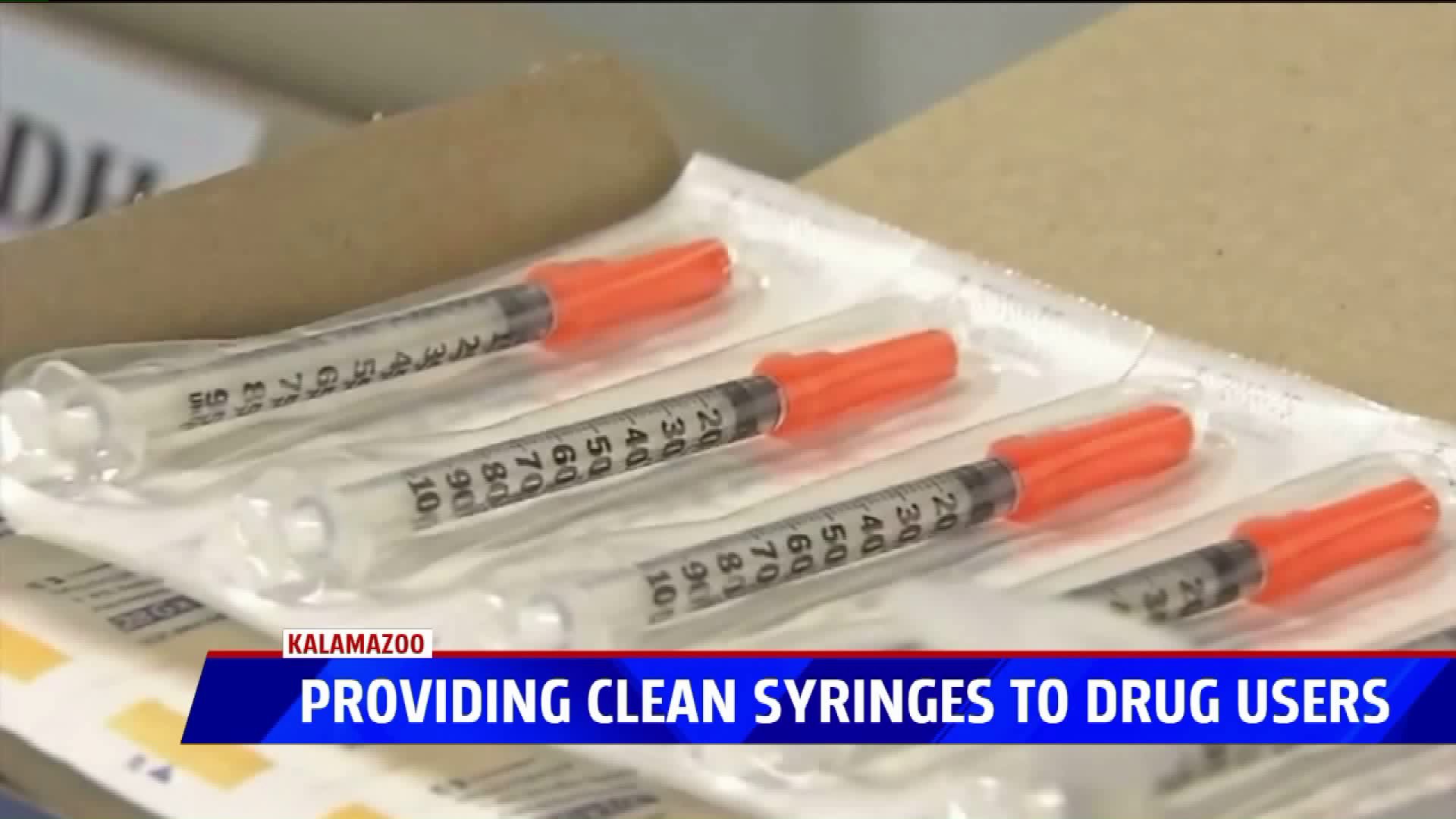 KALAMAZOO, Mich. — When Nancy King found out in 2009 that her teenage daughter Marissa was using heroin, she was devastated. The epidemic was just beginning at the time and their wasn’t any information on substance abuse disorder.

The only thing she knew was that Marissa’s journey began when she abused prescription pills in high school.

“It wasn’t until after her overdose that I realized this can’t happen to other people,” King said. “My goal is to help create a compassionate community.”

It’s been King’s mission since that day. She co-founded the southwest Michigan  chapter of Families Against Narcotics and is now the executive director of the Community Outreach Prevention and Education Network.

“Safe syringe programs aren’t just about giving needles to people, which is a lot of the concept. ‘You’re just handing needles out,'” King remembered people saying to her. “It’s really about recovery services.”

She said it’s also about reducing the spread of communicable diseases like hepatitis, HIV and other sexually transmitted infections. If someone turns up positive, program officials can direct them to a number of health resources.

“(It’s about) being able to look in terms of the health of the individual,” King said. “So taking a harm reduction approach. Not everybody’s going to be ready for abstinence right away.”

Currently 2.5 million people suffer from a substance use disorder related to opioid pain medication, she said. Over 900,000 people are using heroin.

King believes that addiction is not a choice. Part of her goal is to educate the public about the epidemic and what users go through.

“Substance abuse is a medical illness and yet we treat it as a moral failing. And, its’ not,” King said. “Most of the time we’re seeing there’s a lot of connection to trauma in their life.”

King said now that city has voted on allowing for a safe syringe program to exist, what she's  looking for now is a location.

King and other organizations are looking for a place  where people addicted to drugs can bring used needles, to get them off the streets, and where they can also have access to health services.

However that may take some time, she said. They have to develop a formal program and present it to the city commission again before they can continue to move forward and open it to the public.

“We don’t want to see this as a process of enabling somebody,” King said. “If somebody suffers from a substance use disorder, until they are ready for recovery,  they’re going to do what they do. And we might as well do it in a way where we can keep them healthy,  safe, as well as keeping the community safe at the same time.”