LONDON, England (CNN) — Meghan, Duchess of Sussex, made her first appearance at a public engagement Saturday since the birth of her son, Archie Harrison Mountbatten-Windsor, at the traditional Trooping the Colour, a celebration of the Queen’s official birthday.

Wearing a blue hat, the Duchess of Sussex waved to thousands of people who had gathered along the Mall in London to watch the spectacle, in which more than 200 horses, 400 musicians and 1,400 officers are taking part. 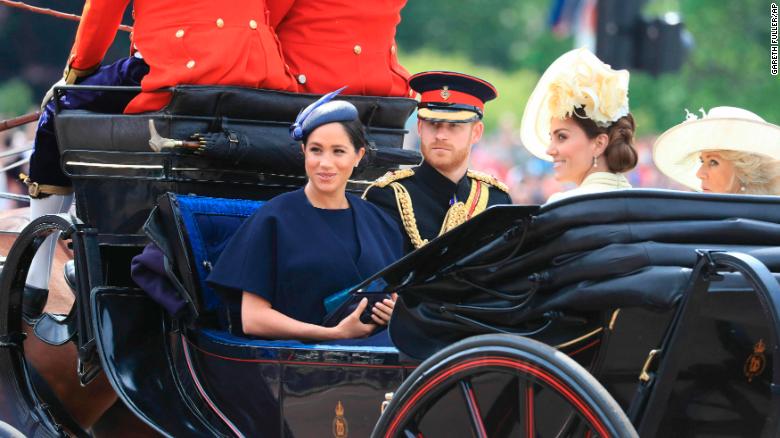 Duchess Meghan made her first appearance at a public engagement Saturday.

The monarch is technically the head of Britain’s armed forces, and would traditionally lead an army into war. The parade, which gives the Queen a chance to review her army, moves from Buckingham Palace down the Mall to Horse Guard’s Parade, with members of the royal family traveling on horseback or carriage.

Meghan and Prince Harry make their way in a horse-drawn carriage to Horseguard’s Parade ahead of Trooping the Colour.

When the Queen was younger, she would ride side-saddle on horseback to greet the public. But in recent years, she travels by horse and open carriage.

This year the Queen was resplendent in cream as she traveled from Buckingham Palace to Horse Guard’s Parade in a state carriage. 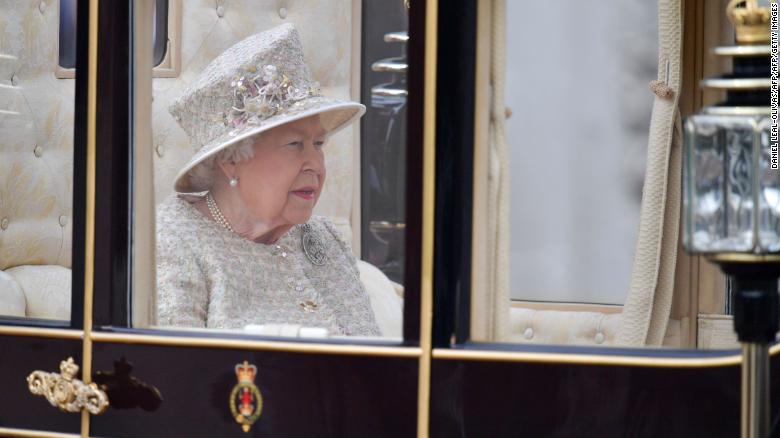 The Queen traveled down the Mall in a carriage.

She was followed by Charles, the Prince of Wales, the Duke of York, the Duke of Cambridge, and her daughter the Princess Royal, who were all on horseback.

The Queen proceeded to inspect the troops at Horse Guard’s Parade before riding back to Buckingham Palace at the head of her Guards. Once at the palace, the entire royal family gathered on the balcony to watch the colorful flypast by the Royal Air Force.Prince Louis was seeing waving at the crowds during the flypast as he took part in his first royal engagement. 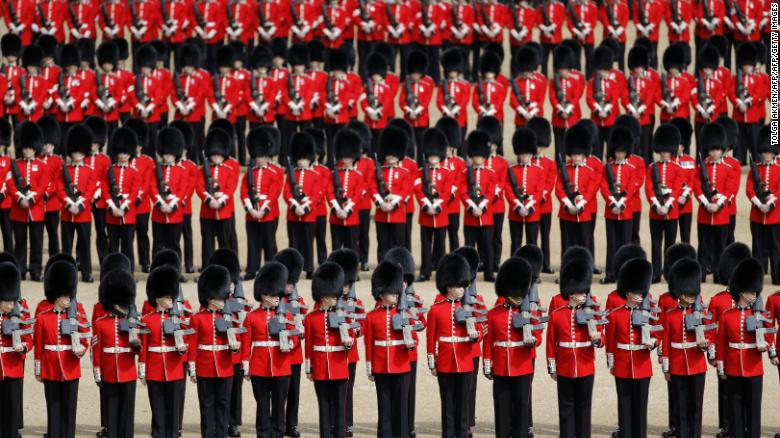 The event was also marked by a 41-gun salute in Green Park by the Horse Artillery.The Queen’s real birthday is on April 21, but official celebrations always take place in June, and often for a whole weekend. The nation’s longest serving monarch turned 93 in April. 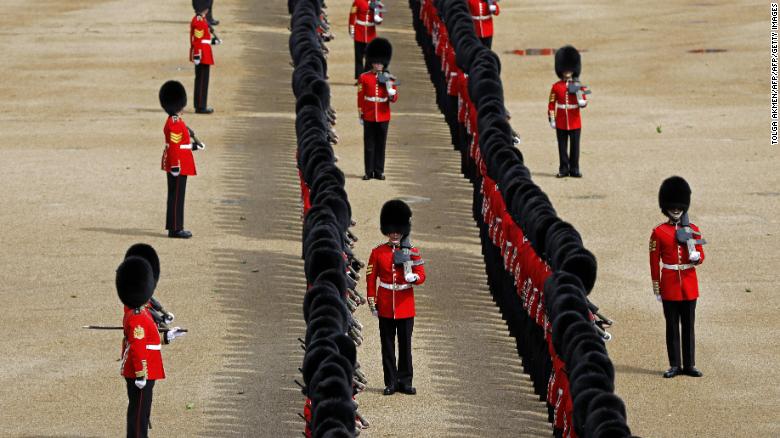 The Parade moves from Buckingham Palace and down the Mall to Horse Guard’s Parade in Whitehall.

According to the Royal Family’s website, the Trooping of the Color has traditionally marked the official birthday of the British Sovereign for more than 260 years.