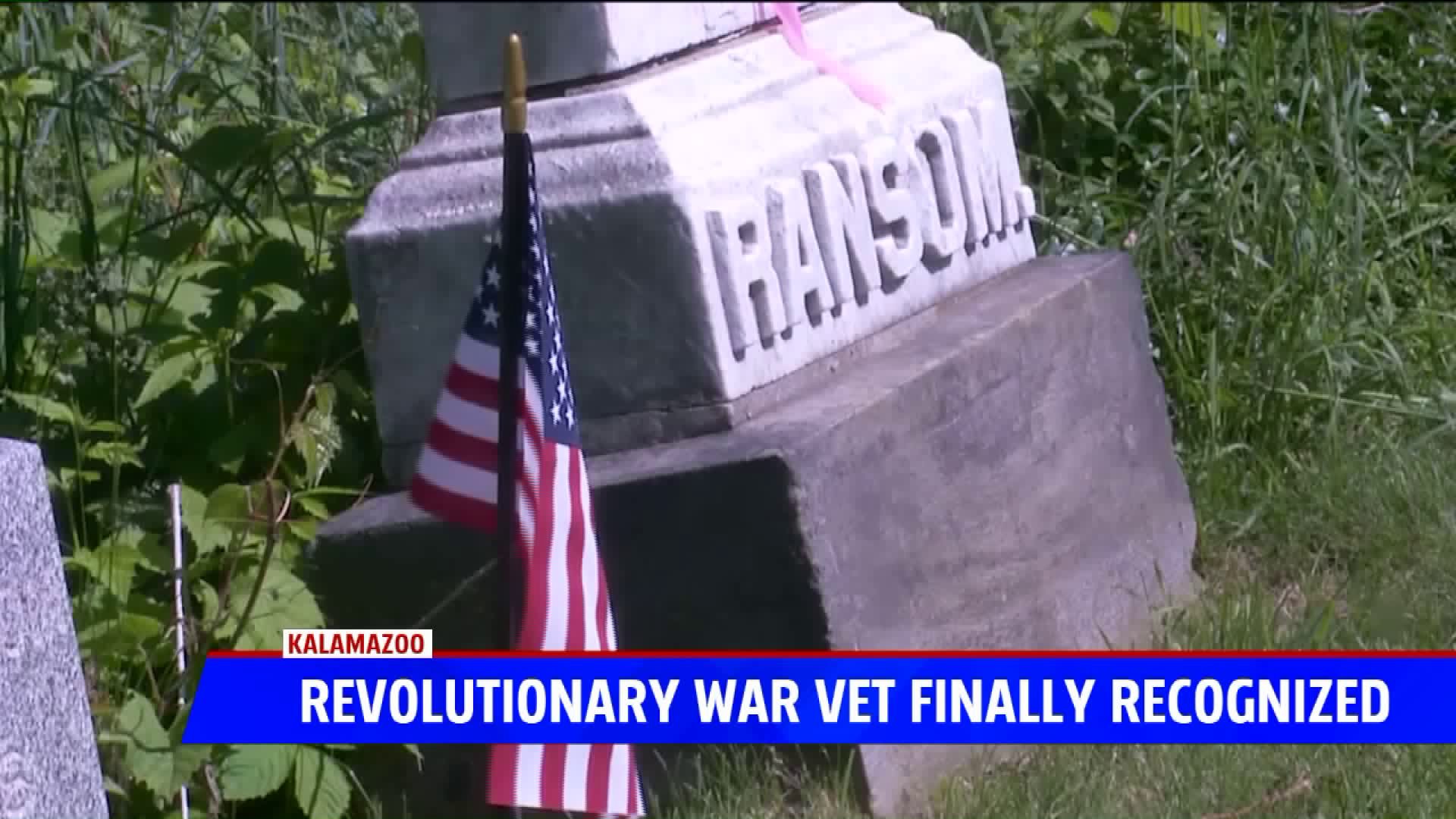 KALAMAZOO, Mich. — The Daughters of the American Revolution said it’s their goal to make sure that all patriots are recognized. So when the Lucinda Hinsdale Stone chapter learned that a headstone was missing from a man who fought in the revolutionary war, they worked to get him a new one.

“So in looking into it we found that it’s true, that it had been marked but the marker had disappeared,” said historian Paula Fenstermaker. “So we are officially re-marking the grave."

Fenstermaker said Ezekiel Ransom fought in the American Revolution when he was 14 years old after he joined the militia in Vermont and then later enlisted in the 6th Massachusetts Regiment. After the war, he worked in the local government in Townshend, VT setting up schools for everyone because he believed in the power of education.

“From what he did, starting [Kalamazoo] College and working for that and for the baptist church here, he wanted to have an educated citizenry,” Fenstermaker said. “And look we still have K-College going today.”

In 1835, when Ransom was 75 years old he moved from the East Coast to Kalamazoo, where a handful of his 12 children settled, Fenstermaker said. He established the First Baptist Church, holding its first meetings in his home, and also became a founding a member of the Michigan and Huron Institute, which later turned into Kalamazoo College.

“Ezekiel Ransom is really I think a fascinating person,” said Karen Woodworth, regent of the chapter. “It’s just wonderful to see how he gave back to his community. He really let his faith and his values play through.”

Ransom died a few years later and was buried at Mountain Home Cemetery on Main Street. Over the years, his headstone went missing. Now, the D.A.R. is replacing it and giving him a re-dedication ceremony on Sunday June 9 at 2:30 p.m. They’ve reached out to his descendants who are expected to be in attendance.

“He was only here for 3 years but he sure made a big impact,” Woodworth said.