Know the Law: Difference between state and federal courts 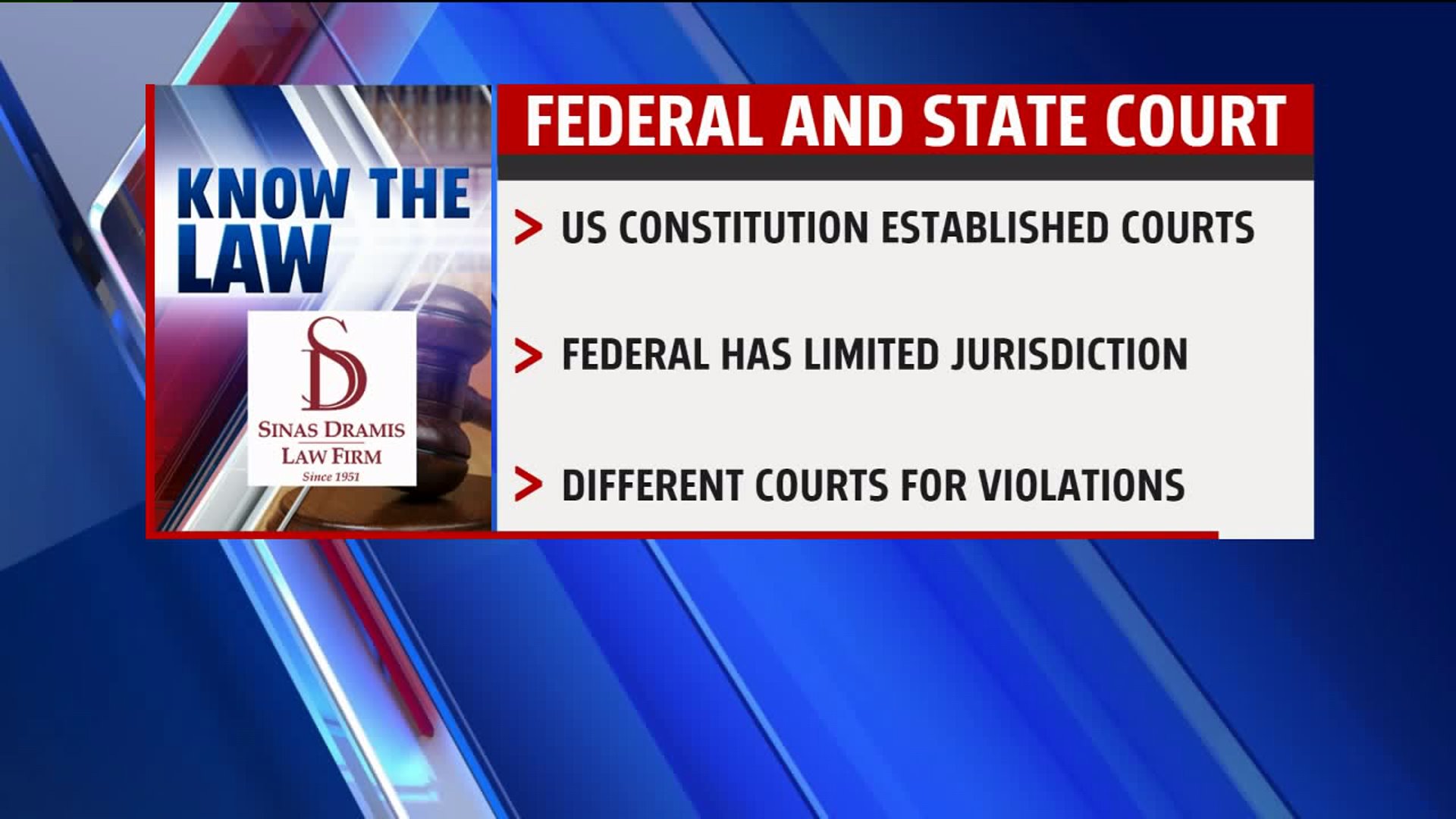 The United States Constitution created a system of government which shares power between the federal and state governments, also known as “federalism.” As a result, this led to the creation of federal and state courts, which are independent from one another.

Without any prior knowledge, it can be confusing on how to determine whether a case falls within the jurisdiction of the federal or state courts. The answer is more complicated than you may think and is mainly determined by jurisdiction.

A legal case can either be a “civil” or “criminal” case. Civil cases are comprised of private disputes between persons and organizations. Criminal cases involve actions that are considered harmful to society. Both federal and state courts hear these types of cases.

A role of the United States Congress is to pass certain laws that make particular conduct illegal, known as federal laws. For example, if someone is arrested for drug trafficking across state lines, they are violating a federal criminal law and their case will be heard in federal court.

Although they are some of the most evil crimes, rape, murder, and assault are not federal criminal cases, unless they cross state lines. However, the jurisdiction for most criminal cases include violation of state laws.

The next time you are watching the news and hear anything about a state or federal case, now you will have an idea of how the case got to be where it is.