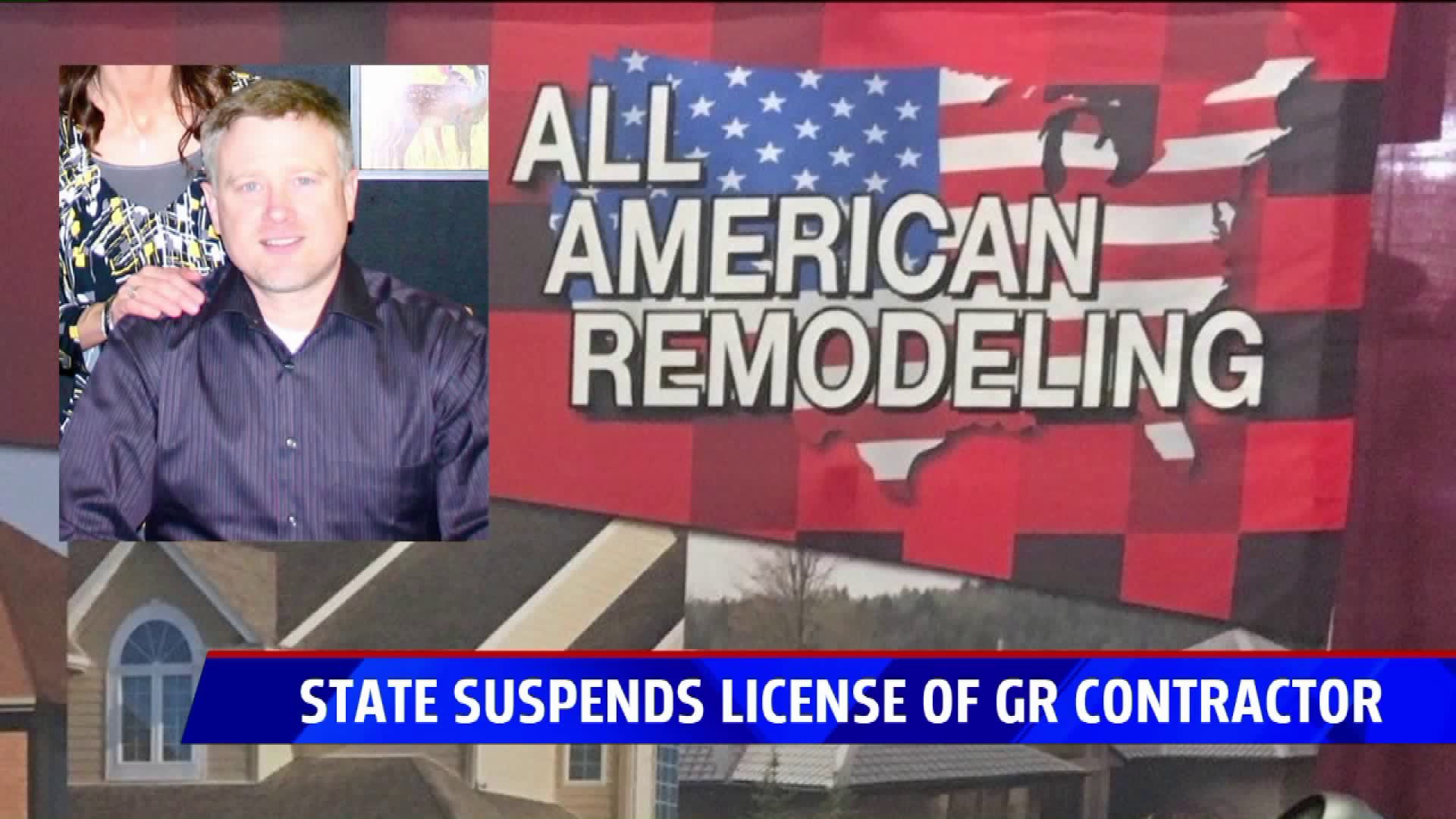 LANSING, Mich. - A Grand Rapids roofer has had his building license suspended by the State of Michigan for violations of Michigan Residential Code.

The Licensing and Regulatory Affairs (LARA) Bureau of Construction Codes has suspended the licenses of Snyder's Roofing LLC in Grand Rapids and Eric David Snyder who operated as Snyder Roofing in Greenville. Officials at LARA says the suspension is because two other affiliated building licenses, for All American Remodeling, Inc. and Eric David Snyder, were suspended for failure to comply with two consent orders by the Michigan Board of Residential Builders and Maintenance and Alteration Contractors.

Two homeowners had filed separate complaints against Snyder and All American Remodeling for failure to obtain a building permit and violations of the Occupational Code. In one instance the company had been hired to tear off an existing roof and install a metal roof. The inspector reported that Snyder failed to get a building permit before starting work and then did not follow the manufacturer instructions on installing the roof covering and the flashing. Snyder was fined $500, but he failed to comply.

In another instance, Snyder was hired to install a new roof decking, shingles, three solar panels and to modify roof overhangs. He again didn't get the proper permit before starting or finishing the work and also didn't include his license information in the contract. He was ordered to pay a $1,000 fine and pay over $1,000 in restitution to the City of Grand Rapids, which he did not do.