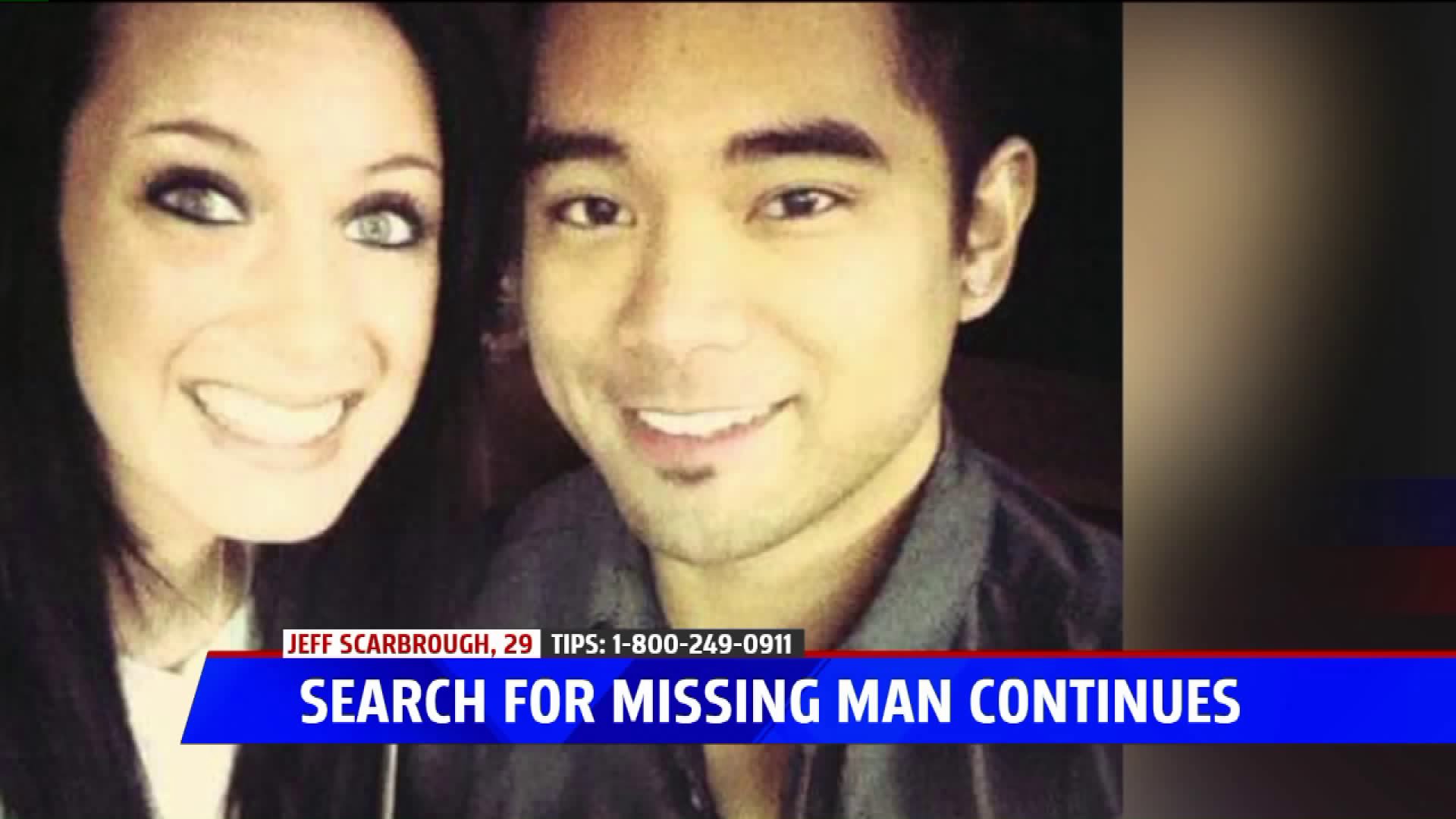 GRAND HAVEN, Mich. — The Grand Haven Department of Public Safety is asking for help in finding a missing resident.

Family says Scarbrough was texting with his son at around 4:45pm in the afternoon. Police say Scarbrough had planned to pick up his son in Fruitport following the golfing trip. When he didn't show, his son sent him another text one hour later. The text, however, went 'undelivered,' according to his family.

“He doesn’t have any mental issues or any, he don’t never disappear," said Roy Scarbrough. "He’s very reliable and any time there’s anything that bothers him, I’m the first one to get the call.”

Scarbrough's father, along with dozens of other friends and family, have spent hours searching for the missing 29-year-old since he disappeared. They began where he was last seen and have worked their way towards other areas in the surrounding region. On Monday evening, they were searching near Fruitport.

Family and friends have created a Facebook group trying to assist in finding Scarbrough and have organized search parties.