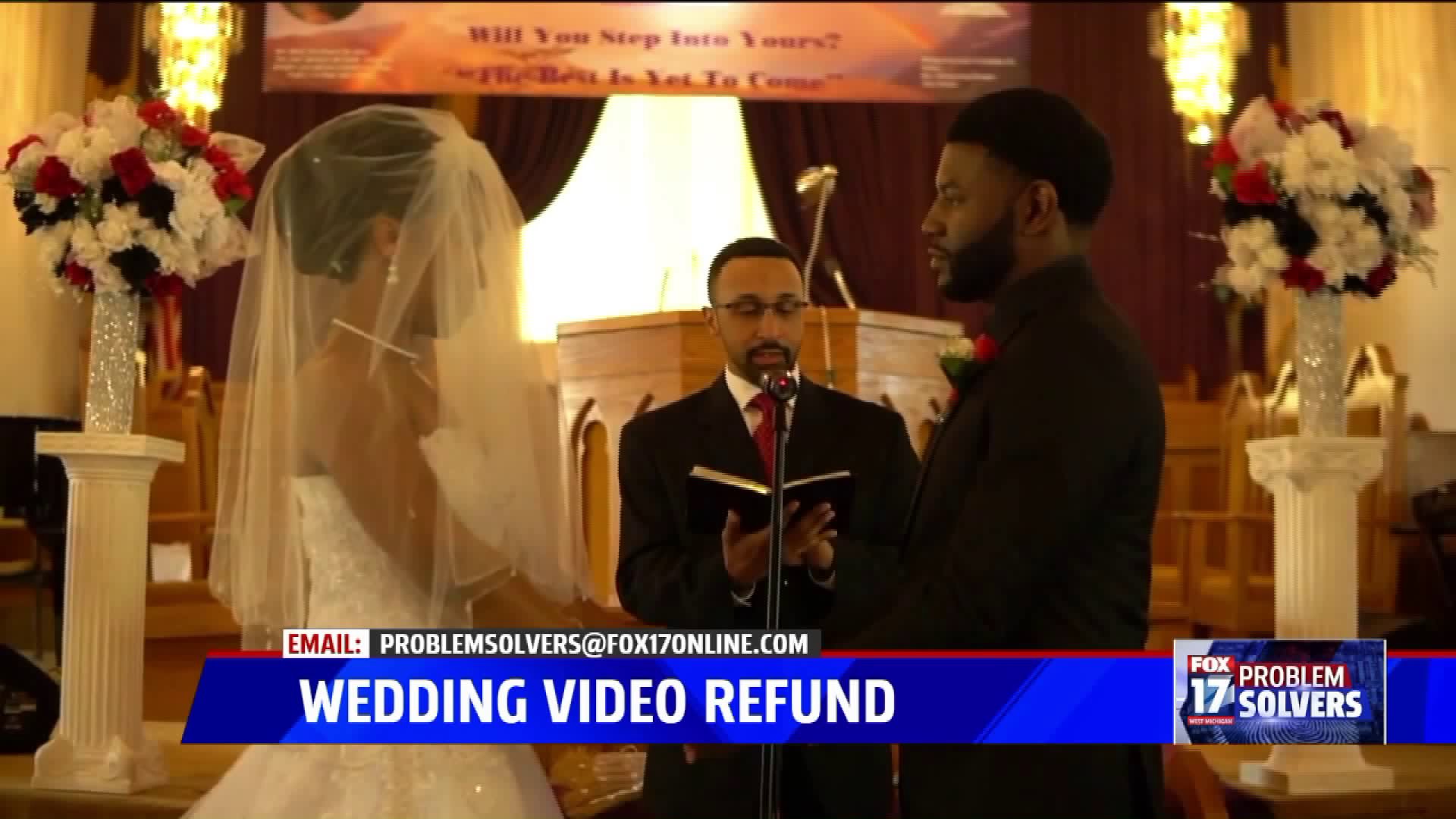 KALAMAZOO, Mich. — Sherieé and Nicholas Tolbert-Jordan tied the knot in June 2018. For the big day, the couple hired Fino's Photography.

Owner Delfino Hernandez was contracted to record their wedding for $500, a decision the newlyweds said they quickly came to regret.

Tolbert-Jordan said she had been told to expect the video on DVD about two weeks after the wedding, but that two weeks came and went. The newlyweds said they got nothing but excuses.

"We looked on his Facebook and seen he was doing other projects," she recalled. "He basically was kind of dodging us.”

Sherieé explained, "He posted all on his Facebook, and it was well after our wedding."

"We hadn't even gotten our CD yet," she added.

Three different times in August 2018, Hernandez promised delivery of the disc, they tell us. It never came. Hernandez eventually sent a link to a 10-minute YouTube clip. However, they said it didn't have the key moments from the 8-hour shoot. Eventually, the videographer sent another 40 minutes of footage but some audio was missing.

The couple was fed up and asked for a refund. They say Hernandez agreed to repay them the $500 but that he's been dragging his feet since the fall on paying the full amount.

"Those are our memories," he said. "He basically, in a way, made a mockery of us by not taking this project seriously."

"That really hurt us," Sherieé said, “and you just don't treat people like that, especially on our wedding day. That's the one day that we can never get back.”

FOX 17 reached out and spoke to Hernandez by phone. He said he has four clients with similar complaints who he's been paying back over the past several months. He said he had a death in the family last summer and that he lost motivation to work at the time.

The Tolbert-Jordan's say he still owes them $300.